A man's obsession with his designer deerskin jacket causes him to blow his life savings and turn to crime.
(NR, 77 min.)
Le daim (original title) 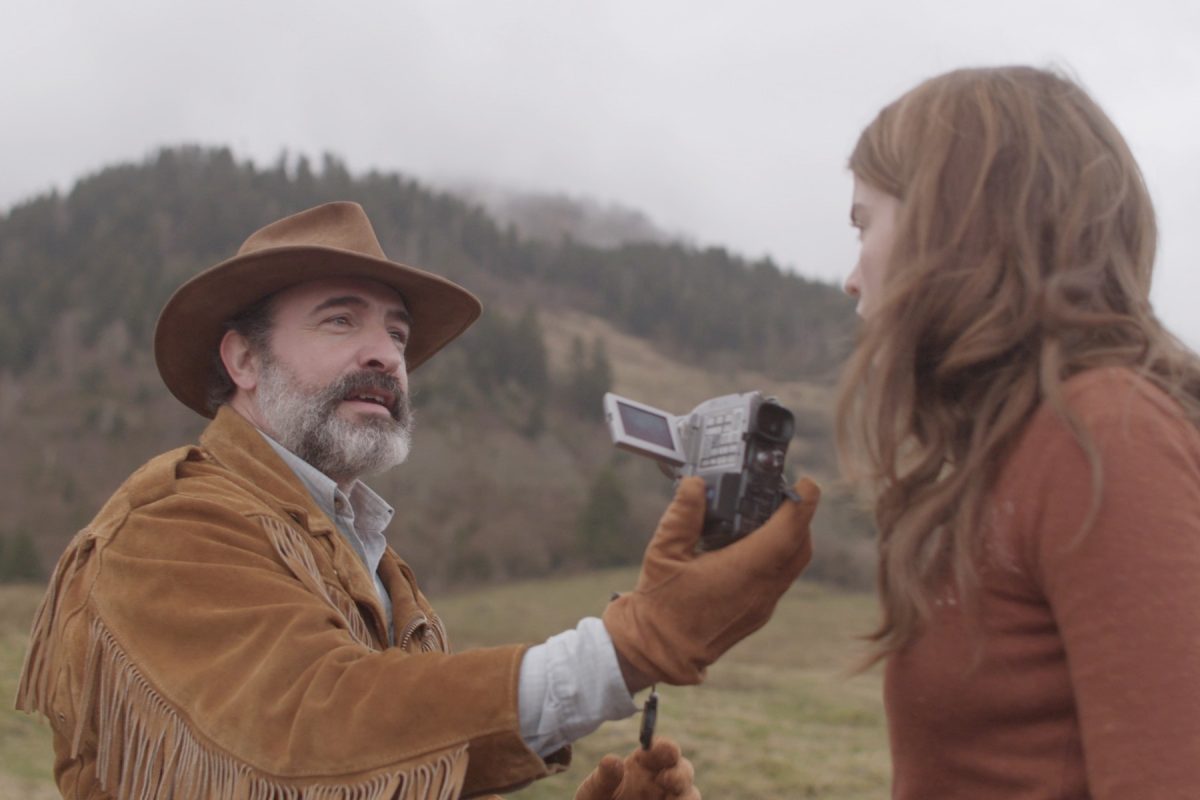 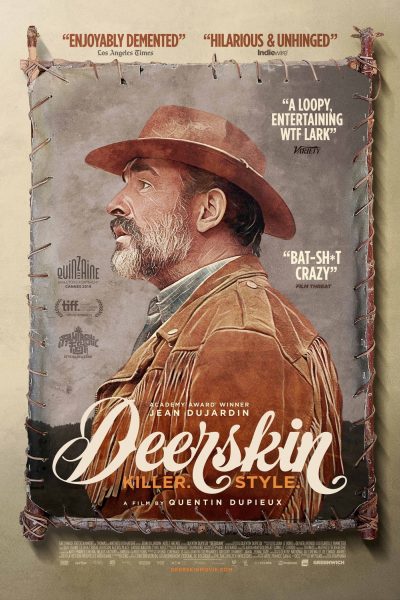 Click here to view.
Link will be live the week of the film screening (May 22nd).

A recent divorcee (Jean Dujardin) becomes obsessed with a vintage fringed deerskin jacket that begins to exert an uncanny hold on him. Set in a sleepy French alpine village, he falls into the guise of an independent filmmaker and befriends a trusting bartender and aspiring editor (Adèle Haenel) who becomes his collaborator on a movie that will document a surprising new goal he sets himself. [Metacritic]

"A hilarious and twisted festival amuse-bouche with tremendous cult appeal."

"At barely over an hour, Deerskin packs quite a punch, and is bound to get under your skin."

"Brisk, brief, and blissfully strange, "Deerskin" could only have come from the possibly alien brain of France's Quentin Dupieux."

"Deerskin is funny, weird and original; it features two charismatic stars, and it does everything it needs to do in only 77 minutes."

"Despite playing an odd, mad villain, Dujardin (best known for his Oscar-winning performance in "The Artist") remains dangerously charming."

"A comedy that progresses with such matter-of-fact deadpan illogic that you may not even notice its full-on swerve into horror and madness until it's too late."

"Dujardin is the sort of leading man who likes to mix it up, and in "Deerskin" he gives an adventurous downbeat performance that tosses vanity - and sanity - right out the window."