An unflinching look at how the police killing of 18-year-old Mike Brown inspired a community to fight back and sparked a global movement.
(R, 102 min.) 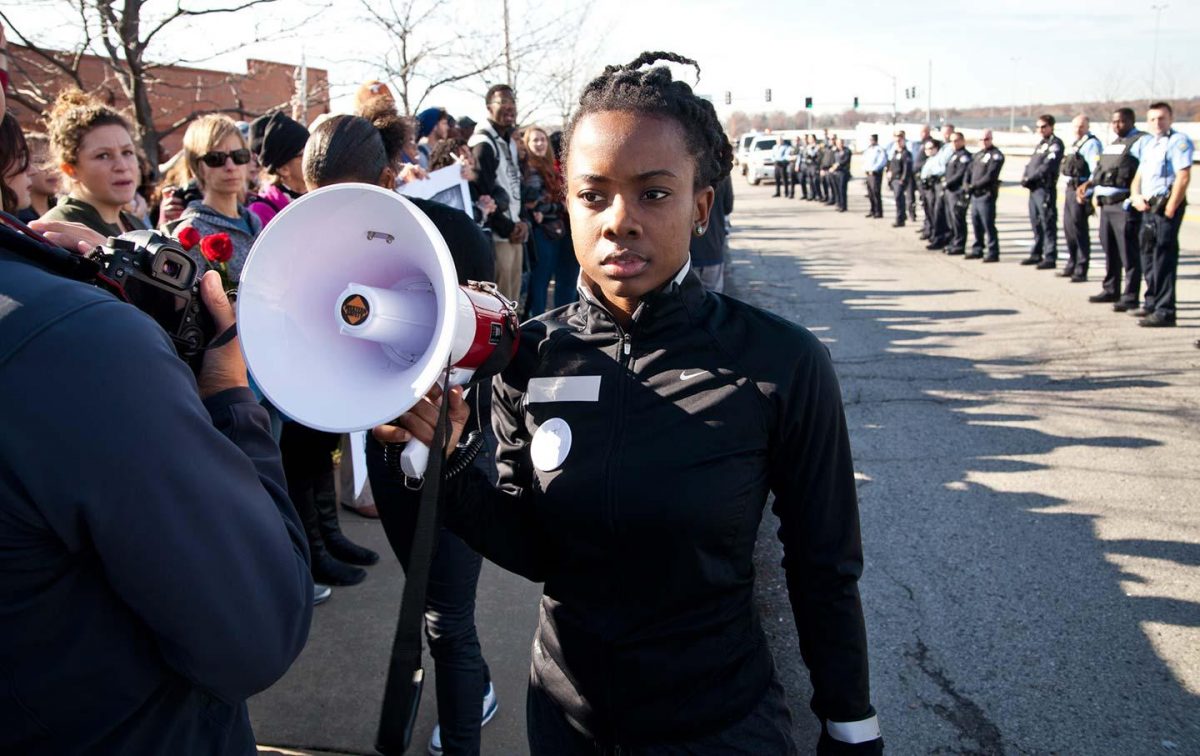 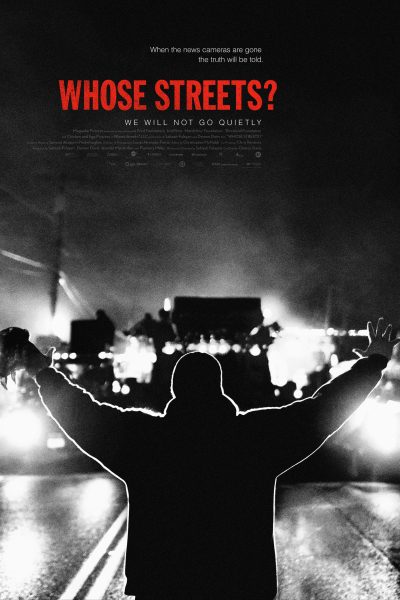 Told by the activists and leaders who live and breathe this movement for justice, Whose Streets? is an unflinching look at the Ferguson uprising. When unarmed teenager Michael Brown is killed by police and left lying in the street for hours, it marks a breaking point for the residents of St. Louis, Missouri. Grief, long-standing racial tensions and renewed anger bring residents together to hold vigil and protest this latest tragedy. Empowered parents, artists, and teachers from around the country come together as freedom fighters. As the national guard descends on Ferguson with military grade weaponry, these young community members become the torchbearers of a new resistance. Filmmakers Sabaah Folayan and Damon Davis know this story because they are the story. Whose Streets? is a powerful battle cry from a generation fighting, not for their civil rights, but for the right to live. [Magnolia Pictures]

"Whose Streets? is an impassioned polemic."

"Told from the perspective of activists, artists, and residents, Whose Streets? is a commemoration of and tribute to the humans of Ferguson."

"A riveting street-level account, not only of Ferguson's days of rage, but also the decades of marginalization and mistreatment that led up to them."

"'Whose Streets?' doesn't pretend to solve any problems, only illuminate those that are happening everyday. It's a documentary that lives and breathes in the here and now."

"'Whose Streets?' looks beyond the media narrative to offer what Davis has called "black people seeing black people" - validation, encouragement and love in the face of a bitter legacy of injustice."

"'Whose Streets?' illustrates a generational changing of the guard in the rhetoric and aims of social activism, along with a growing impatience and a reliance on tactics that can seem as naive as they are highly visible."