Daniel experiences a spiritual transformation in a detention center. Although his criminal record prevents him from applying to the seminary, he has no intention of giving up his dream and decides to minister a small-town parish.
Boze Cialo (original title)
(NR, 115 min.) 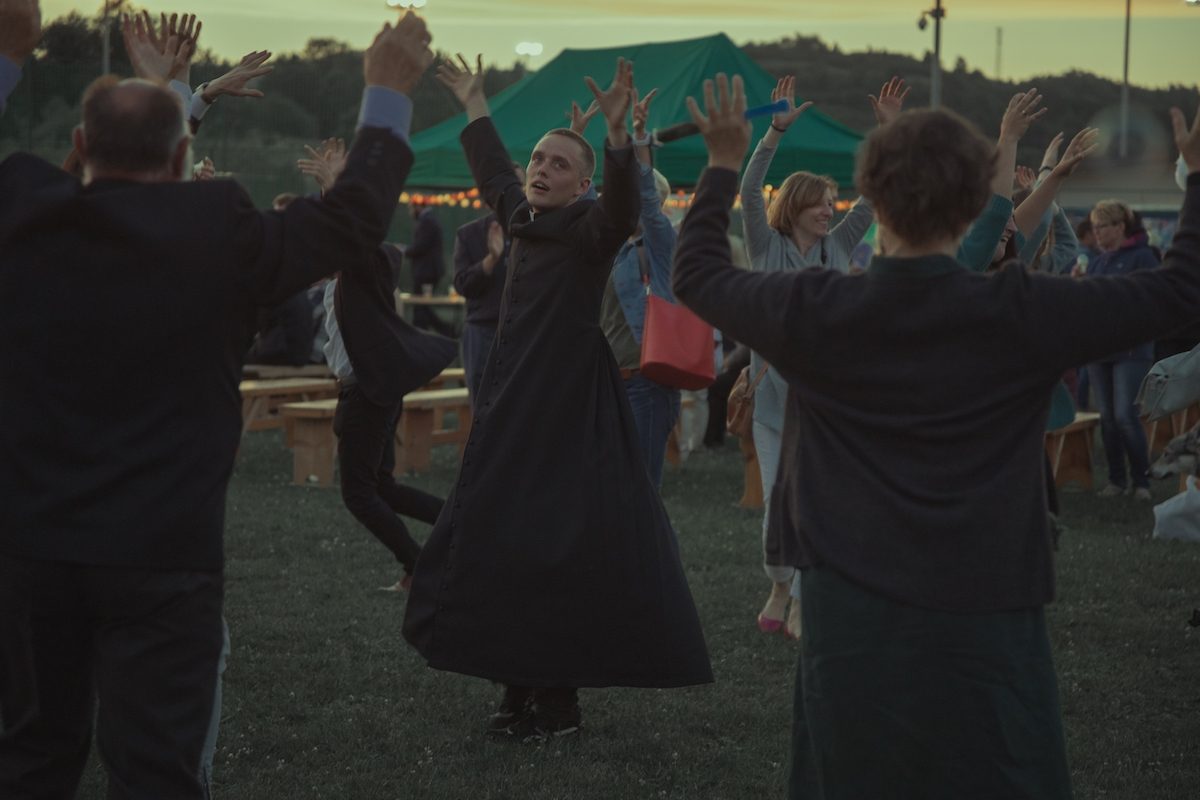 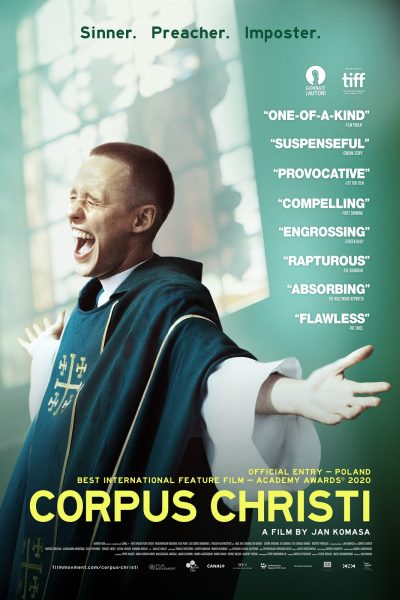 Corpus Christi will not be available for public rental or sale for several months, but we’re making it accessible to you for home viewing.

A portion of your ticket payment with the Moxie. Please note that this arrangement, in these unprecedented times, means we’re unable to offer member pricing. Thanks for your understanding and for your support. And if you’d like to consider an additional donation to the Moxie, we’d be most grateful. You can do so here.

Summary:
After spending years in a Warsaw prison for a violent crime, 20-year-old Daniel is released and sent to a remote village to work as a manual laborer. The job is designed to keep the ex-con busy, but Daniel has a higher calling. Over the course of his incarceration he has found Christ, and aspires to join the clergy - but his criminal record means no seminary will accept him. When Daniel arrives in town, one quick lie allows him to be mistaken for the town’s new priest, and he sets about leading his newfound flock. Though he has no training, his passion and charisma inspire the community. At the same time, his unconventional sermons and unpriestly behavior raise suspicions among some of the townsfolk - even more so as he edges towards a dark secret that the community hasn't revealed in the confessional booth. [Metacritic]

"[A]n engrossing exploration of faith, second chances and the possibility of atonement."

"...powerfully intense.... It’s a disturbingly beautiful portrayal of denial, compassion, forgiveness, and love set in an unlikely place by an equally unlikely character."

"An electrifying canvas of youth in trouble and in crisis of identity, Komasa crafted an affecting and scandalous story about faith, compassion, resilience and human values."

"[T]he power and the glory of “Corpus Christi” reside in the film’s leading man, whose ineffable combination of wildness and purity makes for an absolutely electrifying central performance."

"story that packs an emotional punch while offering fresh themes and interesting perspectives on religion and faith, this is a striking feature that is impressive in every sense of the word and one of the year’s best directed films – foreign or otherwise."

"[I]t’s an understated, fierce masterpiece that deserves to be remembered as one of the finest films of 2019. A powerful, unforgettable and challenging film in its own way, Corpus Christi asks vital questions about the true meaning of redemption and belief."

"An intelligent and provocative film which alternately charms and unsettles, Corpus Christi is Poland's entry for the 2020 Best Foreign Language Oscar. It's a small torn drama with much bigger connotations and it thoroughly deserves its place on the world stage."

""Original and absorbing. What is true faith and what's fakery is a question that runs through Polish director Jan Komasa's slow-burn drama Corpus Christi, its dark intensity channeled in a dynamically physical, wild-eyed performance from talented young lead Bartosz Bielenia. ""