The Tramp struggles to live in modern industrial society with the help of a young homeless woman.
(G, 87 min.) 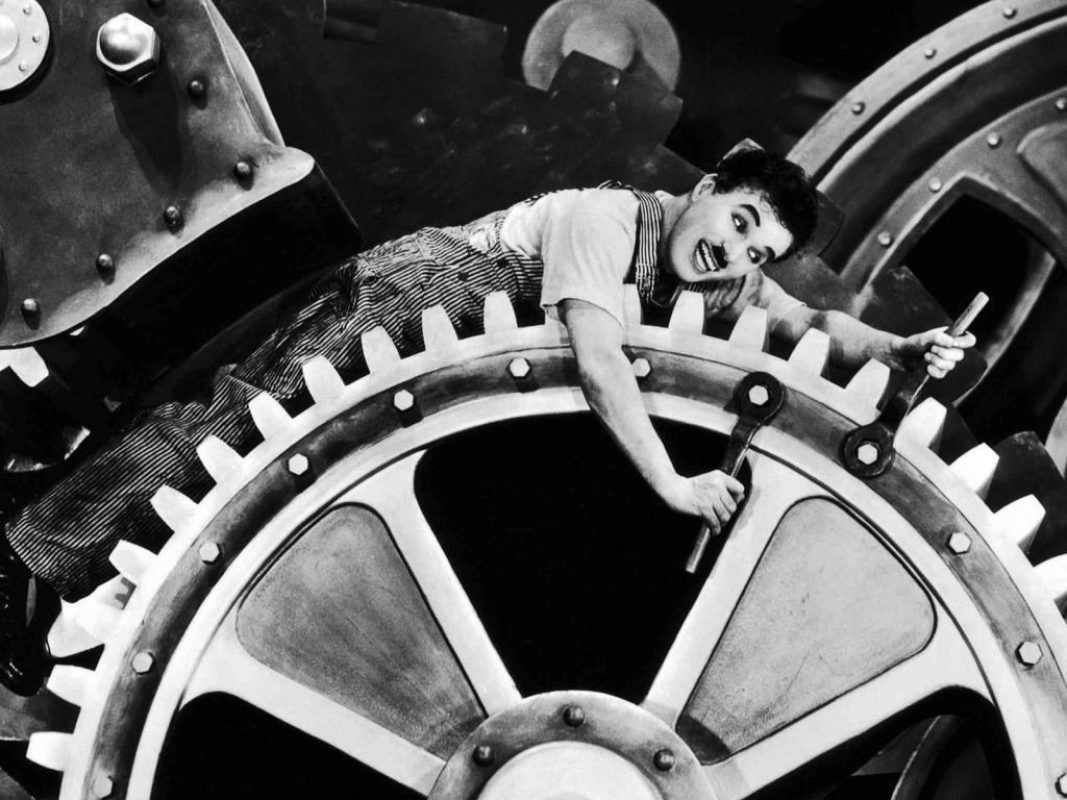 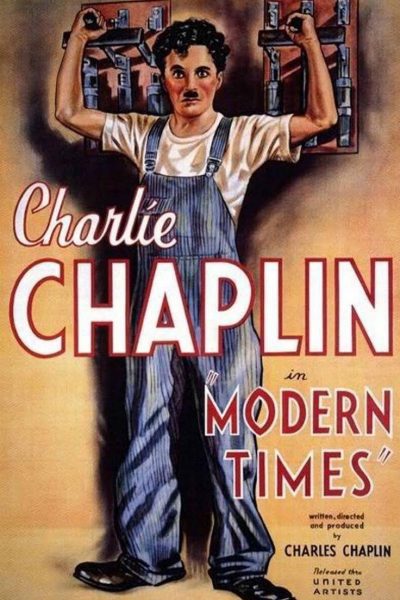 Free streaming of this classic is made possible thanks to the Springfield Greene County Library.

Free streaming of this classic is made possible thanks to the Springfield Greene County Library. To access the film you will need a current Library Card. Don't have a library card? Click here to sign up for a temporary card, or here to ask questions about your current library card). Access the film trough the Library's online streaming portal called Hoopla. Go to their website or download the Hoopla Digital app from their respective app stores for smartphone/tablet. Hoopla FAQs here. If you are already an avid Hoopla fan, this check out will NOT count in your monthly check-out limit. Thanks, Library!

Stay tuned a for link to the live post show discussion of Modern Times with Moxie Mornings host, Ashley Fillmer. The post-show (90 min.) will be available at 11:30am on April 11th.
Modern Times is free to stream till the end of April.

Summary:
This episodic satire of the Machine Age is considered Charles Chaplin's last "silent" film, although Chaplin uses sound, vocal, and musical effects throughout. Chaplin stars as an assembly-line worker driven insane by the monotony of his job. After a long spell in an asylum, he searches for work, only to be mistakenly arrested as a Red agitator. Released after foiling a prison break, Chaplin makes the acquaintance of orphaned gamine (Paulette Goddard) and becomes her friend and protector. He takes on several new jobs for her benefit, but every job ends with a quick dismissal and yet another jail term. During one of his incarcerations, she is hired to dance at a nightclub and arranges for him to be hired there as a singing waiter. He proves an enormous success, but they are both forced to flee their jobs when the orphanage officials show up to claim the girl. Dispirited, she moans, "What's the use of trying?" But the ever-resourceful Chaplin tells her to never say die, and our last image is of Chaplin and The Gamine strolling down a California highway towards new adventures. The plotline of Modern Times is as loosely constructed as any of Chaplin's pre-1915 short subjects, permitting ample space for several of the comedian's most memorable routines: the "automated feeding machine," a nocturnal roller-skating episode, and Chaplin's double-talk song rendition in the nightclub sequence. In addition to producing, directing, writing, and starring in Modern Times, Chaplin also composed its theme song, Smile, which would later be adopted as Jerry Lewis' signature tune. [Hal Erickson, Rovi]

A thorough, spoiler-filled Parent's Guide can be found here.

"Good physical comedy will always be funny, and Chaplin was a master."

"Do you have to be reminded that Chaplin is a master of pantomime? Time has not changed his genius."

"One of the many remarkable things about Charlie Chaplin is that his films continue to hold up, to attract and delight audiences."

"The picture is grand fun and sound entertainment, though silent. It's the old Chaplin at his best, looking at his best -- young, pathetic and a very funny guy."

"The opening sequence in Chaplin's second Depression masterpiece, of the Tramp on the assembly line, is possibly his greatest slapstick encounter with the 20th century."