A secretive, high-tech gerrymandering initiative launched 10 years ago threatens to undermine our democracy. Slay the Dragon follows everyday people as they fight to make their votes matter.
(PG-13, 101 min.) 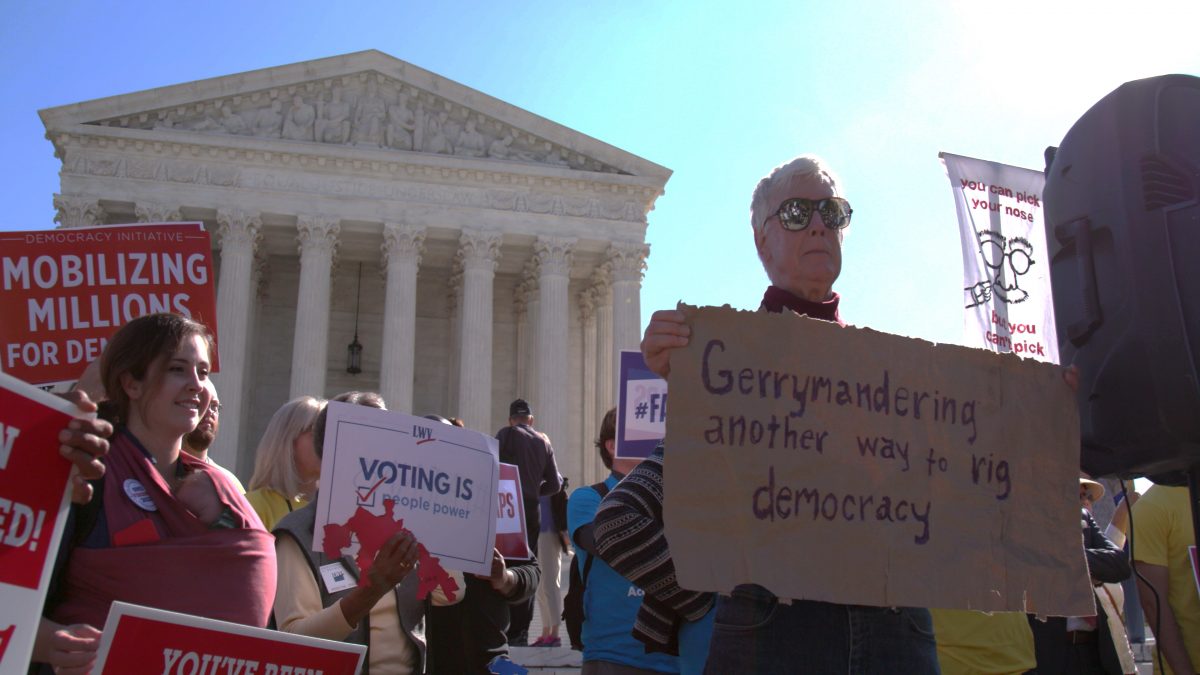 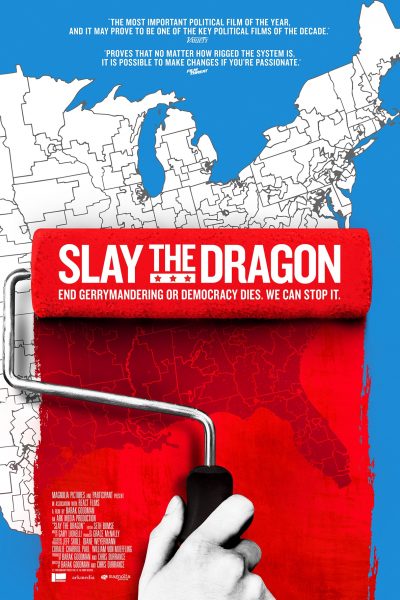 When you buy a ticket for SLAY THE DRAGON here on your theater’s unique webpage, 50% of the net proceeds will go directly to the theater.


You can watch the film using the link provided on your receipt. Alternatively, once your transaction goes through you can click “Watch Film” on the confirmation page that pops up. That will direct you back to our lobby page - just find your theater to start watching.

Please note: this film is compatible with desktop, tablet, smartphone, Chromecast, and AirPlay. If you wish to watch on another device, check https://slaythedragon.vhx.tv/help before you purchase. There are no native apps for smart TVs, Roku, Amazon Fire Stick, or Apple TV.

Thank you for your continued support of independent films and the theaters that are dedicated to presenting them on the big screen. We can’t wait to be back up and running. In the meantime, please stay safe and we hope you enjoy the movie.

Summary:
After the 2008 election, a secretive, well-funded partisan initiative poured money into state legislative races in key swing states to gain control of their redistricting processes and used high-tech analytics to dramatically skew voting maps based on demographic data. The result is one of the greatest electoral manipulations in U.S. history, one that poses a fundamental threat to our democracy and exacerbates the already polarized atmosphere in Congress and state houses across the country. Gerrymandering, the practice of redrawing electoral maps to serve the party in power, has been around for centuries. But in today’s hyperpartisan political environment it has been taken to unprecedented extremes, fueled by the elimination of corporate campaign contribution limits and the availability of vast amounts of personal information. The effects of this audacious plan have continued to bear fruit through the 2018 midterms. But voters, fed up with cynical efforts to sidestep the will of the majority, have begun fighting back. In one example, a grassroots movement led by a young woman with no political experience gathered hundreds of thousands of signatures to put an anti-gerrymandering initiative on the ballot in Michigan. The new documentary Slay the Dragon shines a light on this timely issue, and follows a handful of citizens’ groups, outraged by what they see as an attack on the core democratic principle that every person’s vote should count equally, as they battle party operatives and an entrenched political establishment to fix a broken system. [Magnolia Pictures]

"This film is absolutely infuriating and it is must-see viewing."

"Goodman and Durrance have made a dense, numbers-driven subject very accessible."

"Slay the Dragon does an extraordinarily good job of taking a complex issue and connecting the dots, which seems particularly appropriate for a documentary about gerrymandering."

"Slay the Dragon is the most important political film of the year, and it may prove to be one of the key political films of the decade. [It's] an incisively made and morally suspenseful film, at once chilling and stirring."

"Slay the Dragon isn’t a glorified PowerPoint presentation about the history of voting. It’s an unabashed activist documentary aimed at convincing viewers they can fight gerrymandering in their home states."

"Ultimately, Slay the Dragon emphatically proves that no matter how rigged the system is and how high the opposition is stacked against you, it is possible to make changes if you’re passionate and articulate enough to convince your neighbors that something has to be done."