A profile of giraffe researcher Anne Dagg who, in 1956, became one of the first people to ever observe and report on animal behaviour.
(NR, 123 min.) 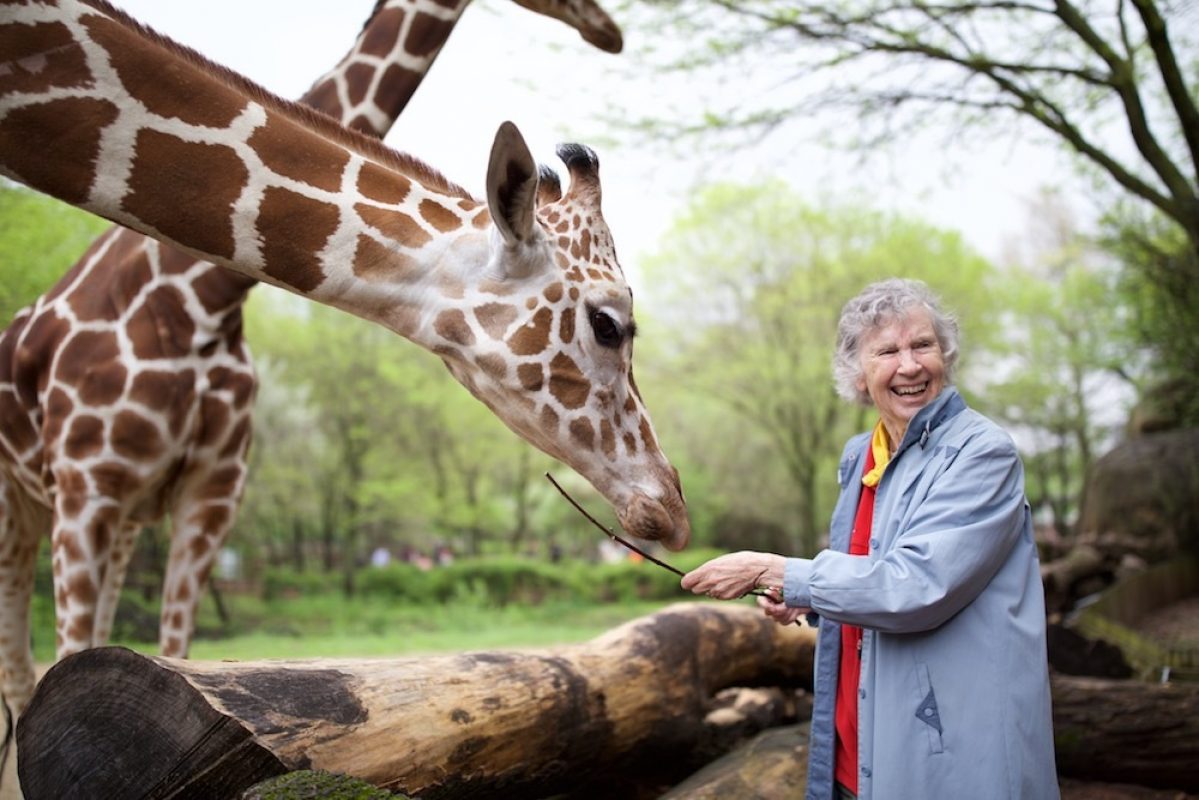 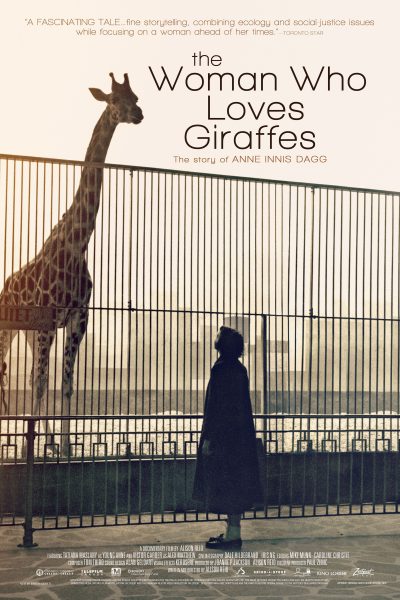 The Woman Who Loves Giraffes will not be available for public rental or sale for several months, but we’re making it accessible to you for home viewing.

In 1956, four years before Jane Goodall ventured into the world of chimpanzees and seven years before Dian Fossey left to work with mountain gorillas, 23-year-old biologist Anne Innis Dagg made an unprecedented solo journey to South Africa to study giraffes in the wild. In The Woman Who Loves Giraffes, Anne (now 86) retraces her steps, and with letters and stunning, original 16mm film footage offers an intimate window into her life as a young woman, juxtaposed with a first hand look at the devastating reality that giraffes are facing today. Both the world’s first ‘giraffologist’, whose research findings ultimately became the foundation for many scientists following in her footsteps, and the species she loves have each experienced triumphs as well as setbacks.

"Despite some grim ecological statistics and a conservationist message, the movie is so inspirational it feels like the sort of old-fashioned family film that can now be excavated on Disney+."

"Alison Reid deserves high praise for fine storytelling, combining ecology and social-justice issues while focusing on a woman ahead of her times, whose ambitions were thwarted by institutional sexism."

"Innis Dagg returns to the site of her innovative research, and the accompaniment of vivid color photographs and 16-millimeter footage the scientist herself took in the late '50s render the duality of the experience all the more bewitching."

"Reid meticulously investigates why Dr. Dagg’s groundbreaking work didn’t quite collect the widespread acclaim that it deserved. Underneath it all lies a heartbreaking tale of a driven woman stifled by institutional misogyny — a fascinating story stunt coordinator-turned-filmmaker Reid patiently approaches from various captivating angles."