Rahim is in prison because of a debt he was unable to repay. During a two-day leave, he tries to convince his creditor to withdraw his complaint against the payment of part of the sum. But things don't go as planned.
(PG-13, 127 min.)
Original title: Ghahreman 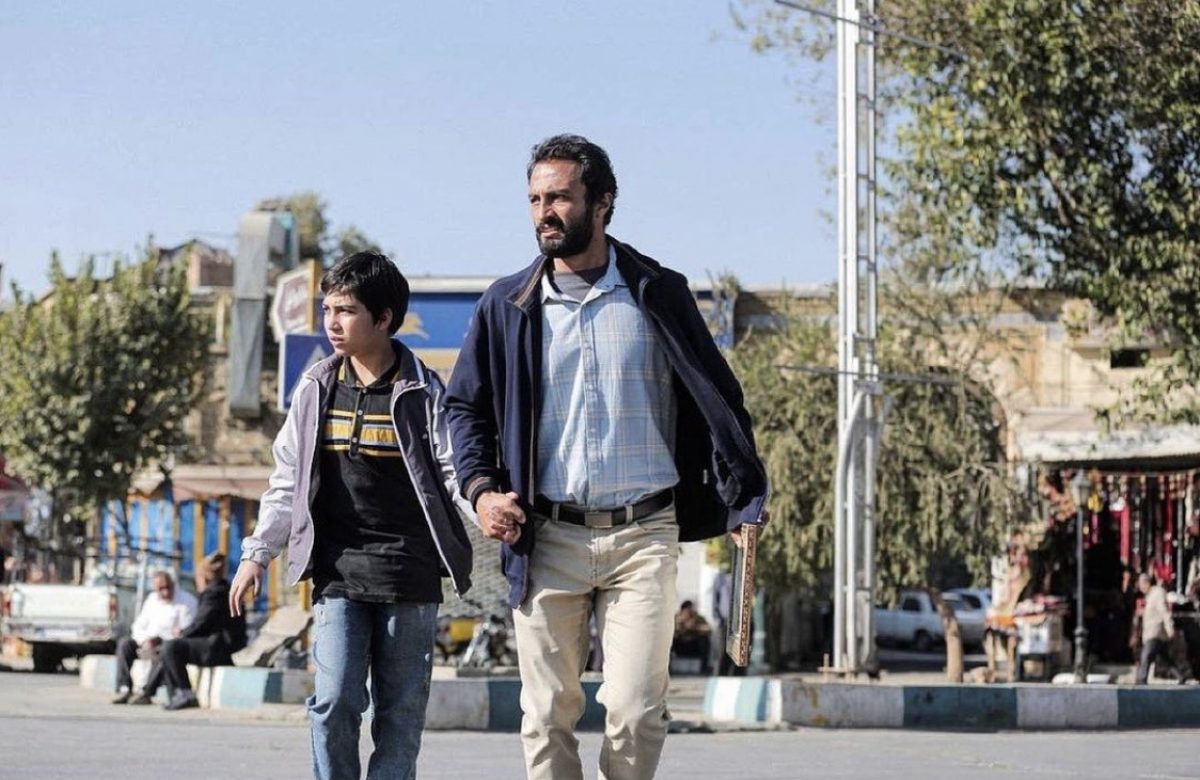 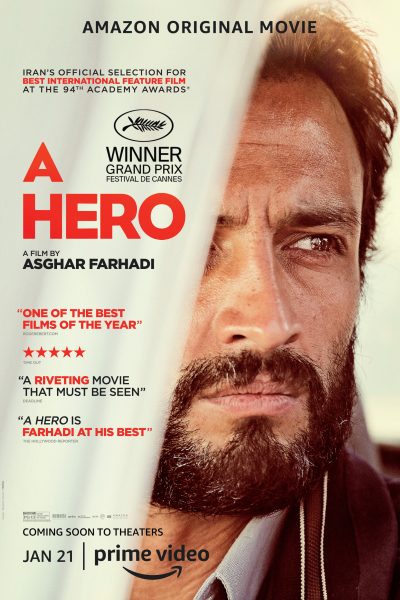 Rahim is in jail for a debt he hasn't been able to pay. During a two-day leave, he tries to convince his creditor to withdraw his complaint in exchange for paying back part of the debt. Rahim is then confronted with a crisis he would never have imagined.
[Metacritic]

"A soulful reflection on the morality of crime."

"A very fine film about honesty, honor and the price of freedom."

"Part of the movie’s brilliance is in how it questions the very concept of a good deed."

"'A Hero' is a chilling demonstration of how, as the song says, money changes everything."

"It’s a superb morality play that immerses us deeply in a society’s values and rituals and keeps us guessing right to its powerful final shot."

"Shot with precision, written with elegance and unfolding at a thriller-like pace, A Hero should perform very well around the world after this bow."

"The film is a demonstrative examination of the way our raising of heroes onto social media pedestals diminishes the messy, sometimes impenetrable truth of human lives."

"Iran is a complex and bureaucratic country, but it is also the role of social media and so-called ‘fake news’ that lend A Hero a contemporary relevance, even as it feels like an ancient morality tale."

"A truly compelling drama anchored by the remarkable central performance of Amir Jadidi as a man who is almost undone by one selfless gesture that goes viral. And as we all know, viruses have a nasty tendency to mutate."

"In Mr. Farhadi's hands it's a deliciously ironic, exquisitely complex and mysteriously stirring tale of a man, his son and family, and the staining of multiple reputations by what seems, at the outset, to be a fairly minor lie."

"Farhadi is, of course, excellent at revealing character through people thrust into morally complicated circumstances. This is achieved here through a slow build and a masterfully nuanced set of character choices."

"As it takes more and more twists, the story veers on the edge of Shakespearean tragicomedy, with darkly funny results. But the dominant tone is dramatic, and occasionally tense and painful, as we watch our hero make dubious choices."