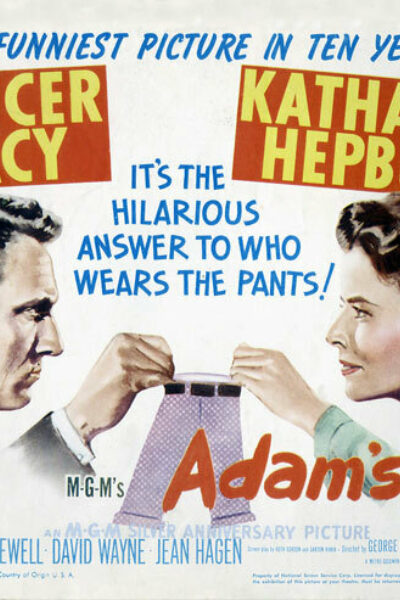 This new quarterly series showcases the “essential” films everyone should see on the big screen. For each month-long program, we’ll screen five films organized by one of the following themes: directors, actors, genres, and eras/movements. Essential tickets are $9 for Adults, $8 for Students/Seniors and Members get in Free! A true iconoclast known for her intelligence, determination and fierce demeanor Katharine Hepburn demonstrated remarkable staying power in a screen career that spanned more than six decades, winning three of her four Best Actress Oscars after the age of 60. Film Summary: Written by Ruth Gordon and Garson Kanin, Adam's Rib is a peerless comedy predicated on the double standard. Spencer Tracy and Katharine Hepburn play Adam and Amanda Bonner, a husband-and-wife attorney team, both drawn to a case of attempted murder. The defendant (Judy Holliday) had tearfully attempted to shoot her husband (Tom Ewell) and his mistress (Jean Hagen). Adam argues that the case is open and shut, but Amanda points out that, if the defendant were a man, he'd be set free on the basis of "the unwritten law." Thus it is that Adam works on behalf of the prosecution, while Amanda defends the accused woman. The trial turns into a media circus, while the Bonners' home life suffers. Adam's Rib represented the film debuts of New York-based actors Jean Hagen, Tom Ewell, and David Wayne (as Hepburn's erstwhile songwriting suitor), and the return to Hollywood of Judy Holliday after her Born Yesterday triumph. One of the best of the Tracy-Hepburn efforts, it inspired a brief 1973 TV series starring Ken Howard and Blythe Danner.