Sophie reflects on the shared joy and private melancholy of a holiday she took with her father twenty years earlier. Memories real and imagined fill the gaps between as she tries to reconcile the father she knew with the man she didn't. (R, 98 min.) 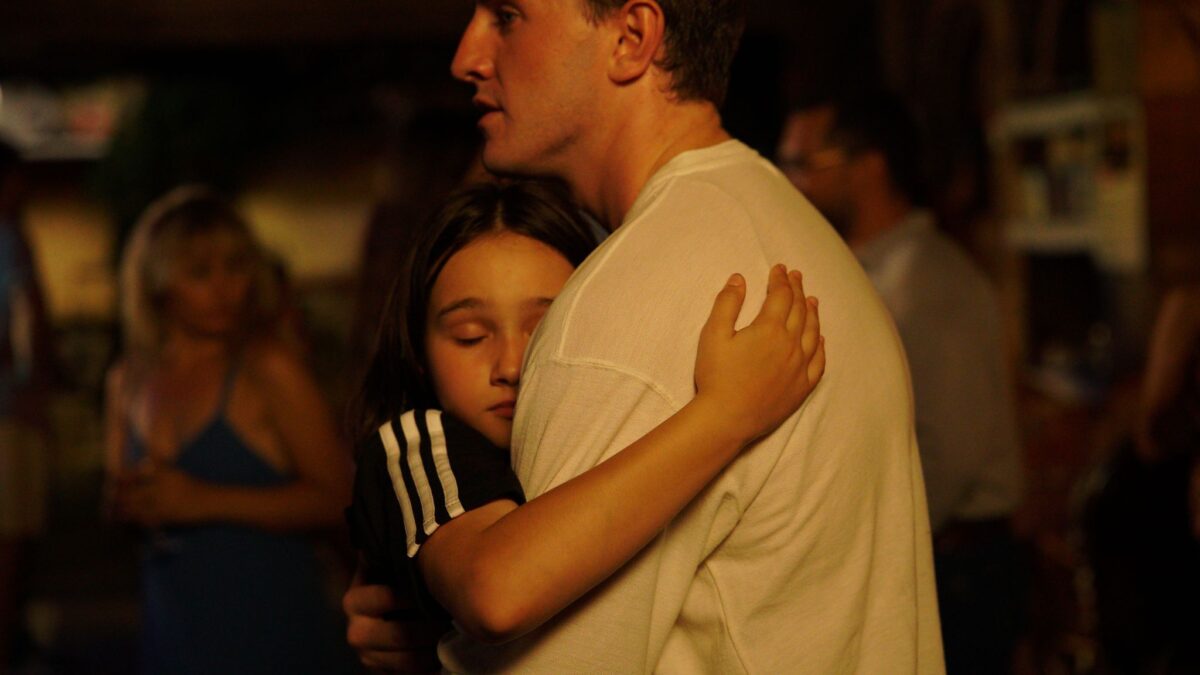 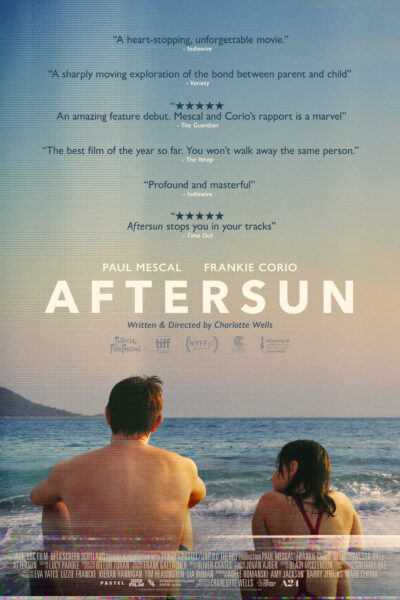 At a fading vacation resort, 11-year-old Sophie treasures rare time together with her loving and idealistic father, Calum (Paul Mescal). As a world of adolescence creeps into view, beyond her eye Calum struggles under the weight of life outside of fatherhood. Twenty years later, Sophie's tender recollections of their last holiday become a powerful and heartrending portrait of their relationship, as she tries to reconcile the father she knew with the man she didn't, in Charlotte Wells’ superb and searingly emotional debut film. [A24]

"Wells’ debut is a frankly astonishing work which will leave a lasting impression."

"A stunner, a heartbreaker on love, grief and the random moments in life that solidify into haunting memories."

"Aftersun cuts you in two with such emotional intensity, such impressive dramatic force, that I could only sit and fight back the inevitable tears."

"Rumors of something remarkable have circled around “Aftersun” since its première, at this year’s Cannes Film Festival, and guess what? The rumors are true."

"Aftersun is a film about memory and regret, of finding small islands of warmth and happiness and holding on; a movie that beautifully struggles to say what is unsaid."

"The way the visuals all dance across the screen in flashes of brilliance that strip away the barriers between form and feeling until they become one is nothing short of spectacular."

— Martin Carr, We Got This Covered

"Though any honest summation can't do it justice, Charlotte Wells's tender feature debut is the kind of revelation that movie fans dream of finding: not a wow so much as a guaranteed piece of emotional ravishment."

"A tribute to father-daughter relationships and the feeling of looking back on your childhood and realizing what your parents were going through, how much they loved you, and how you'll never really know who they were."

"If Wells has assembled a note-perfect evocation of a highly specific chapter — the end of a millennium and possibly something else — it’s when she deliberately breaks with realism that this gently aching movie achieves an overwhelming emotional force."

"A stunning debut that develops with the gradual poignancy of a Polaroid, Charlotte Wells’ Aftersun isn’t just an honest movie about the way that we remember the people we’ve lost — fragmented, elusive, nowhere and everywhere all at once — it’s also a heart-stopping act of remembering unto itself."

"It’s hard to find a critical language to account for the delicacy and intimacy of this movie. This is partly because Wells, with the unaffected precision of a lyric poet, is very nearly reinventing the language of film, unlocking the medium’s often dormant potential to disclose inner worlds of consciousness and feeling."