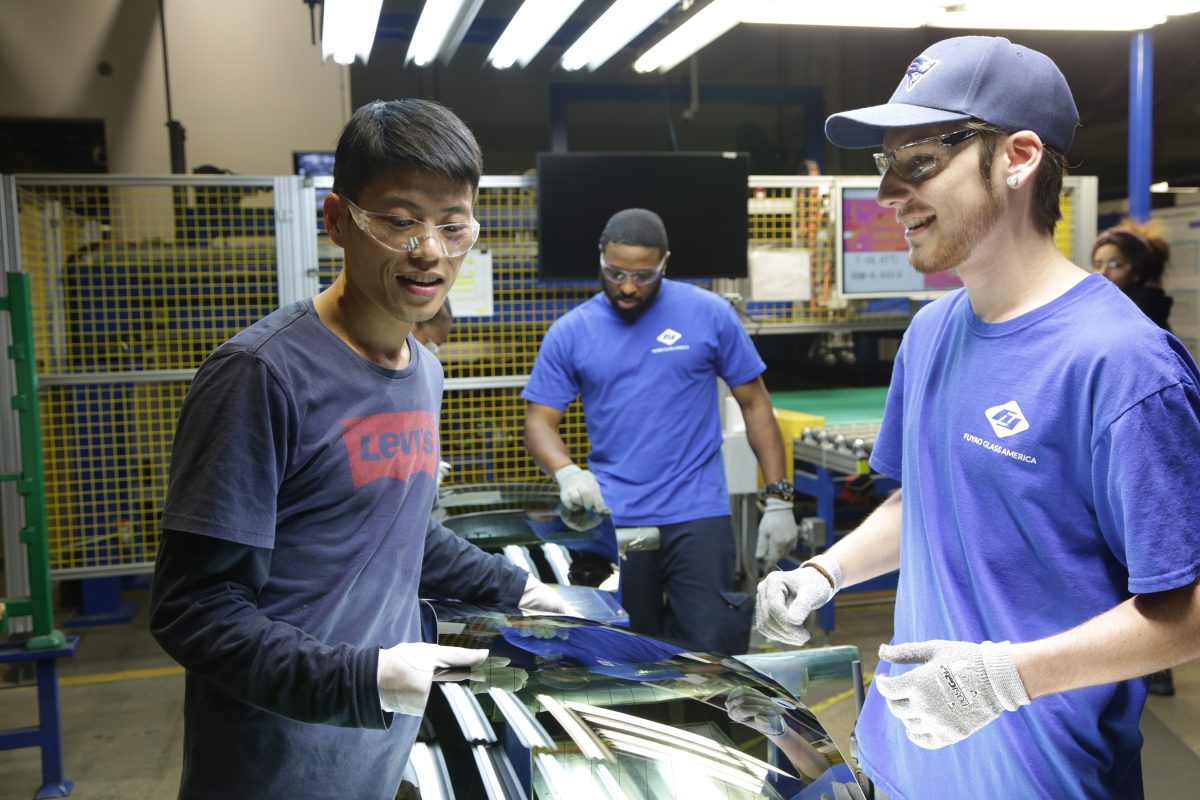 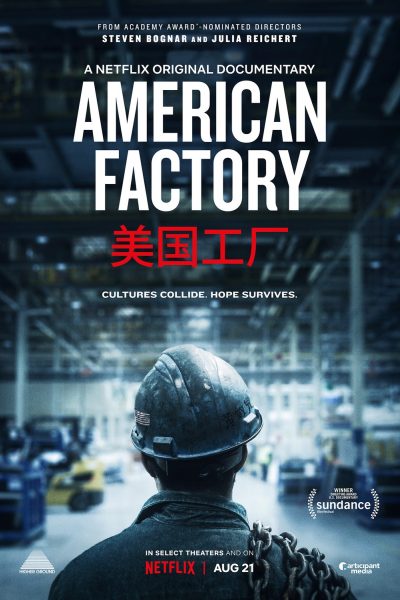 This FREE screening is in partnership with Missouri Jobs With Justice. There will be a panel discussion following the film organized by MOJWJ.

Summary: In post-industrial Ohio, a Chinese billionaire opens a new factory in the husk of an abandoned General Motors plant, hiring two thousand blue-collar Americans. Early days of hope and optimism give way to setbacks as high-tech China clashes with working-class America. [Metacritic]

"Sharply delineates the possibilities - and the limits - of a modern global economy."

"Thoroughly engrossing ... The way the directors are able to provide a portrait of empathy on all sides is astounding."

"The filmmakers' probing analysis reveals the basic principles of freedom and dignity within the political essence of labor issues."

"Of all the documentaries you see this year, this one most potently embodies the ever-changing sense of the words 'Made in America.'"

"It’s a great, expansive, deeply humanist work, angry but empathetic to its core. It gestures toward the end of the working world we know — and to the rise of the machines."

"It is, in essence, a scholarly, almost sociological treatment of the material, in a way that broadly speaks to the plight of these blue-collar workers, with an empathy that's personal but not partisan."

"'American Factory,' an exquisite documentary set at the contradictory core where those forces converge, tells a macroeconomic story through the micro-level experiences of indelible real-life characters."

"American Factory tackles the challenges of globalization with much more depth and nuance than most reporting on the topic, precisely because it steps back to watch a story unfold over time and resists easy generalizations. It’s both soberly instructive and fascinating."

"Steve Bognar and Julia Reichert have produced in “American Factory” an invaluable snapshot of a moment where history is repeating itself, and trying to write a new, possibly dystopian ending. But it’s also a film full of beautiful human beings, trying desperately to make good for themselves and their families regardless of their nationality and culture."