Maren, a young woman, learns how to survive on the margins of society. (R, 130 min.) 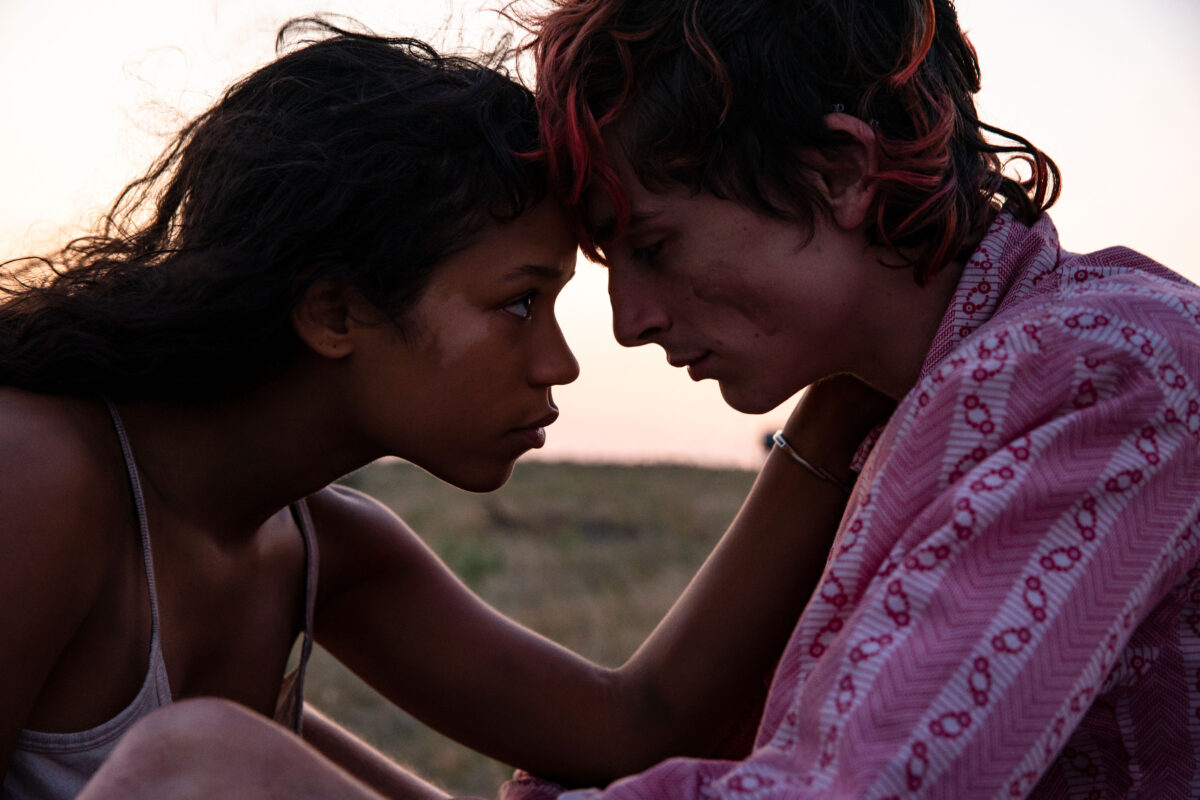 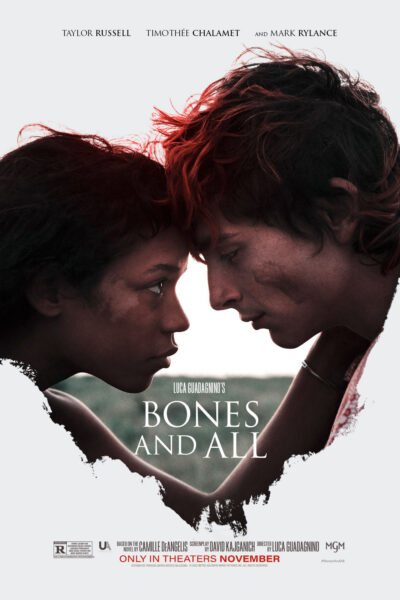 "Bones and All" is a story of first love between Maren (Taylor Russell), a young woman learning how to survive on the margins of society, and Lee (Timothée Chalamet), an intense and disenfranchised drifter; a liberating road odyssey of two young people coming into their own, searching for identity and chasing beauty in a perilous world that cannot abide who they are. [MGM]

"The film flows like a Joy Division song: moody and ethereal until it escalates into a burst of sonic violence."

"An earnest romance that’s also a work of gauzy, poetic horror, the film is about transgression and transformation."

"By the end, loving and eating, wanting and devouring are made to converge in ways that are both gruesome and fascinating, thought-provoking and oddly touching."

"There’s something, well, deliciously appetizing about Bones and All’s oddball romance, from Guadagnino’s sensitive approach to the material to its staggering work from both leads."

"It’s so carefully made, and so lovely to look at, even at its grisliest, that it ends up seeming a little remote, rather than a movie that draws you close. Still, its actors give you something to watch every minute."

"As grisly and disturbing as Bones and All is, the film strikes me more as a romance, a coming-of-age movie, and/or a lovers-on-the-run chronicle. Dark and bloody, definitely; but also, at times, sweet and hopeful."

"Bones and All, like the best horror movies, finds poetry in the frightening, in the transgressive, in the perverse. It mines light from darkness and transforms it before our eyes into something universal, shining and true, no matter how ephemeral."

"The chemistry between Chalamet and Russell is off the charts. Their love is desperate, passionate, true, confused and confounded, perpetually crushing under the ethical crisis they face in killing innocent people to survive, not to mention the fact that they feel very differently about it."

"Nodding to Badlands, Natural Born Killers, My Own Private Idaho, even The Lost Boys, Bones And All is as interested in loneliness, connection, self-identity, and fiscal invisibility as compulsion. Who misses the murdered if they don’t ‘exist’? And what adolescent hasn’t felt the creeping dread that their needs or bodies are out of step with society?"

"Russell, a revelation in Trey Edward Shults’s under-seen Gen-Z melodrama Waves, is career-makingly good here, while Chalamet’s tender, tousled allure and razor-edge of raw danger powerfully recall the late River Phoenix: his Lee is a hustler to the core, always calculating where his next meal is coming from, and who he’ll have to sink his teeth into in order to get it."

"Bones feels like a culmination of what Luca does best, bringing in the body horror of Suspiria with the tenderness of Call Me By Your Name, creating a haunting tale of young love and the compromises of self-preservation. Based on the novel by Camille DeAngelis, it's a wholly original entry in the young adult fantasy genre and some of Guadagnino's strongest work to date."

— Tricia Gilbride, We Got This Covered