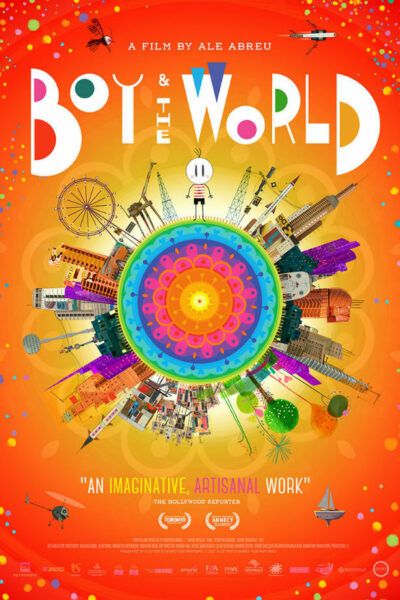 These FREE screenings are part of MOXIE FLIX, a monthly series focusing on essential films for kids to see before they turn 13. Film Summary: Cuca's cozy rural life is shattered when his father leaves for the city, prompting him to embark on a quest to reunite his family. The young boy's journey unfolds like a tapestry, the animation taking on greater complexity as his small world expands. Entering civilization, industrial landscapes are inhabited by animal-machines, with barrios of decoupage streets and shop windows, and flashing neon advertisements that illuminate the night. The story depicts a clash between village and city, hand crafted and mechanized, rich and poor - and throughout the tumult, the heart and soul of the people beats on as a song. The film's music is on equal footing with the stunning visuals, a soundscape of pan-flute, samba, and Brazilian hip-hop mixing with the whirling carnival colors and exploding fireworks. A thorough, spoiler-filled Parent’s Guide can be found [here](http://www.imdb.com/title/tt3183630/parentalguide). Made possible thanks to a generous grant from the [Missouri Arts Council](https://www.missouriartscouncil.org/).