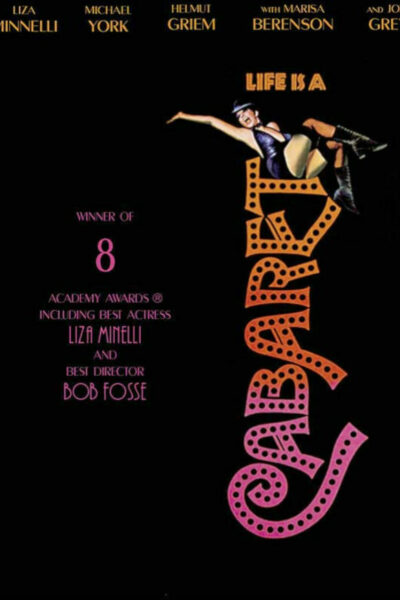 The Essentials: Musicals This new quarterly series showcases the “essential” films everyone should see on the big screen. For each month-long program, we’ll screen five films organized by one of the following themes: directors, actors, genres, and eras/movements. Essential tickets are $9 for Adults, $8 for Students/Seniors and Members get in Free! Summary: A female girlie club entertainer in Weimar Republic era Berlin romances two men while the Nazi Party rises to power around them. Cabaret (1972) is director/choreographer Bob Fosse's defining, decadent, award-winning musical which popularized the phrase: "Life is a Cabaret." It was only Fosse's second film, but won numerous accolades (and was a financial and artistic hit), and has been viewed in retrospect as the only truly great musical of the 1970s. The boundary-pushing film, with themes of corruption, sexual ambiguity and false dreams, was adapted from the grim 1966 Tony-winning Broadway stage production, which was in turn inspired by gay author Christopher Isherwood's 1945 Berlin Stories (including 1939's short story Goodbye to Berlin) and John Van Druten's 1951 play and movie I Am a Camera (1955, UK). Series Lineup: Aug 5 & 6: Meet Me in St. Louis (1944) Aug. 12 & 13: My Fair Lady (1964) Aug. 19 & 20: The Umbrella of Cherbourg (1964) Aug. 26 & 27: Cabaret (1972) Sept. 2 & 3: Sweeney Todd: The Demon Barber of Fleet Street