The discovery of a severed human ear found in a field leads a young man on an investigation related to a beautiful, mysterious nightclub singer and a group of psychopathic criminals who have kidnapped her child. (R, 120 min.) 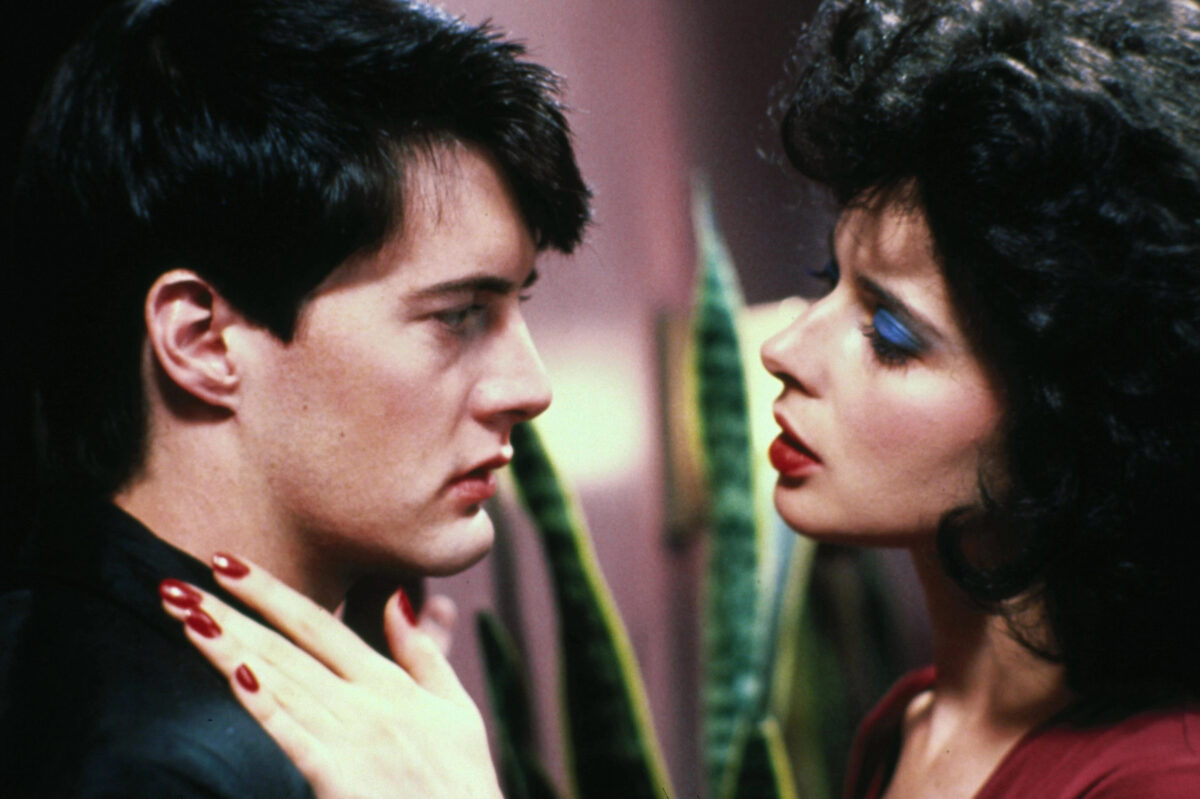 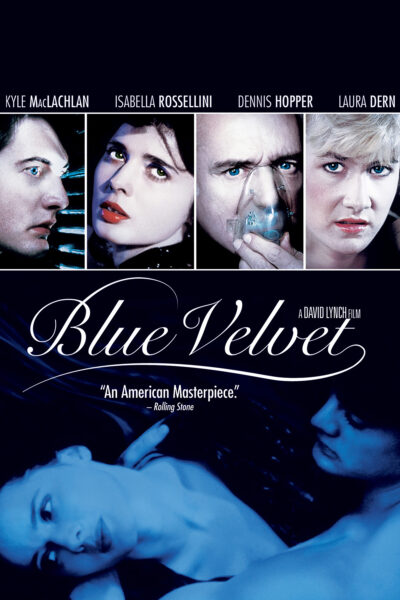 Home from college, Jeffrey Beaumont (Kyle MacLachlan) makes an unsettling discovery: a severed human ear, lying in a field. In the mystery that follows, by turns terrifying and darkly funny, writer-director David Lynch burrows deep beneath the picturesque surfaces of small-town life. Driven to investigate, Jeffrey finds himself drawing closer to his fellow amateur sleuth, Sandy Williams (Laura Dern), as well as their person of interest, lounge singer Dorothy Vallens (Isabella Rossellini)—and facing the fury of Frank Booth (Dennis Hopper), a psychopath who will stop at nothing to keep Dorothy in his grasp. With intense performances and hauntingly powerful scenes and images, Blue Velvet is an unforgettable vision of innocence lost, and one of the most influential American films of the past few decades. [Criterion]

"One powerful, mesmerizing thriller, a masterful exercise in controlling an audience's attention."

"Three decades after its initial release, David Lynch's Blue Velvet has lost none of its power to derange, terrify, and exhilarate."

"What dazzles still about David Lynch's Blue Velvet is its total authority: Not a single false gesture. No shock delivered solely for its own sake."

"Lush and peculiar Blue Velvet, the latest film from the mind that spawned Eraserhead, is an unnerving combination of the wholesome and the unholy."

"Blue Velvet is David Lynch in peak form, and represents (to date) his most accomplished motion picture. It is a work of fascinating scope and power that rivals any of the most subversive films to reach the screens during the '80s."

"The last real earthquake to hit cinema was David Lynch's "Blue Velvet" -- I'm sure directors throughout the film world felt the earth move beneath their feet and couldn't sleep the night of their first encounter with it back in 1986. (Review of 20th Anniversary Re-Release)"