A small-time thief steals a car and impulsively murders a motorcycle policeman. Wanted by the authorities, he reunites with a hip American journalism student and attempts to persuade her to run away with him to Italy. 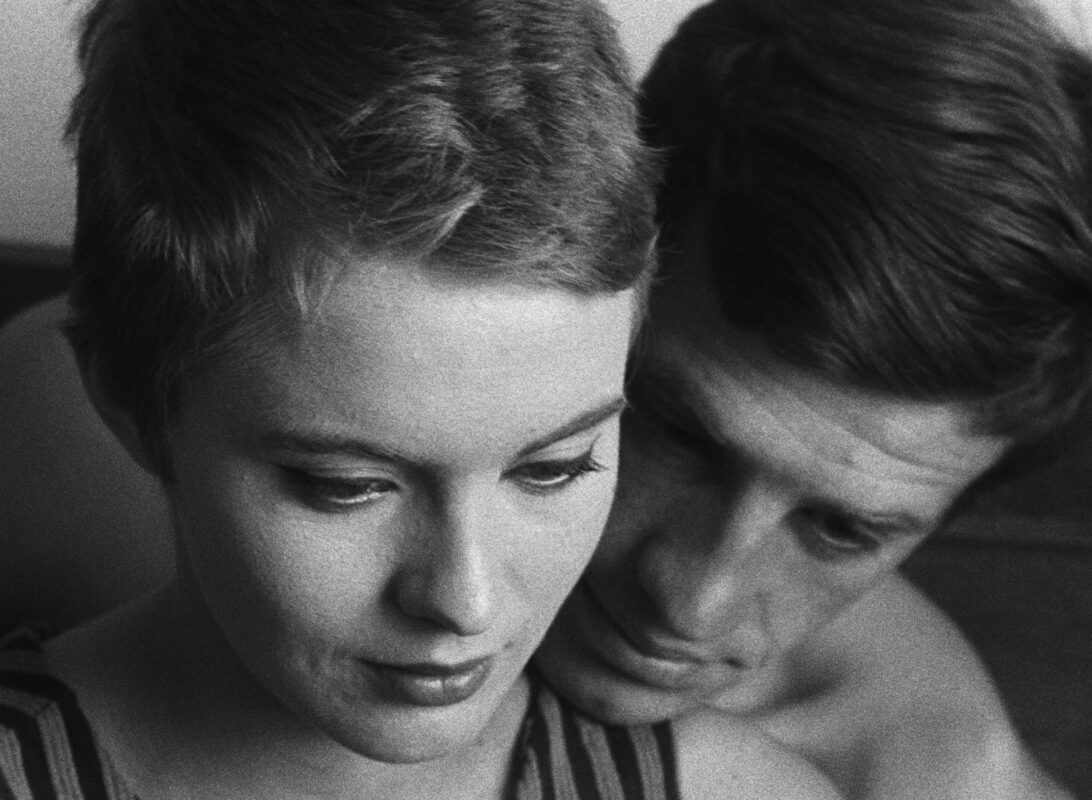 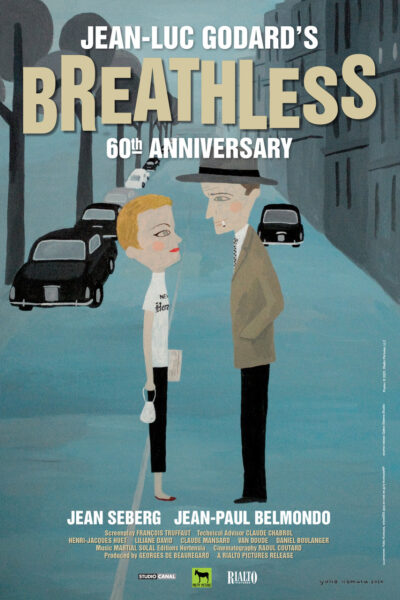 Small-time crook Michel (Jean-Paul Belmondo) steals a car and murders a policeman. While on the run, he reconnects with Patricia (Jean Seberg), a journalism student living in Paris, and tries to convince her to go on the lam with him. [Rialto Pictures]

"To see Breathless when it was first shown was exhilarating, principally because of Godard’s editing style."

"50 years later, Godard’s first is still breathtaking, and Belmondo and Seberg are younger than they ever were."

"One of those films you return to as a director again and again and again....as inspiring, innovative, spare, jagged and cool today as it was the day I first saw it thirty years ago."

"There is a before and after Godard's Breathless as there was a before and after Potemkin or the arrival of Cubism. The film had an extraordinarily liberating effect, freeing generations of filmmakers from the weight of academicism. More than anything else, it's timeless. The younger audiences who'll discover Breathless today will be impacted by how utterly original and contemporary the film is."

"There are precious few titles in the history of cinema that can truly be called ‘revolutionary,’ and Godard’s Breathless is one of those few – it gave us a new way of making movies and a new way of thinking about them, a new rhythm of life, a new way of looking at ourselves. And, like all great pictures, it seems as fresh and startling today as it did 50 years ago."

"Godard’s bebop camera scheme and jump cuts [set] the table for his not-yet-born cinematic offspring America’s own New Wave of single-minded filmmakers. Truffaut’s script tailored Belmondo’s Michel to pay homage to Bogie, and in the process created a sub genre we now all take for granted: film characters who style themselves after movie stars. But all of that is hindsight and academic. I imagine my reaction to seeing the film in 1986 was not all that different than that of my 1960 counterpart experiencing Breathless for the first time. And that is, simply falling madly in love with Jean Seberg."