A documentary filmmaker and her fellow Generation X graduates face life after college, looking for work and love in Houston. (PG-13, 99 min.) 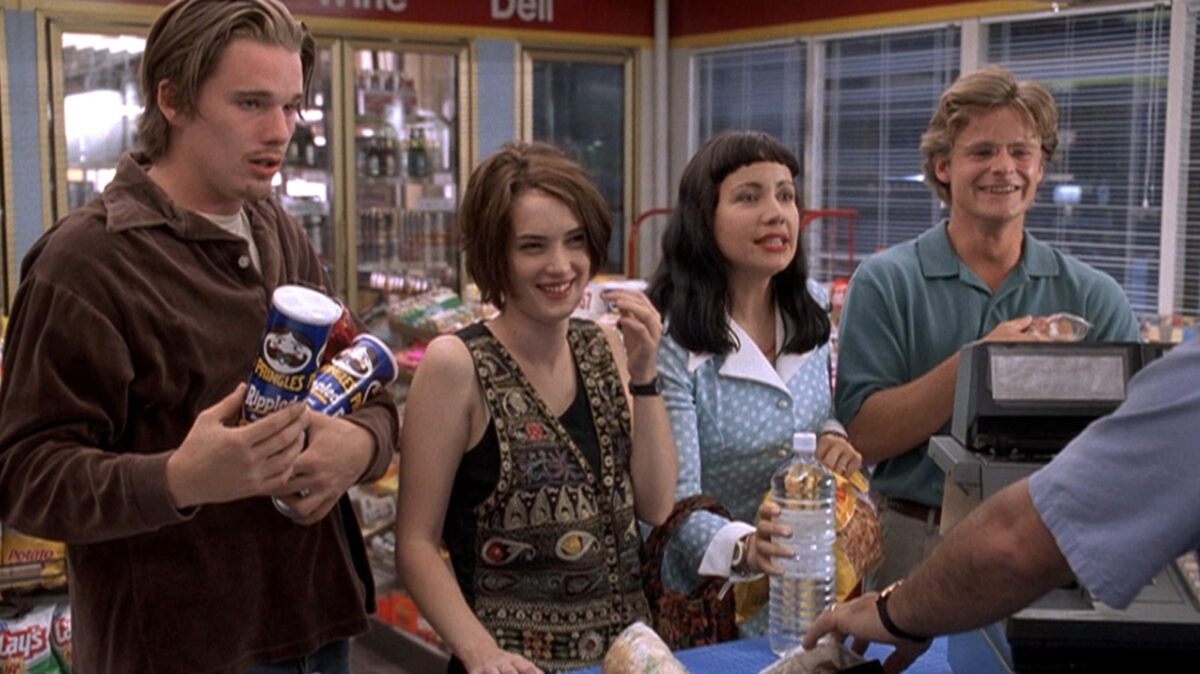 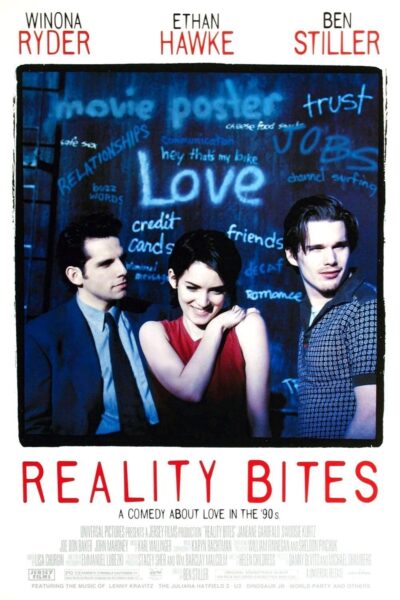 After college, Lelaina (Winona Ryder) films a documentary about herself and friends as they flounder in their attempts to forge relationships and begin careers. Vickie (Janeane Garofalo) works retail, has an endless string of one-night stands and awaits the results of her HIV test. Sammy (Steve Zahn) tries to come out to his parents. Lelaina gets involved with yuppie Michael (Ben Stiller) while maintaining a love-hate relationship with Troy (Ethan Hawke), who's undergoing an existential crisis. [Rotten Tomatoes]

"Yearning, hilarious, lost within their precocious self-awareness, these slackers have soul."

"It takes a spectacular cast to pull off this kind of meandering romantic comedy, and Reality Bites couldn't have done better."

"Although it never became the definitive document of Generation X, Reality Bites is a touchstone for anyone just out of college and stuck with more ideals than job prospects, not to mention a head full of bad-TV trivia."

"Ryder, Hawke, Stiller and Garofalo turn these paradigms into wonderfully tasty characters. Written with verve and played with grace, Reality Bites is too smart to pass itself off as a definitive statement, but it gets the details delightfully right."

"The first film that comes close to capturing the Bohemian flair and everyman accents of Generation X life while remaining a first-rate piece of entertainment. Stiller and his knowing screenwriter Helen Childress fashioned a wise, very funny film that brightens the slow early going of 1994. [18 Feb 1994, p.6]"

"The great thing about Reality Bites is that each of the characters comes across as real, and not some glib concoction by a screenwriter who's watched them from a cloistered distance. Childress obviously knows their world inside out, and shares it with insight and a prickly, original wit. [18 Feb 1994, p.C1]"