An aging Manhattan socialite living on what's barely left of her inheritance moves to a small apartment in Paris with her son and cat.
(R, 110 min.) 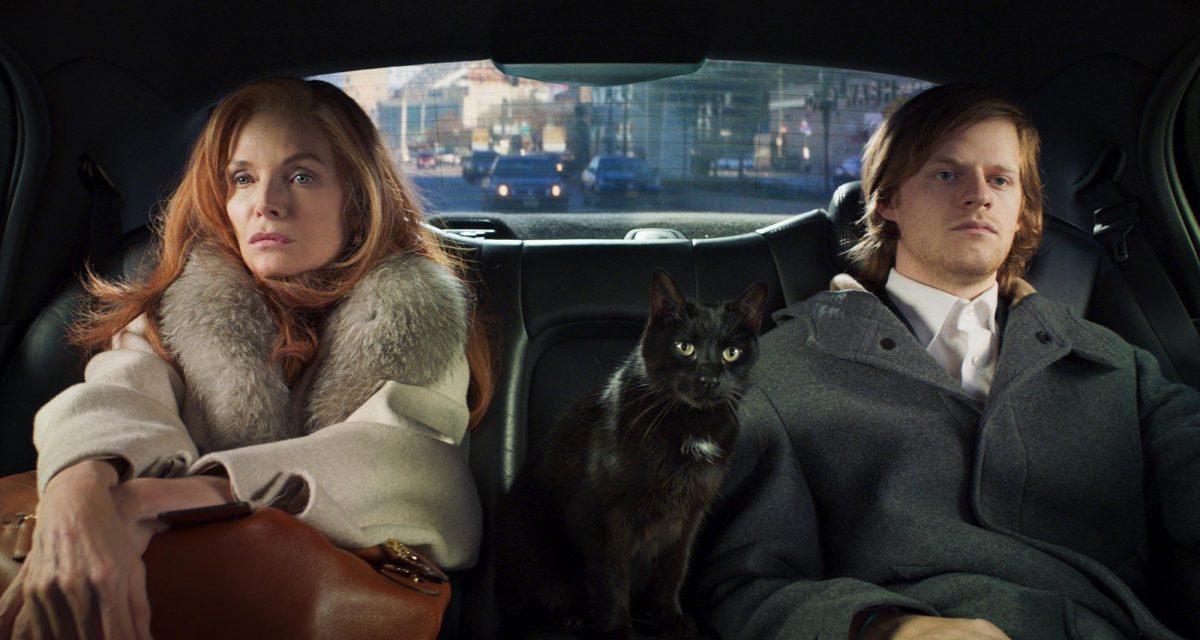 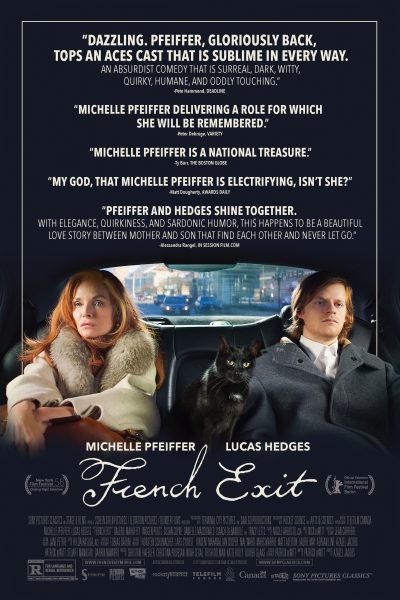 My plan was to die before the money ran out,” says 60-year-old penniless Manhattan socialite Frances Price (Michelle Pfeiffer), but things didn’t go as planned. Her husband Franklin has been dead for 12 years and with his vast inheritance gone, she cashes in the last of her possessions and resolves to live out her twilight days anonymously in a borrowed apartment in Paris, accompanied by her directionless son Malcolm (Lucas Hedges) and a cat named Small Frank—who may or may not embody the spirit of Frances’s dead husband. [Metacritic]

"The costume design from Jane Petrie creates a timeless elegance. And Pfeiffer’s performance only becomes richer as her character"

"French Exit is headlined by the sharpest Michelle Pfeiffer we've seen in years, in a role so handsomely form-fitted to her talent, style, and attitude."

"Dazzling. Pfeiffer tops an aces cast that is sublime in every way. An absurdist comedy that is surreal, dark, witty, quirky, humane, and oddly touching."

"French Exit feels like it was essentially designed to showcase [Pfeiffer]: a tiny gilded jewel box of a movie with her outsize presence nestled at the center."

"Pfeiffer and Hedges shine together. With elegance, quirkiness, and sardines humor, this happens to be a beautiful love story between mother and son that find each other and never let go."

"Pfeiffer delivers a sly, elegant performance as Frances, which provides the chief pleasure of Azazel Jacobs' film, a melancholy farce adapted by Patrick DeWitt from his novel of the same name."

"Michelle Pfeiffer is a vision: chilly and distant at first, but deeply, even painfully relatable in the aftermath to anyone preoccupied with a future of unknowns, often asking themselves, 'now what?'"