The relationship between artist-partners Tomas and Anja is put to the test after Anja gets a life-threatening diagnosis.
Håp (original title)
(NR, 130 min.) 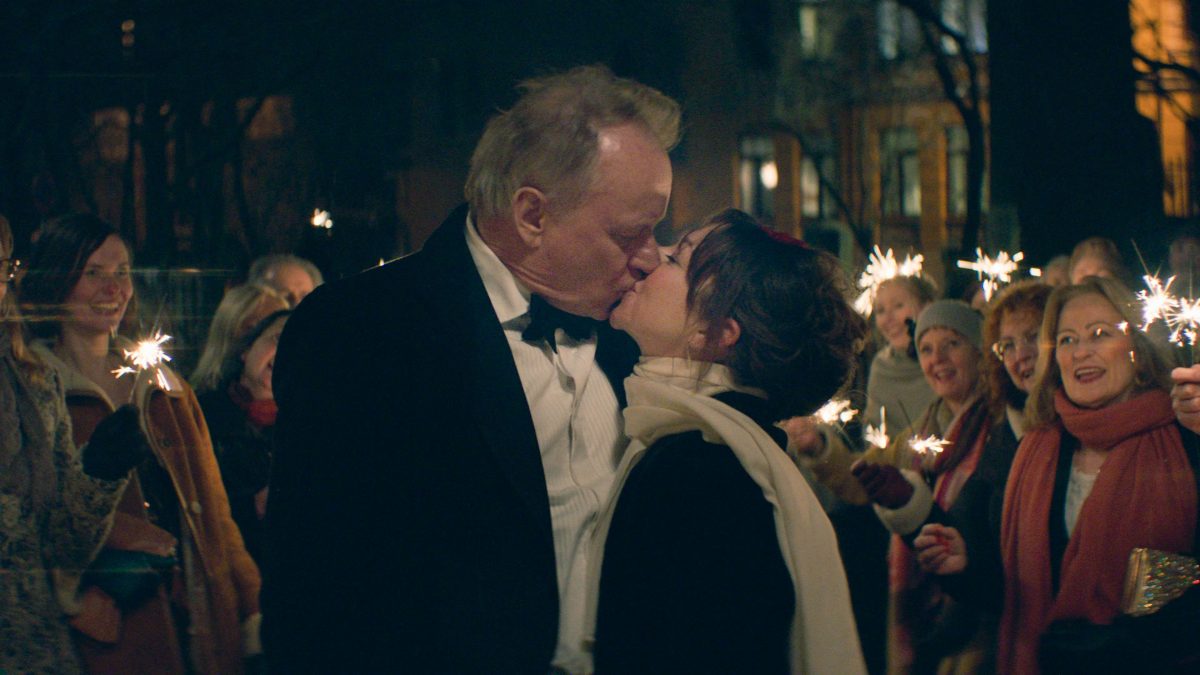 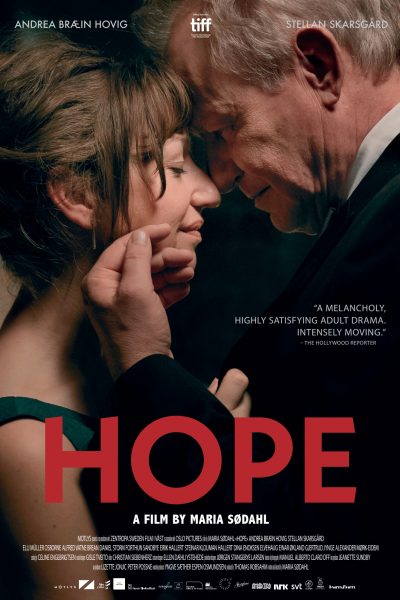 ANJA lives with TOMAS in a large family of biological children and stepchildren. For a number of years the two adults have grown independent of each other, with creative jobs in parallel worlds. When Anja gets a terminal cancer diagnosis, their modern life breaks down and exposes neglected love. Alone with her grief and her fears, Anja realizes that she needs Tomas’ full help and support. It’s their only chance. How else will their children find the strength once she is gone, if their parents are unable to weather the storm together? Anja and Tomas are thrown into a crash course in mutual trust, and eventually a joint struggle, to deal with this unexpected and premature death. By getting to know each other anew, they unconsciously become principal characters in a love story, finally learning to truly love each other after a long life spent together.
[KimStim]

"A strong Scandinavian drama about love and illness."

"A wildly impressive and devastating relationship drama with unforgettable performances from both Andrea Bræin Hovig and Stellan Skarsgård."

"Sødahl’s skill at making gesture and its absence count in the most subtle ways is an essential component in our investment with these protagonists, thanks to the superbly understated camerawork of Lars von Trier’s regular DP Manuel Alberto Claro."

"Unconcerned with happy or sad endings (or endings at all beyond the desire for one to be shared and enjoyed to its fullest), [Sødahl] focuses instead on the unbridled emotions that swirl within us on the difficult journeys through tragedy. Nothing is out of bounds."

"Director Maria Sodahl tracks the couple’s story over the course of only one Christmas break, but the film is more a chronicle of one family’s entire existence. Skarsgard, by the way, is typically excellent – it’s just that he mostly, and graciously, cedes the screen to Hovig, who is given much more to do and handles it with aplomb."