Legendary performer Judy Garland arrives in London in the winter of 1968 to perform a series of sold-out concerts.
(PG-13, 118 min.) 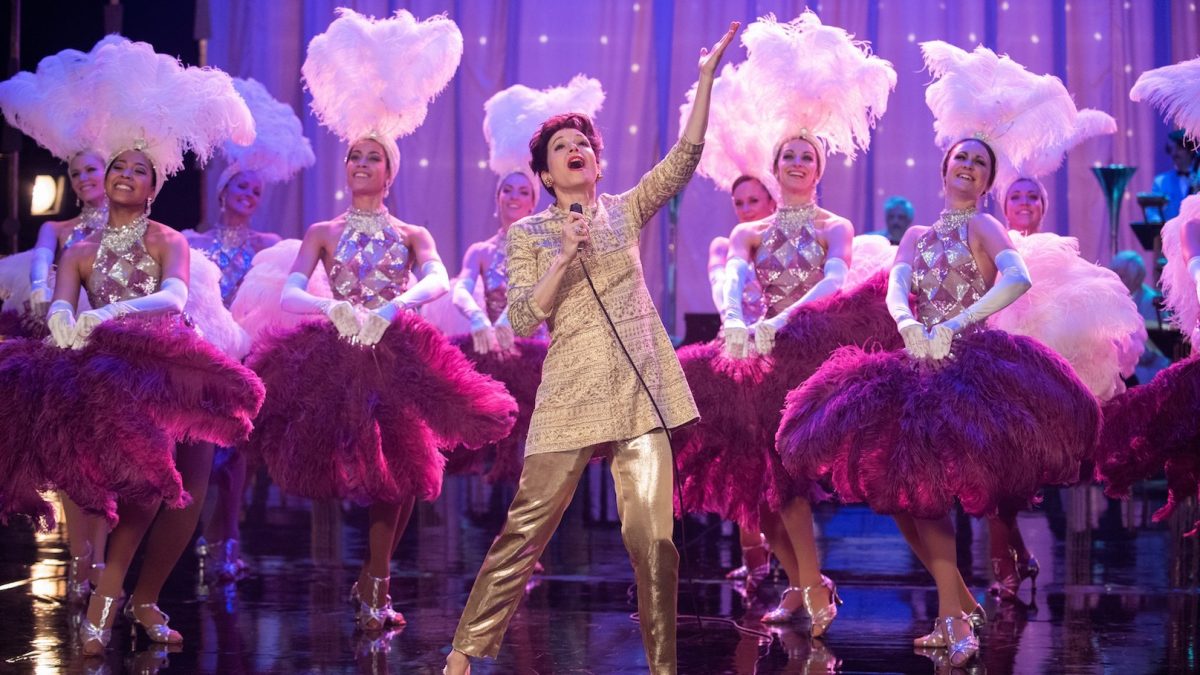 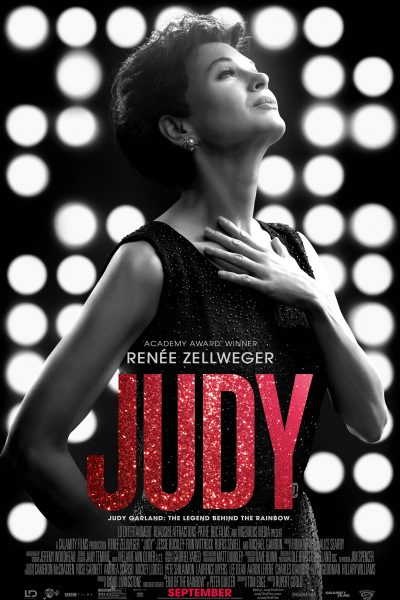 Winter 1968 and showbiz legend Judy Garland (Renée Zellweger) arrives in Swinging London to perform a five-week sold-out run at The Talk of the Town. It is 30 years since she shot to global stardom in The Wizard of Oz, but if her voice has weakened, its dramatic intensity has only grown. As she prepares for the show, battles with management, charms musicians and reminisces with friends and adoring fans, her wit and warmth shine through. Even her dreams of love seem undimmed as she embarks on a whirlwind romance with Mickey Deans, her soon-to-be fifth husband. [Roadside Attractions]

"Zellweger knocks it out of the park, lighting up this punchy and moving late-life biopic with big-hearted, big-voiced panache."

"No matter how well you know "Over the Rainbow," you may never hear it as heartbreakingly performed as Zellweger sings it here."

"A heart-stopping performance by Zellweger, who leaves it all on the floorboards as one of Hollywood's most dazzling and tragic stars."

"Somehow, through the alchemy of acting and makeup and lighting and costuming, all traces of Zellweger are erased, and only Judy remains."

"Renée Zellweger is over the rainbow and out of this world as Judy Garland in "Judy," a sweet, full-hearted tribute to the beloved screen legend's final days."

"It is sad, but it's not grim because Zellweger's utterly convincing performance shows that Judy was hilarious, self-deprecating, an affectionate mom and a loyal friend."

"Renée Zellweger performs miracles playing Judy Garland: singing her heart out, baring her bruised soul and acting with a ferocity that ultimately rises to a state of grace."

"If there was ever a film that screamed Best Actress Oscar-bait, it’s Judy. But damn, Renée Zellweger is absolutely fantastic in this role, and absolutely deserves Best Actress honors. Yes, I know the year’s not over yet, but the bar is set high."

"It's a nuanced, complex, nakedly emotional performance that digs into the darkest psychology of one of our most beloved stars, and demands that, even in her lowest moments, we could never count Judy Garland out. The same goes for Renee Zellweger."