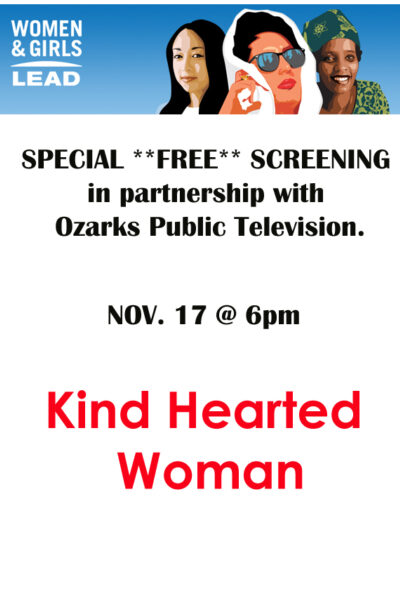 FREE SCREENING in partnership with **Ozarks Public Television as part of Women and Girls Lead,** a public media initiative designed to focus, educate, and connect women, girls, and their allies across the globe to address the challenges of the 21st century. Summary: In a special two-part series, acclaimed filmmaker David Sutherland (The Farmer’s Wife, Country Boys) creates an unforgettable portrait of Robin Charboneau, a 32-year-old divorced single mother and Oglala Sioux woman living on North Dakota’s Spirit Lake Reservation. Sutherland follows Robin over three years as she struggles to raise her two children, further her education, and heal herself from the wounds of sexual abuse she suffered as a child.