Life Is Beautiful (Drury @ The Moxie) 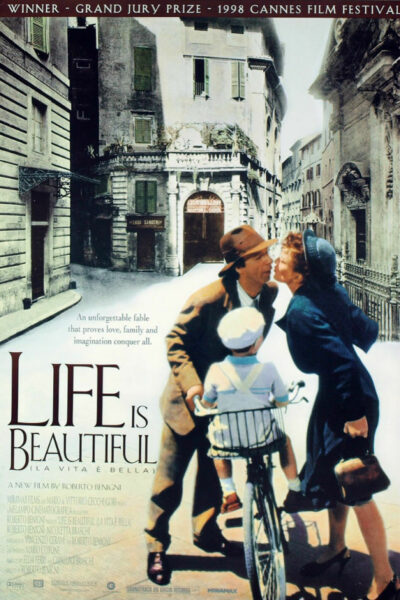 Dr. Rich Schur will lead a post show discussion of the film. Great insights to great films courtesy of Drury’s Humanities faculty. This series is made possible by a grant from the [Missouri Humanities Council](http://www.mohumanities.org/). Life is Beautiful (1997) won numerous awards, including the Academy Awards for Best Foreign Film, Best Actor in a Leading Role, and Best Original Score and received nominations for Best Film, Best Director, Best Screenplay, and Best Editing. The film is a comedy and set during the Holocaust. It tells the story of a Jewish librarian who uses fantasy and humor to shield his son from the grim reality of the death camps. This excellent and funny film, however, raises significant questions about the nature of comedy. Some critics argued that the film sanitized the Holocaust, misrepresenting the horror of the events, what the Nazis’ victims endured, and the heroic actions of actual survivors. Other defended the film and believed it told a powerful story with humane values. In the post-film discussion, we will revisit this controversy and explore whether there are some limits comedy should not and cannot cross.