In 1950s London, a humorless civil servant decides to take time off work to experience life after receiving a grim diagnosis. (PG-13, 102 min.) 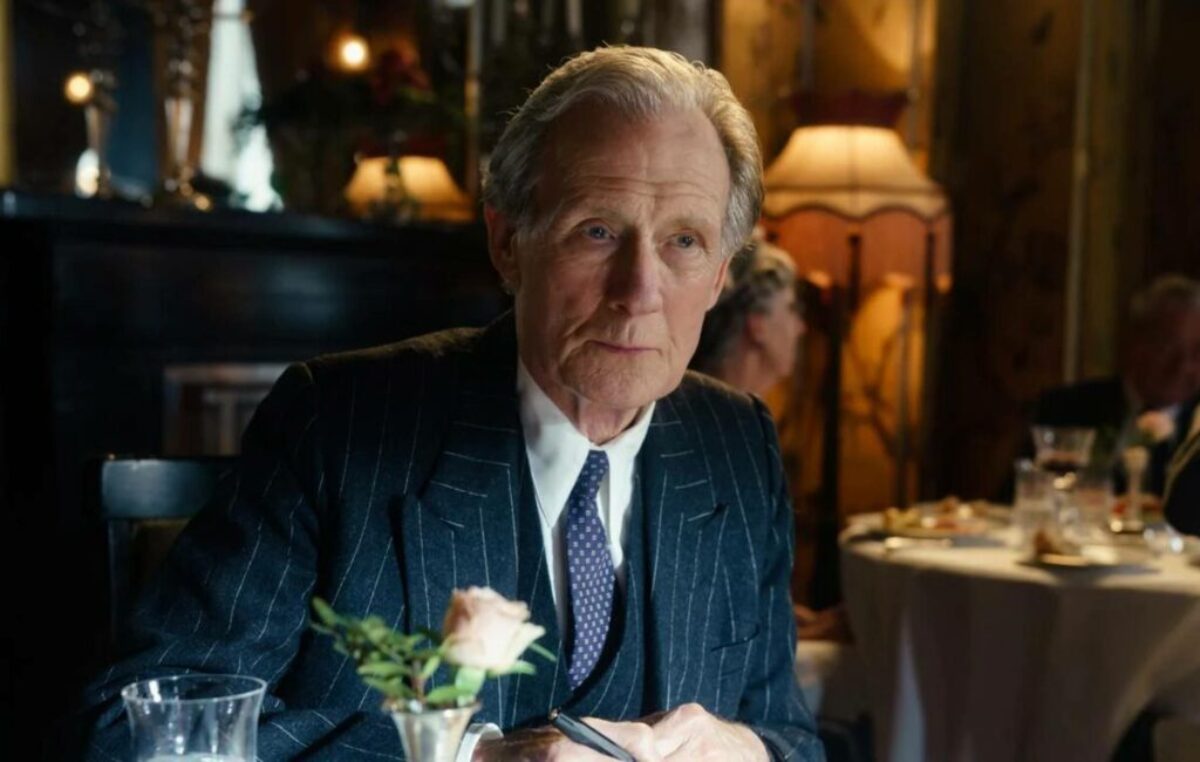 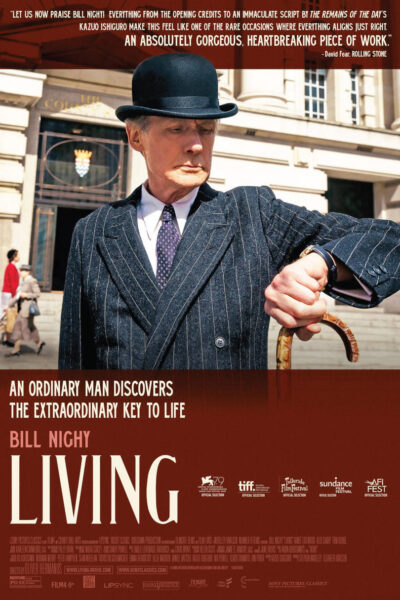 LIVING is the story of an ordinary man, reduced by years of oppressive office routine to a shadow existence, who at the eleventh hour makes a supreme effort to turn his dull life into something wonderful. [SPC]

"Nighy deserves big love at all the awards ceremonies that matter in 2023."

"Formally, Living is unimpeachable. . . . That said, Living begins and ends with Nighy."

"Its beauty feels thrillingly natural, and its considerable emotional power is honestly earned."

"This wise and moving drama is an existential journey that celebrates learning how to live life, in all its fleeting beauty."

"In Living, Mr. Nighy excels again in a performance that is magnificent in its restraint and eloquent in its sparseness of words."

"National treasure Bill Nighy finally gets his shot at Oscars glory as a repressed civil servant in this immaculate British drama, penned by Sir Kazuo Ishiguro."

"Really quite something: a rare remake that only augments and enriches the original. For Bill Nighy, meanwhile, it feels in every sense like the role of a lifetime."

"It becomes another story of a man at long last learning how to embrace the world, yet one that is completely substantial and shattering and, yeah, even life-affirming on its own."

"Living is not a big movie, despite the pedigree of its creators. But it is an artistically masterful one—a film that, while deceptively simple, may linger in your mind for years to come."

"Living -- which looks like it was made in the 1950s, all film grain and vibrance -- is an immensely moving memento mori, anchored by Nighy’s breathtaking performance, and a call to live a life with purpose."

"An extraordinarily wise and touching exploration of the most profound of existential questions, literally the meaning of life. It is superb in every detail, with a heartbreakingly beautiful performance from Bill Nighy."

"Bill Nighy delivers a master class in acting as a stifled bureaucrat Brit who decides to seize the day before it's too late. Working in miniature to achieve major truths, this deeply human drama has the power to sneak up and knock you sideways."