Chicago, 1927. A recording session. Tensions rise between Ma Rainey, her ambitious horn player and the white management determined to control the uncontrollable "Mother of the Blues". Based on Pulitzer Prize winner August Wilson's play.
(R, 94 min.) 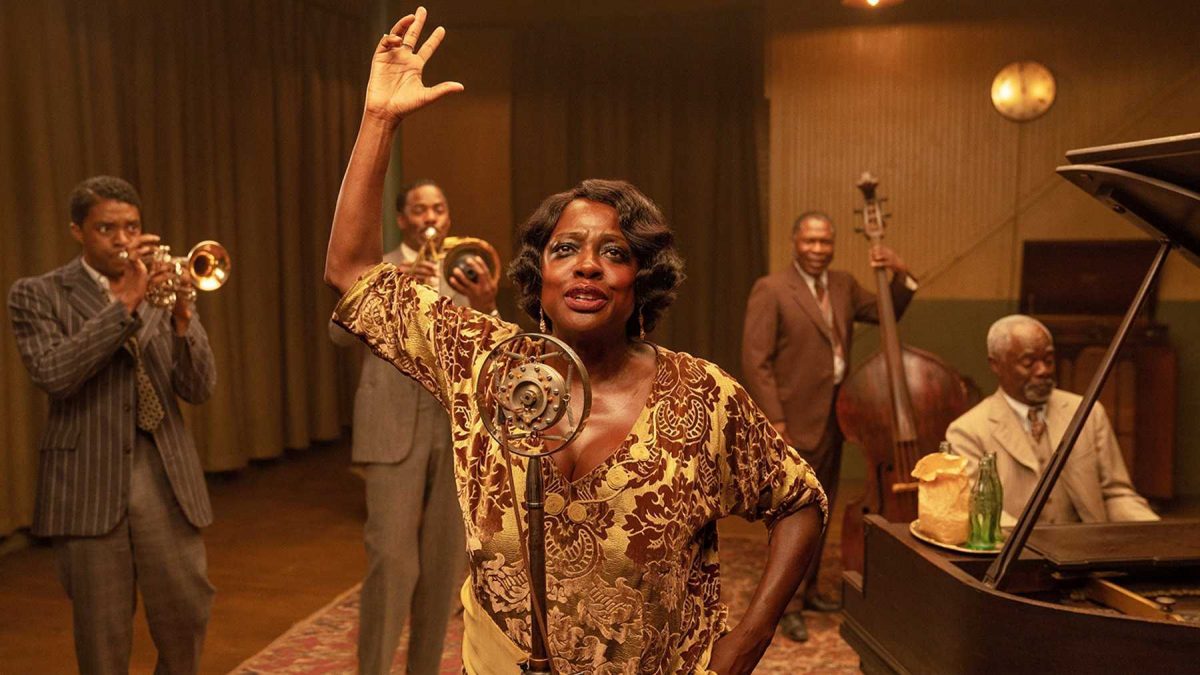 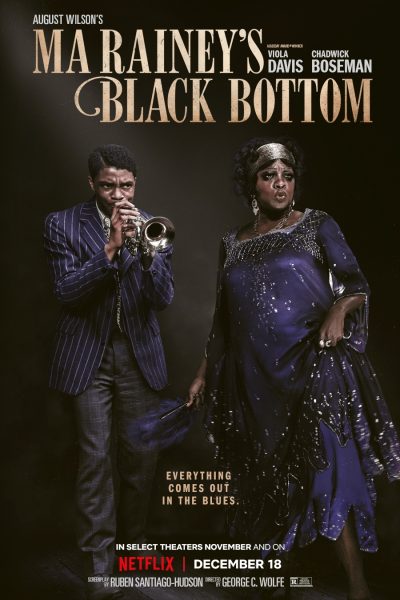 Tensions and temperatures rise over the course of an afternoon recording session in 1920s Chicago as a band of musicians await trailblazing performer, the legendary “Mother of the Blues,” Ma Rainey (Viola Davis). Late to the session, the fearless, fiery Ma engages in a battle of wills with her white manager and producer over control of her music. As the band waits in the studio’s claustrophobic rehearsal room, ambitious trumpeter Levee (Chadwick Boseman) — who has an eye for Ma’s girlfriend and is determined to stake his own claim on the music industry — spurs his fellow musicians into an eruption of stories revealing truths that will forever change the course of their lives. [Metacritic]

"This is chamber-piece cinema that hits with steam train force."

"A detonation of pure acting firepower is what's on offer in this movie version of August Wilson's 1982 stage play."

"The contained staginess of the movie comes off as welcome, intimate and, in the hands of these boldly empathetic performers, quite thrilling."

"Seeing these actors, the late Boseman chief among them, relish the opportunity to try to get a daunting stage-to-screen adaptation right: That’s a privilege to behold."

"'If you're gonna tell it, tell it right!'... It could ultimately be the motto for the entire film... but is really concerned with telling uncomfortable truths about 20th-century American social history."

"[W]atching actors of this caliber lose themselves in characters of such aching humanity is ample reward, with Boseman's towering work standing as a testament to a blazing talent lost too soon."

"August Wilson’s play about black musicians fighting racism in 1927 may reveal its stage origins on screen, but watching Viola Davis and the late Chadwick Boseman deliver the performances of their lives is a thrilling experience you do not want to miss."

"It’s important to note that there would not even be a show to admire without the trailblazing career of Ma Rainey, which Davis recognizes and honors with her otherworldly portrayal. Still, this is undoubtedly Boseman’s show and will likely live on as his greatest work."