The story of Tracy Edwards, a 24-year-old cook on charter boats, who became the skipper of the first ever all-female crew to enter the Whitbread Round the World Race in 1989.
(PG; 97 min.) 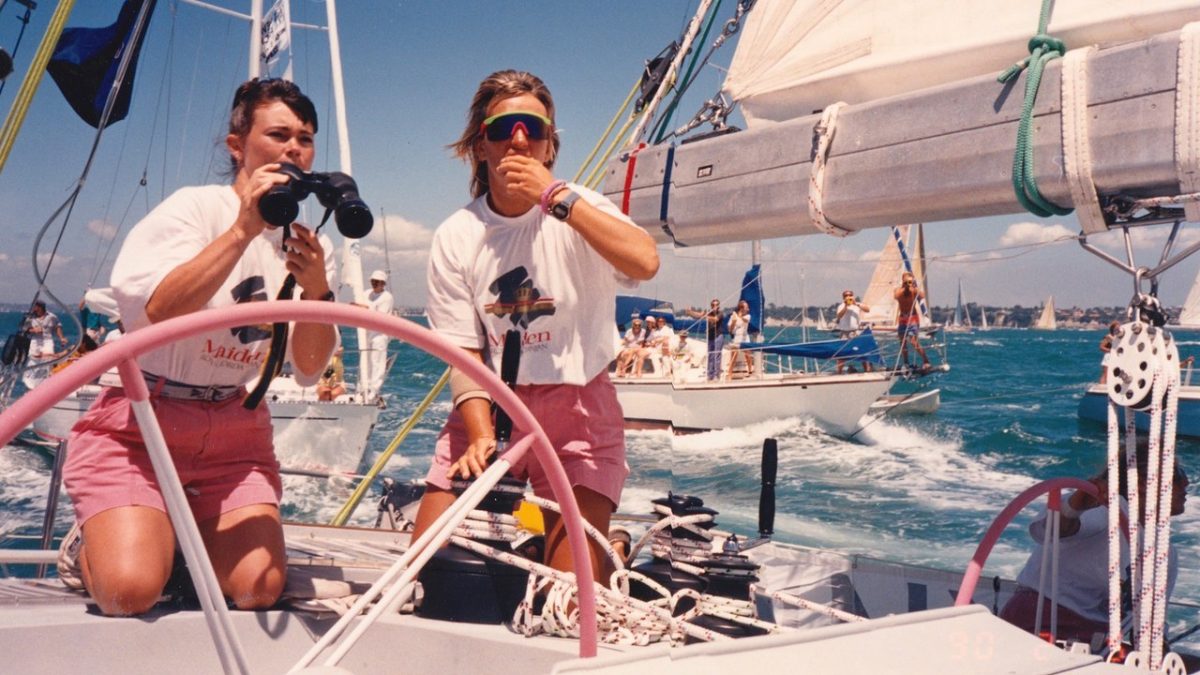 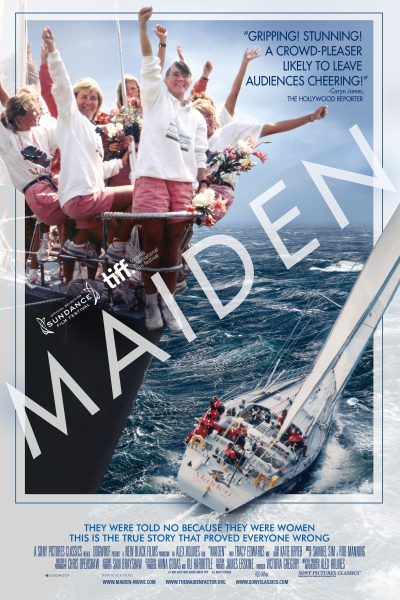 Maiden is the story of how Tracy Edwards, a 24-year-old cook in charter boats, became the skipper of the first ever all-female crew to enter the Whitbread Round the World in 1989. Tracy’s inspirational dream was opposed on all sides: her male competitors thought an all-women crew would never make it, the chauvinistic yachting press took bets on her failure, and potential sponsors rejected her, fearing they would die at sea and generate bad publicity. But Tracy refused to give up: she remortgaged her home and bought a secondhand boat, putting everything on the line to ensure the team made it to the start line. Although blessed with tremendous self-belief Tracy was also beset by crippling doubts and was only able to make it through with the support of her remarkable crew. With their help she went on to shock the sport world and prove that women are very much the equal of men. [Sony Pictures Classics]

"A taut, gripping documentary about one young woman's dream..."

"It’s an inspiring chapter in history, beautifully conveyed on the screen."

"Maiden is simply magnificent storytelling and a must-see for all ages and genders."

"Maiden celebrates the defiant spirit of all the female athletes who have challenged the sporting world's entrenched sexism."

"A heck of a story splendidly told, Maiden succeeds by combining the athleticism of 'Free Solo' with the enriching, across-the-board emotional appeal of 'RBG.'"

"With stunning archival footage and interviews with the amazing Maiden crew, Holmes captures that high in this stirring documentary that recounts not just the feminist achievement, but triumph of the human spirit."

"Writer-director Alex Holmes ("Stop at Nothing: The Lance Armstrong Story") absorbingly recounts the story of Edwards and her team in an unfussy linear style that effectively recaptures the tension of their gutsy undertaking."

"What we have from director Alex Holmes — a guy who knows a great cinematic story when he hears one — is a documentary with all the nervous-making energy of a first-rate drama; a cast of sailors who are both endearing and intelligent; and a delicately wrought suspense story."

"Holmes does an incredible job writing and directing this already action-packed narrative into an impressive documentary. He carefully weaves the crew’s interviews tightly together so that it seems like they’re almost talking among themselves, instead of in separate one-on-one interviews."

"Maiden excels as a suspenseful sports tale and a record of a historic first, but its biggest strength is in its warts-and-all character study of the Maiden crew. One can’t help but feel seen, moved and empowered once the credits roll."