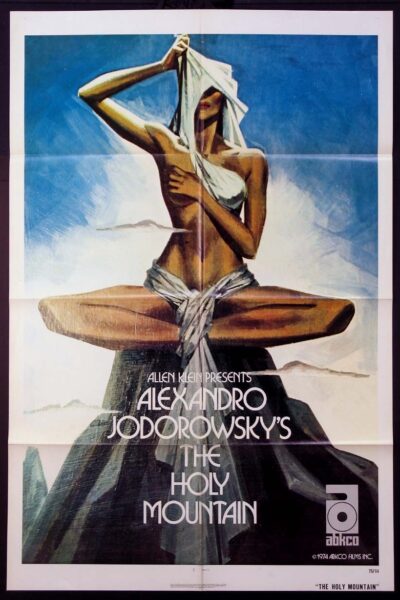 _This film is part of our monthly showcase of fringe, underrated, weirdo cinema called Mondo Moxie._ A Christlike figure wanders through bizarre, grotesque scenarios filled with religious and sacrilegious imagery. He meets a mystical alchemist who introduces him to seven wealthy and powerful people. These seven - along with the protagonist, alchemist, and alchemist's assistant - divest themselves of their worldly goods, and form a group of nine who will seek The Holy Mountain. Truly the epitome of a "midnight movie"... Mondo Moxie is proud to be bringing Alejandro Jodorowsky's epic exploration of religion and global socio-political trends to you this March.