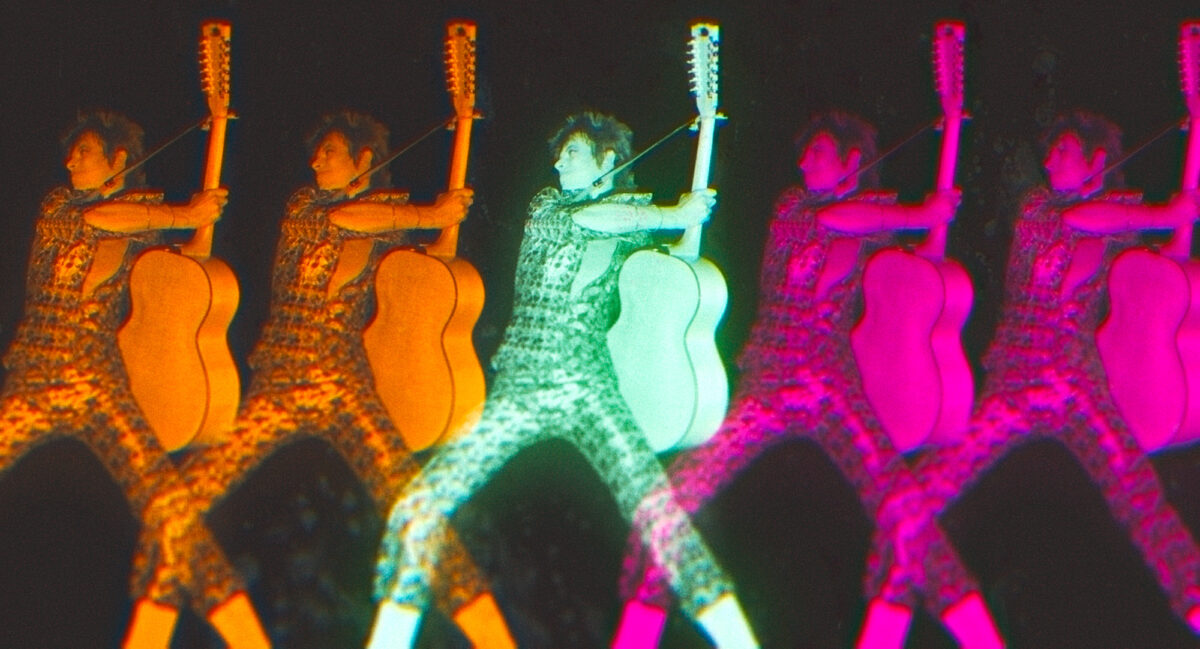 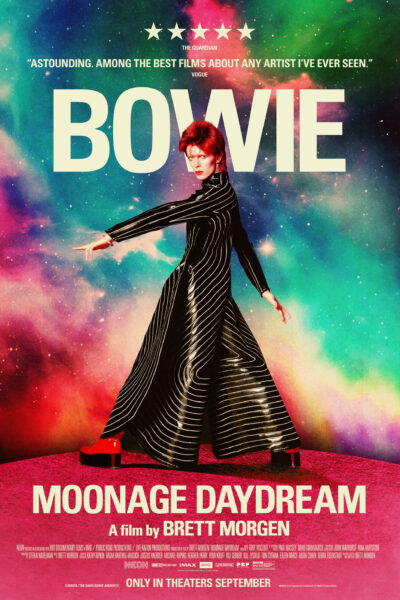 Moonage Daydream illuminates the life and genius of David Bowie, one of the most prolific and influential artists of our time. Told through sublime, kaleidoscopic, never-before-seen footage, performances and music, Brett Morgen’s (The Kid Stays in the Picture, Cobain: Montage of Heck, Jane) feature length experiential cinematic odyssey explores David Bowie’s creative, musical and spiritual journey. The film is guided by David Bowie’s own narration and is the first officially sanctioned film on the artist. [Neon]

"A fitting tribute to a remarkable talent who remains sorely missed."

"Much of this film has never been seen before, and it is a true treasure trove."

"At a lengthy 140 minutes, the film flashes by. The deeper you go the more you want to know, and the more there is to know."

"An 140-minute shapeshifting epiphany-slash-freakout leading to the revelation that, yes, we’re lovers of David Bowie and that is that."

"Abandons all thought of straightforward narrative in favor of an immersive and purposefully mysterious and chaotic Bowie experience."

"Moonage Daydream, a wildly creative tribute to everything Bowie achieved over four and a half decades, sets a sky-high bar as cinematic fan-service, and it leaves you buzzing."

"At every turn, Morgen’s film is a bombastic, overstimulating, poignant, life-affirming and risk-taking summation of the artist’s ethos and maturation as a person. In short, “Moonage Daydream” is the film Bowie would’ve proudly made."

"Whatever your favourite side to the limitlessly faceted David Bowie, this magnificently mind-bending film serves it up in a 140-minute career-spanning opus that races by in a snap of the fingers. It’s almost as extraordinary as the man himself."