News of the World

A Civil War veteran agrees to deliver a girl, taken by the Kiowa people years ago, to her aunt and uncle, against her will. They travel hundreds of miles and face grave dangers as they search for a place that either can call home.
(PG-13, 118 min.) 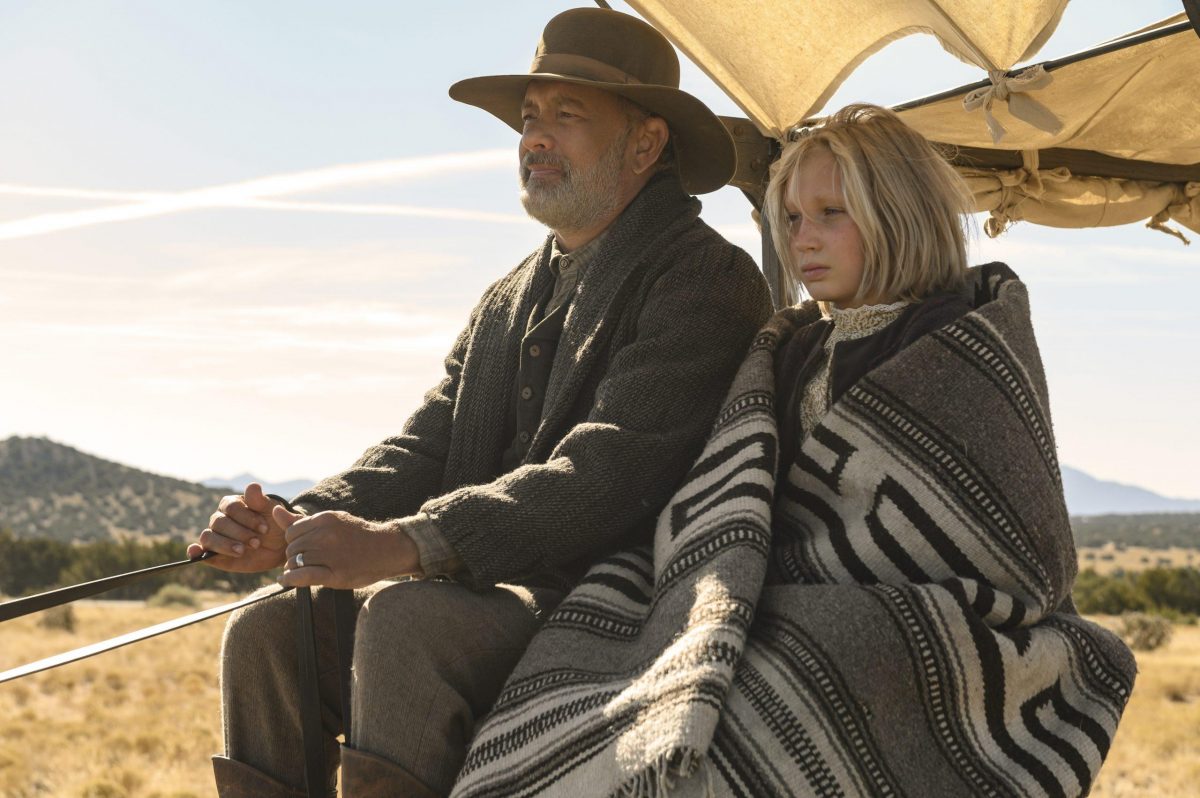 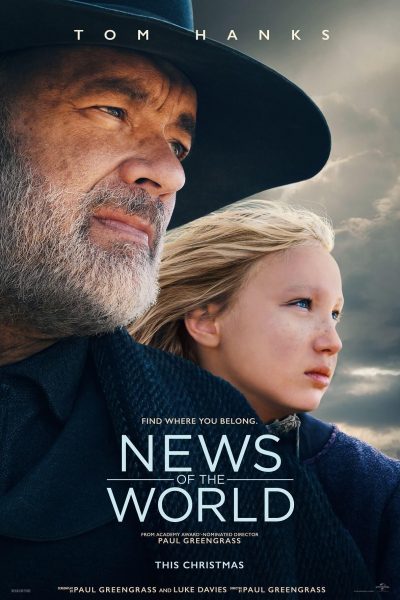 Five years after the end of the Civil War, Captain Jefferson Kyle Kidd (Tom Hanks), a veteran of three wars, now moves from town to town as a non-fiction storyteller, sharing the news of presidents and queens, glorious feuds, devastating catastrophes, and gripping adventures from the far reaches of the globe. In the plains of Texas, he crosses paths with Johanna (Helena Zengel), a 10-year-old taken in by the Kiowa people six years earlier and raised as one of their own. Johanna, hostile to a world she’s never experienced, is being returned to her biological aunt and uncle against her will. Kidd agrees to deliver the child where the law says she belongs. As they travel hundreds of miles into the unforgiving wilderness, the two will face tremendous challenges of both human and natural forces as they search for a place that either can call home. [Metacritic]

"Hanks is his typical outstanding self, bringing a level of internalized gravitas to the story that's undeniably moving."

"Paul Greengrass and Tom Hanks have given us something truly special with their latest collaboration: a film that is engaging and challenging but also just makes you feel good."

"The myth-making, the marriage of earned emotion and natural beauty. That's what the Western does best, and "News of the World" deserves comparison with the best of them"

"Essentially a two-hander though enlivened by incisive secondary character turns along the way, it's a drama made with tremendous feeling, an unhurried, contemplative tale peppered with nail-biting set-pieces."

"In the hands of Tom Hanks and his “Captain Phillips” director, Paul Greengrass, this adaptation of a Paulette Jiles novel becomes a parable for these “troubled times,” a story of race and unrepentant racism, men of violence who won’t give up that violence and the power of a free press to rectify that."