The true story of a British whistleblower who leaked information to the press about an illegal NSA spy operation designed to push the UN Security Council into sanctioning the 2003 invasion of Iraq.
(R, 111 min.) 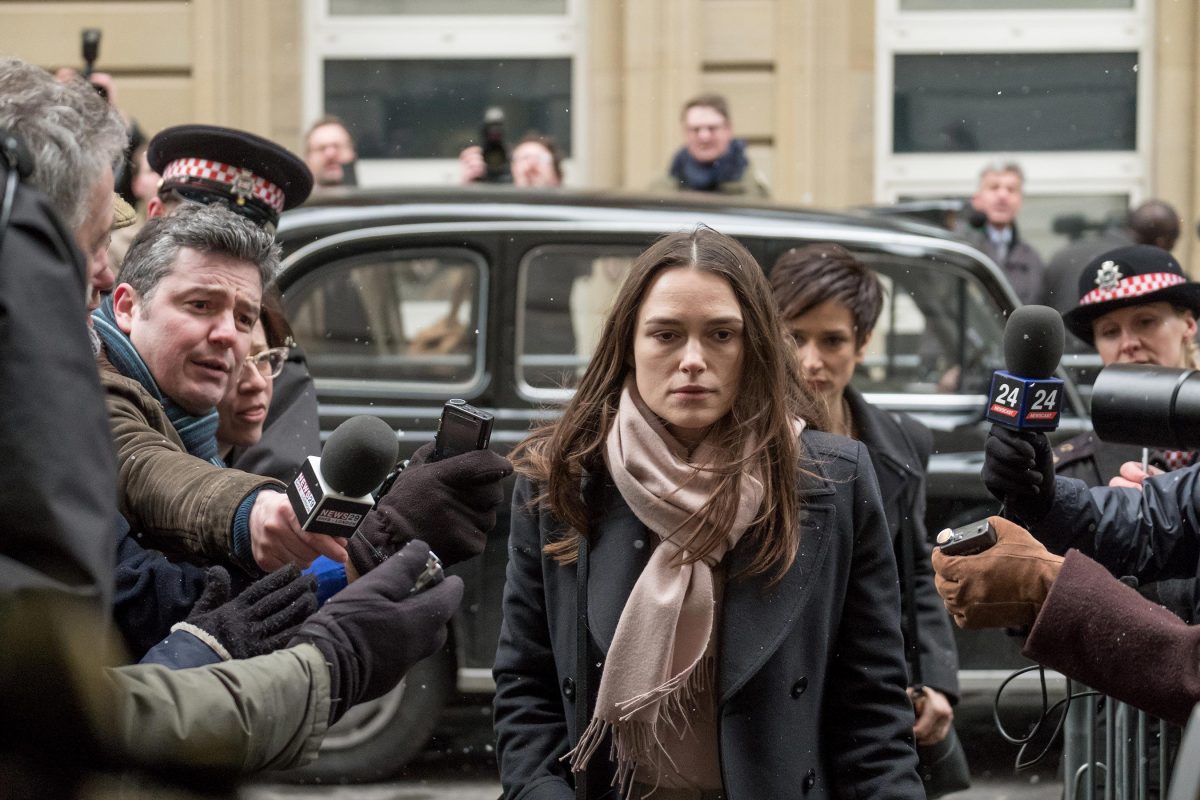 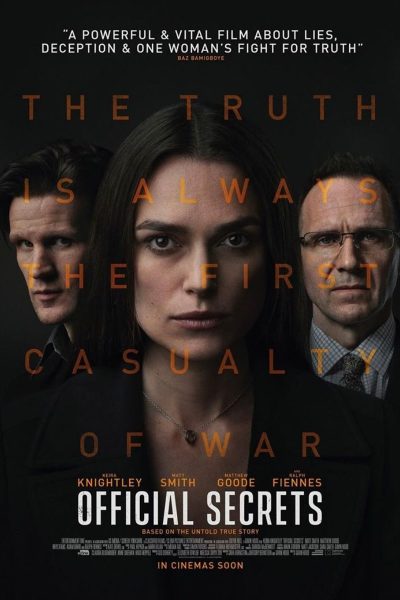 She risked everything to stop an unjust war. Her government called her a traitor. Based on world-shaking true events, Official Secrets tells the gripping story of Katharine Gun (Keira Knightley), a British intelligence specialist whose job involves routine handling of classified information. One day in 2003, in the lead up to the Iraq War, Gun receives a memo from the NSA with a shocking directive: the United States is enlisting Britain’s help in collecting compromising information on United Nations Security Council members in order to blackmail them into voting in favor of an invasion of Iraq. Unable to stand by and watch the world be rushed into an illegal war, Gun makes the gut-wrenching decision to defy her government and leak the memo to the press. So begins an explosive chain of events that will ignite an international firestorm, expose a vast political conspiracy, and put Gun and her family directly in harm’s way. [IFC Films]

"An unabashedly political movie that is, essentially, a procedural, but also a very sophisticated, ornate, complex and convincing thriller."

"it's effective as both a drama and a cautionary tale and the lessons it teaches are possibly more relevant in today's world than they were 15 years ago."

"Director Gavin Hood gives the proceedings a rousing electricity, and he’s aided by a cast which leans into the story’s urgency and continued relevance."

"A model of professionalism and energy, Official Secrets moves along at a brisk clip. It’s paced like a police procedural, but it focuses not on an investigator but rather a moral exemplar who takes a principled stand in defiance of the price that has to be paid."

"The story Hood’s film tells is a vital one to revisit, not just because the deceptions it illuminates inform so much of the political and international morass affecting our daily lives, but also shows the power of a single act of moral courage, and it does so while being blisteringly entertaining cinema."