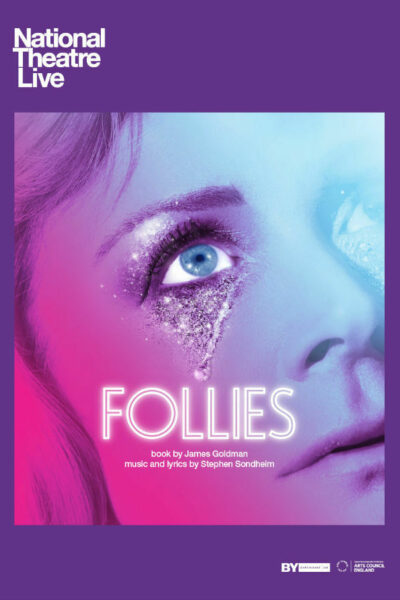 The Moxie: On Stage is a new series showcasing world class performances from stages across the globe. Tickets: $20/adults; $15/members & students This series is made possible thanks to a grant from the [Springfield Regional Arts Council](http://www.springfieldarts.org/). New York, 1971. There’s a party on the stage of the Weismann Theatre. Tomorrow the iconic building will be demolished. Thirty years after their final performance, the Follies girls gather to have a few drinks, sing a few songs and lie about themselves. Follies is a dazzling musical by Stephen Sondheim (A Little Night Music, Sweeney Todd, Sunday in the Park with George), performed for the first time on the National Theatre’s Olivier stage. The cast includes Imelda Staunton, who was recently on NT Live screens in Who’s Afraid of Virginia Woolf?, Tracie Bennett and Janie Dee; and the production will also include a 21-piece orchestra. It promises to be a visual and musical extravaganza, and we are delighted to be bringing it to screens. Stephen Sondheim’s legendary musical is staged for the first time at the National Theatre and broadcast live to cinemas. Tracie Bennett, Janie Dee and Imelda Staunton play the magnificent Follies in this dazzling new production. Featuring a cast of 37 and an orchestra of 21, it’s directed by Dominic Cooke (The Comedy of Errors). Winner of Academy, Tony, Grammy and Olivier awards, Sondheim’s previous work includes A Little Night Music, Sweeney Todd and Sunday in the Park with George.