On Stage: No Man's Land 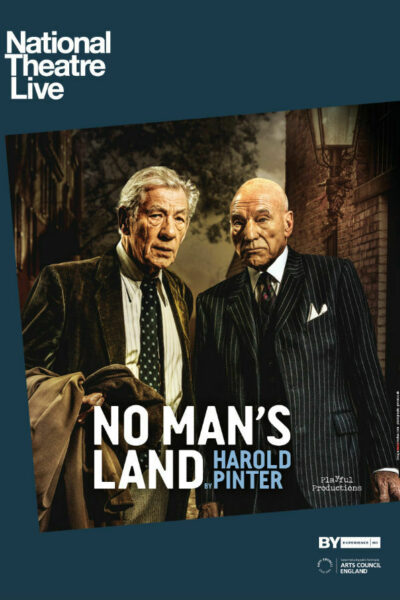 The Moxie: On Stage is a new series showcasing world class performances from stages across the globe. Tickets: $20/adults; $15/members & students This series is made possible thanks to a grant from the [Springfield Regional Arts Council](http://www.springfieldarts.org/). Following their hit run on Broadway, Ian McKellen and Patrick Stewart return to the West End stage in Harold Pinter’s No Man's Land, broadcast live to cinemas from Wyndham’s Theatre, London. Also starring Owen Teale and Damien Molony, don’t miss this glorious revival of Pinter’s comic classic. The broadcast will be followed by an exclusive Q&A with the cast and director Sean Mathias. In No Man's Land, two elderly men have met in a London pub. Spooner says he's a poet: Hirst might be a critic. They drink a great deal and they talk about the past, which perhaps they shared. This is Harold Pinter at his wittiest. The comedy even survives the threatening presence of two younger men. Since its premiere in 1975 and its acclaimed London revival in 2008, No Man's Land has been hailed as one of Pinter's "indisputable modern classics" (Telegraph). Now Ian McKellen ("Spooner") and Patrick Stewart ("Hirst") inhabit this unsettling drama. [McKellen.com] Synopsis: One summer's evening, two ageing writers, Hirst and Spooner, meet in a Hampstead pub and continue their drinking into the night at Hirst's stately house nearby. As the pair become increasingly inebriated, and their stories increasingly unbelievable, the lively conversation soon turns into a revealing power game, further complicated by the return home of two sinister younger men.