One Night in Miami

One Night in Miami is a fictional account of one incredible night where icons Muhammad Ali, Malcolm X, Sam Cooke, and Jim Brown gathered discussing their roles in the civil rights movement and cultural upheaval of the 60s.
(R, 114 min.) 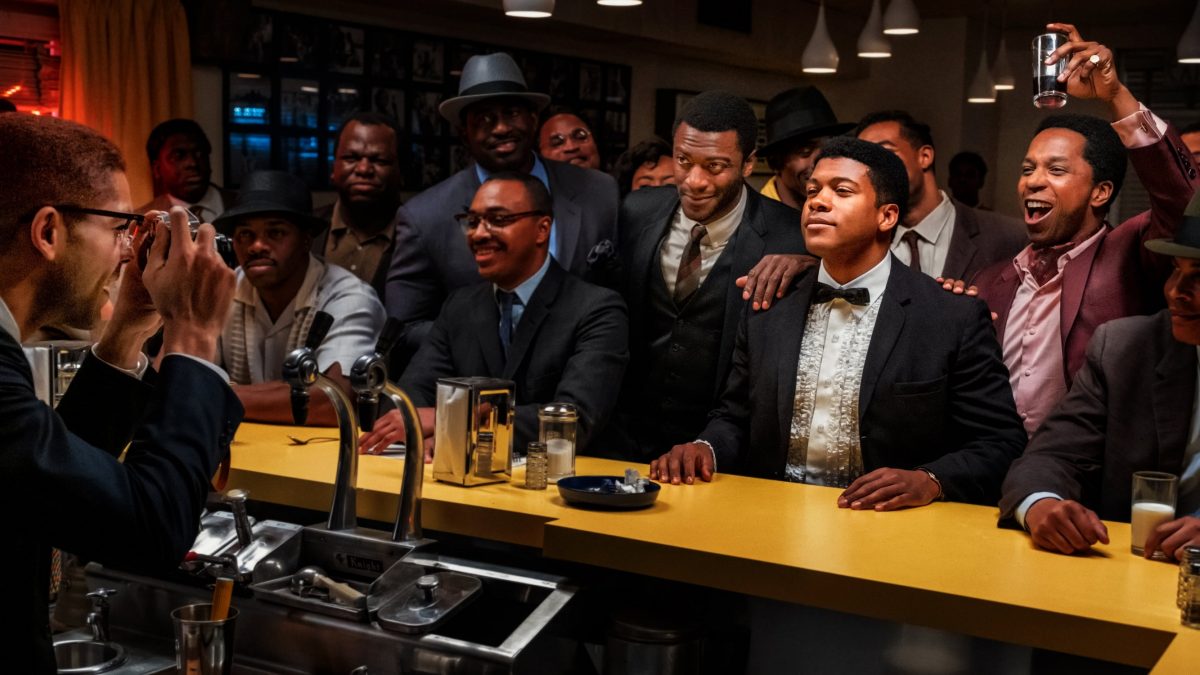 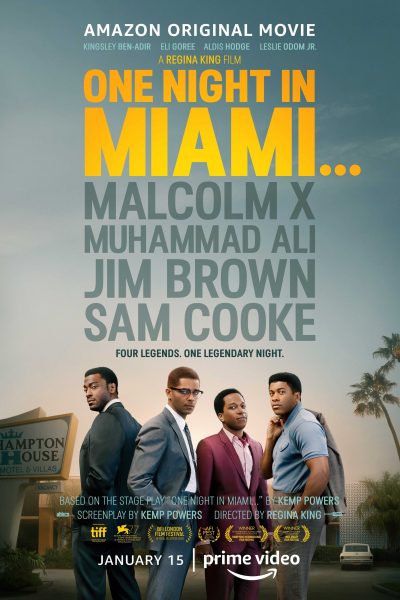 "These four actors provide their roles with a bold presence both in their ability to impersonate physically and embody spiritually."

"The words and performances are so enlightening your eyes will stay glued to the screen. As a director, King makes a lot of right choices."

"Regina King’s directorial debut is a quiet and contemplative film, filled with powerful mediations on race, responsibility, and revolution that are both timely and entertaining."

"Both entertaining and illuminating, the Amazon production draws a tacit line between a pivotal moment in the Civil Rights movement and America's current racial reckoning."

"One Night in Miami hits so hard because it remains joyfully, often painfully grounded in what makes a person extraordinary, even when the world isn’t ready for them. Here’s hoping this world is ready for what King has to show it."

"Kemp Powers' thoughtful script gives us an insight into what might have been going on behind the sports and entertainment performances that awed us, and in doing so urges us to look at what's still going on now. Director Regina King's cast delivers some of the best performances of the year, unveiling the hidden pain of public figures. Through a keen focus and confident flow, she unfurls their struggles in a poignant display to show how they live on today."