A film director reflects on the choices he's made in life as past and present come crashing down around him.
Dolor y gloria (original title)
(R, 113 min.) 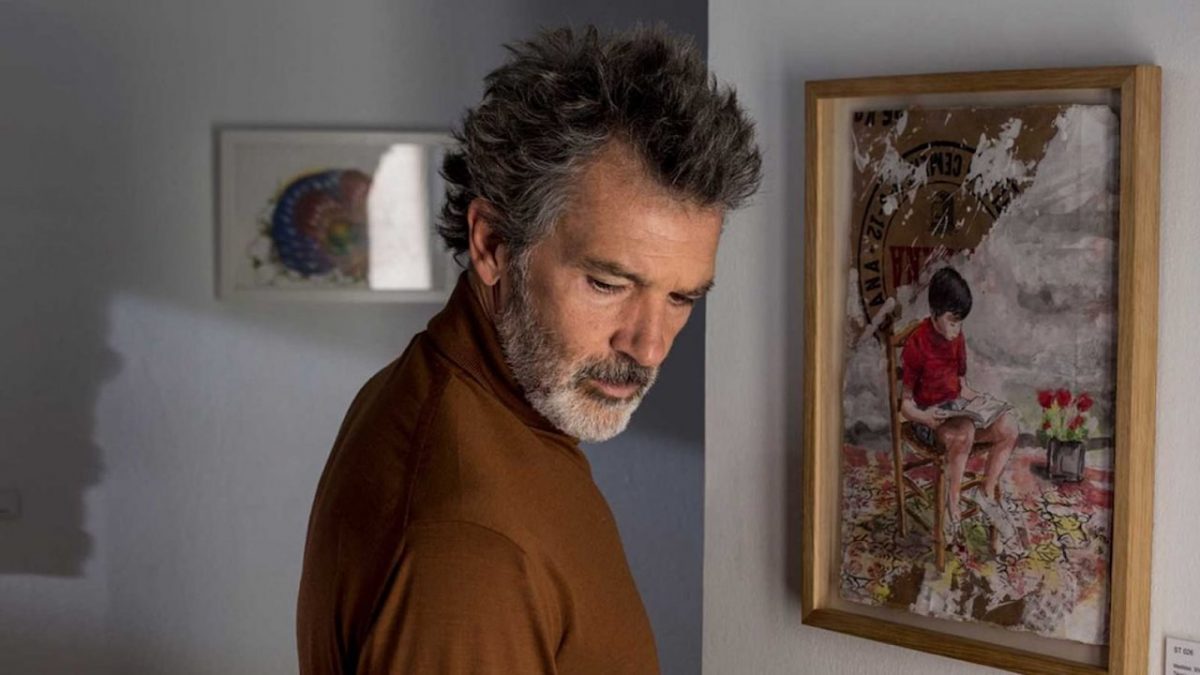 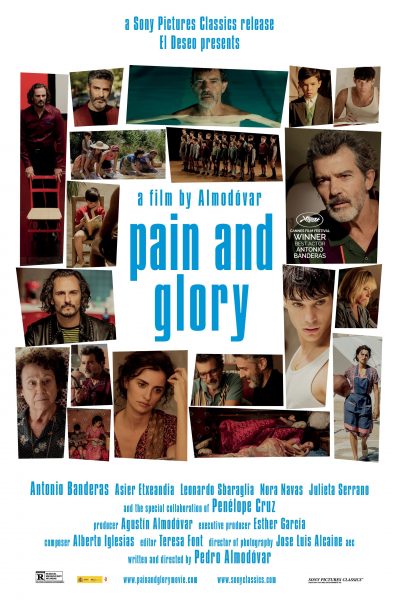 Pain and Glory tells of a series of reencounters experienced by Salvador Mallo, a film director in his physical decline. Some of them in the flesh, others remembered: his childhood in the 60s, when he emigrated with his parents to a village in Valencia in search of prosperity, the first desire, his first adult love in the Madrid of the 80s, the pain of the breakup of that love while it was still alive and intense, writing as the only therapy to forget the unforgettable, the early discovery of cinema, and the void, the infinite void created by the incapacity to keep on making films. Pain and Glory talks about creation, about the difficulty of separating it from one's own life and about the passions that give it meaning and hope. In recovering his past, Salvador finds the urgent need to recount it, and in that need he also finds his salvation. [Sony Pictures Classics]

"A beautiful, full-hearted celebration of the craft of filmmaking."

"Pain and Glory is at once the gentlest and most emotionally naked movie Pedro Almodóvar has ever made."

"A rebirth for both actor and director, Pain and Glory sees Banderas and Almodóvar at the peak of their electric, heart-wrenching capabilities."

— Luke Parker, We Got This Covered

"A surprise in all ways except its surpassing quality, Pain and Glory reveals master Spanish director Pedro Almodóvar forging dazzling new paths while being completely himself."

"It’s a puzzle play, with one of the best closing shots in memory. Film is its subject. So is life. With Mr. Almodóvar behind the camera and Mr. Banderas in front of it, film and life are synonymous."

"Antonio Banderas gives the performance of his career playing Pedro Almodovar, the director who discovered him. 'Pain and Glory,' suffused with memory and regret, is one of Almodovar's greatest films and a moving tribute to both their talents."

"This is an especially personal work, anchored by the director’s on-off muse Antonio Banderas in perhaps his greatest performance and sweeps through the Spanish maestro’s recurrent themes: high melodrama and kitsch comedy, piety and carnal lust, sex and death, human pain and transcendent glory."