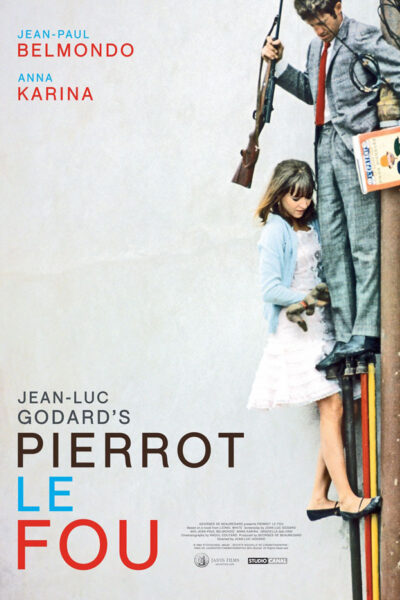 Member Picks showcases the movies that inspired the Moxie’s biggest supporters. Every month, one member picks a film that impacted their lives and we put it up on the big screen. March’s pick was made by moxie members Chris Drew and Jahnavi Delmonico. _"Pierrot is a movie with a thin plot that still has everything. It’s an action, comedy, music, crime, road movie, and romance rolled into one, but delivered with awareness and nuance that does not just entertain but opens up the familiar to new criticism and analysis. It is not afraid to ask questions that don’t have answers, and does so with sparkling style and wit. It is a beautiful example of avant garde cinema, and a reminder of why we need alternatives to the mainstream. It is like nothing else, and a shock to the narrative norms everyone deserves a taste of."_ Synopsis: Dissatisfied in marriage and life, Ferdinand (Jean-Paul Belmondo) takes to the road with the babysitter, his ex-lover Marianne Renoir (Anna Karina), and leaves the bourgeoisie behind. Yet this is no normal road trip: genius auteur Jean-Luc Godard's tenth feature in six years is a stylish mash-up of consumerist satire, politics, and comic-book aesthetics, as well as a violent, zigzag tale of, as Godard called them, "the last romantic couple." With blissful color imagery by cinematographer Raoul Coutard and Belmondo and Karina at their most animated, Pierrot le fou is one of the high points of the French New Wave, and was Godard's last frolic before he moved ever further into radical cinema. (Criterion)