Raise Hell: The Life & Times of Molly Ivins tells the story of media firebrand Molly Ivins, six feet of Texas trouble who took on the Good Old Boy corruption wherever she found it.
(NR, 93 min.) 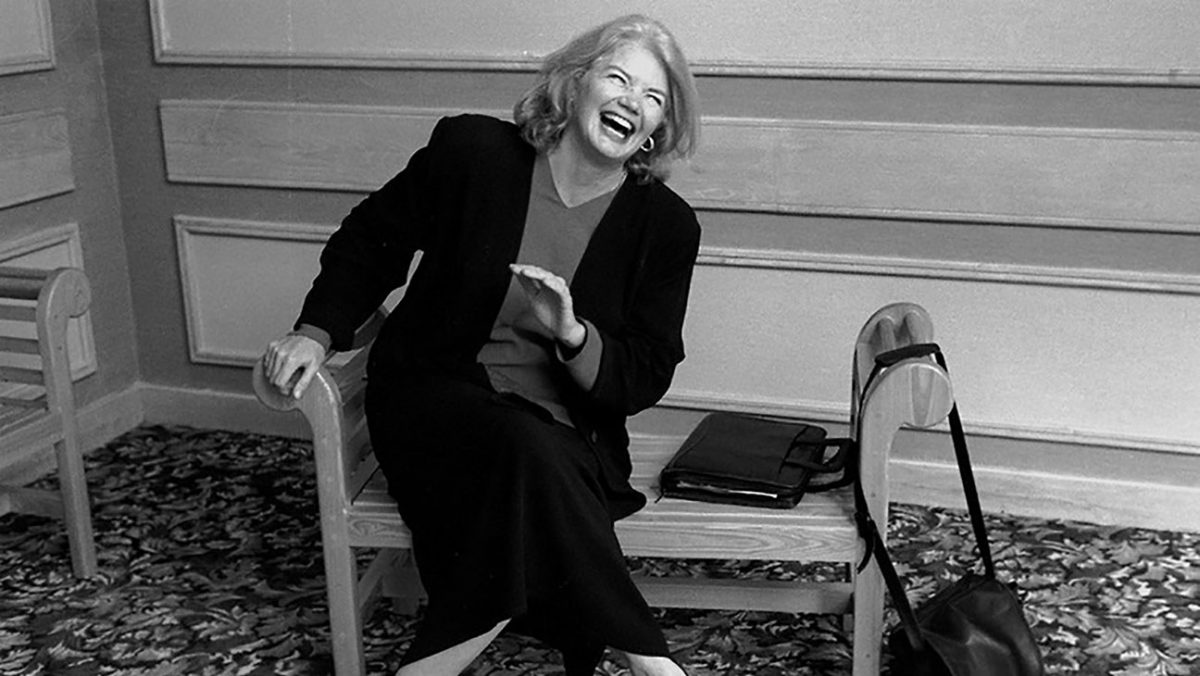 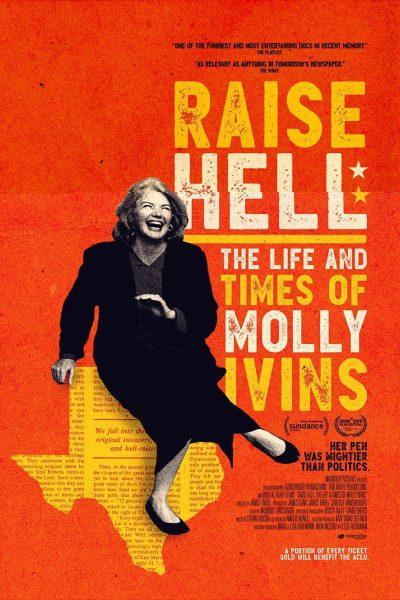 Raise Hell: The Life & Times of Molly Ivins tells the story of media firebrand Molly Ivins, six feet of Texas trouble who took on the Good Old Boy corruption wherever she found it. Her razor sharp wit left both sides of the aisle laughing, and craving ink in her columns. She knew the Bill of Rights was in peril, and said "Polarizing people is a good way to win an election and a good way to wreck a country." Molly's words have proved prescient. Now it's up to us to raise hell!

"[A] documentary that makes the case for how much the outspoken journalist's voice is missed today."

"There was never anybody like Molly Ivins before, and never will be again, and this documentary does a fine job of capturing what made her special."

"With free speech under attack, and truth-telling seemingly in short supply, "Raise Hell" offers an entertaining and bracing look at one of journalism's least punch-pulling practitioners."

"Similar to RGB, Raise Hell preaches to the small choir that adored Ivins, but this documentary sings a beautiful new psalm that will reach new disciples and renew the follower faith like a tent revival."

"“Raise Hell” reminds us of the never-ending importance of those skilled observers with the ability to speak truth to power. And if, like Ivins, they can make us laugh while doing so, then they’re all the more essential."

"There are plenty of great things to say about director Janice Engel’s portrait of the late, legendary Ivins, but maybe the best is that after watching Raise Hell: The Life and Times of Molly Ivins, you'll immediately want to go back and re-read all her books."

"[A]s depicted in this sprightly, fast-paced documentary directed by Janice Engel, Ivins was a one-of-a-kind commentator who was both smart and savagely funny, using a take-no-prisoners sense of humor to eviscerate those she felt abused the public trust."