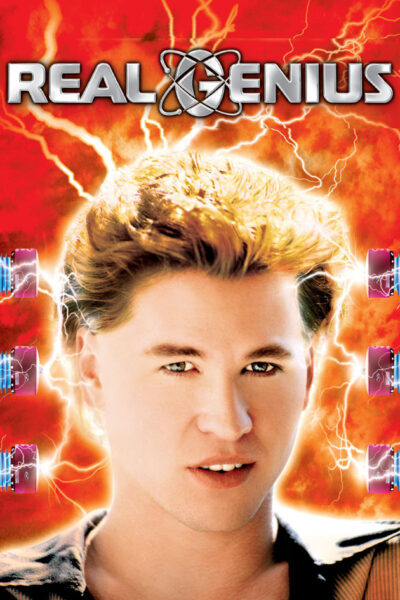 Member Picks showcases the movies that inspired the Moxie’s biggest supporters. Every month, one member picks a film that impacted their lives and we put it up on the big screen. April’s pick was made by moxie members Alex & Amy Wiley. _"Many of our favorite films come from our favorite decade – the 80’s; we were both born in the 80’s. One of these favorite films is “Real Genius” (1985) by Martha Coolidge. It is a fun, silly, yet cool science-fiction film about high school bravura, invincibility and humor. We laughed the entire way through the film; we still are amazed with the real special effects – especially the final scene. It put Val Kilmer on the map and displayed his quick-witted sarcasm, taste for adventure and youthful brilliance. Although it is one of Kilmer’s lesser known films, “Real Genius” is a fun ride. We want to share this film because a theater should be full of laughs, humor and fun."_ Summary: Teenage geniuses deal with their abilities while developing a high-powered laser for a university project. When their professor intends to turn their work into a military weapon, they decide to ruin his plans. [IMDB]