A chronicle of Dr. Martin Luther King, Jr.'s campaign to secure equal voting rights via an epic march from Selma to Montgomery, Alabama, in 1965.
(PG-13, 128 min.) 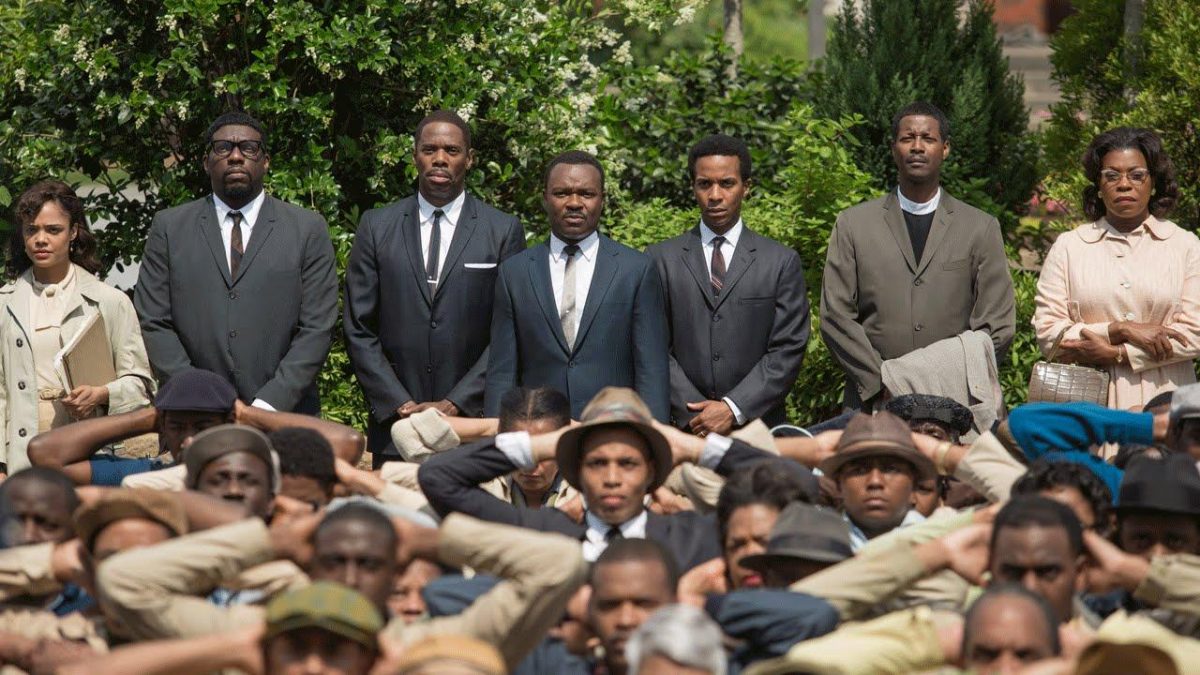 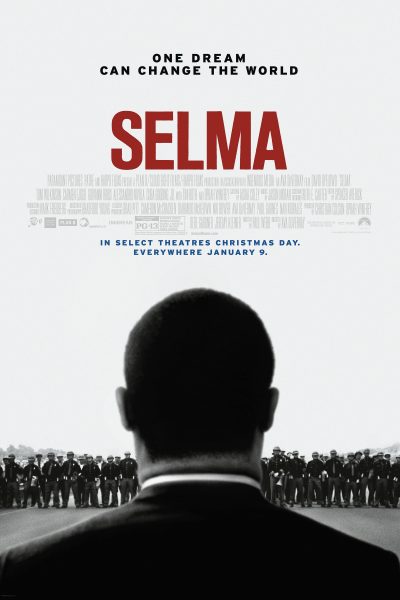 Synopsis: In 1965, Dr. Martin Luther King, Jr. (David Oyelowo) leads a dangerous campaign to secure equal voting rights in the face of violent opposition. The march from Selma to Montgomery culminates in President Johnson (Tom Wilkinson) signing the Voting Rights Act of 1965, one of the most significant victories for the civil rights movement. [Metacritic]

"In a year of remarkable performances, Oyelowo is simply magnificent as Dr. King. [2014]"

"A film this heartfelt and intelligent about social justice will never be unimportant, but it feels especially relevant today. [2014]"

"It is not hyperbole to say Oyelowo is a revelation. The British actor brings phenomenal humanity, grace and torment to a historical figure who once seemed to loom too large a legend to make flesh on screen."

"The battle it documents is both a cornerstone of the past and a reflection of ongoing struggles. DuVernay infuses Selma with that dichotomy, never forgetting how Selma, the place, was a pledge to march ahead."

"Working from a script by Paul Webb and aided by stark, beautiful, sometimes startlingly realistic cinematography by Bradford Young, DuVernay has delivered a powerful and moving portrait of Martin Luther King Jr."

"With Selma, DuVernay has pulled off a tricky feat, a movie based on historical events that never feels dull, worthy, or lifeless; it hangs together as a story and not just part of a lesson plan. The movie is at once intimate and grand in scope."

"Selma is one of the best American films of the year — and indeed perhaps the best — precisely because it does not simply show what Dr. King did for America in his day; it also wonders explicitly what we have left undone for America in ours."

"Even if you think you know what’s coming, Selma hums with suspense and surprise. Packed with incident and overflowing with fascinating characters, it is a triumph of efficient, emphatic cinematic storytelling. And much more than that, of course."

"David Oyelowo has never given a better performance. He seems to penetrate into King’s soul and camps out there for two hours. He’s tremendous, of course, when electrifying his congregation at the podium, but a sense of fatigue is even more paramount."

"There are several reasons to see Selma — for its virtuosity and scale, scope and sheer beauty. But then there are its lessons, which have to do with history, but also today: Selma invites viewers to heed its story, meditate on its implications and allow those images once again to change our hearts and minds."

"Selma is vital correspondence, filmmaking lived on the streets where brutal facts were ignored then reported, and now snatched back from history to sustain a spirit few films can or will possess. It is stunning humanistic cinema on a mainstream scale... It has inventiveness, urgency, humor, and most of all emotion that draws effortless parallels rather than leaving its lesson up on the screen."