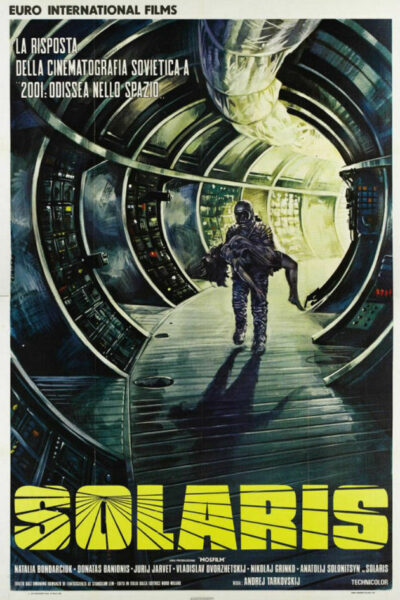 Staff Picks Series Every month a member of the Moxie staff picks a film that impacted their lives and we put it up on the big screen. February’s pick was made by Avalon Johnson. _I love the way it forces you to think about perception. There really isn't anything lacking in Solaris. Tarkovsky is known for being impeccable at creating atmosphere, and I think it's insane how he can have that but also tell a story that is universal to the human experience. In Solaris he expresses extremely human ideas in such a lifeless atmosphere, which makes it all the more powerful. I want to share it with others because I think it's beautiful and offers an unforgettable viewing experience._ Synopsis: Ground control has been receiving mysterious transmissions from the three remaining residents of the Solaris space station. When cosmonaut and psychologist Kris Kelvin is dispatched to investigate, he experiences the same strange phenomena that afflict the Solaris crew, sending him on a voyage into the darkest recesses of his consciousness. With Solaris, the legendary Russian filmmaker Andrei Tarkovsky created a brilliantly original science-fiction epic that challenges our conceptions about love, truth, and humanity itself.