The life of Fanny Brice, famed comedienne and entertainer of the early 1900s. We see her rise to fame as a Ziegfeld girl, subsequent career, and her personal life, particularly her relationship with Nick Arnstein.
(G, 151 min.) 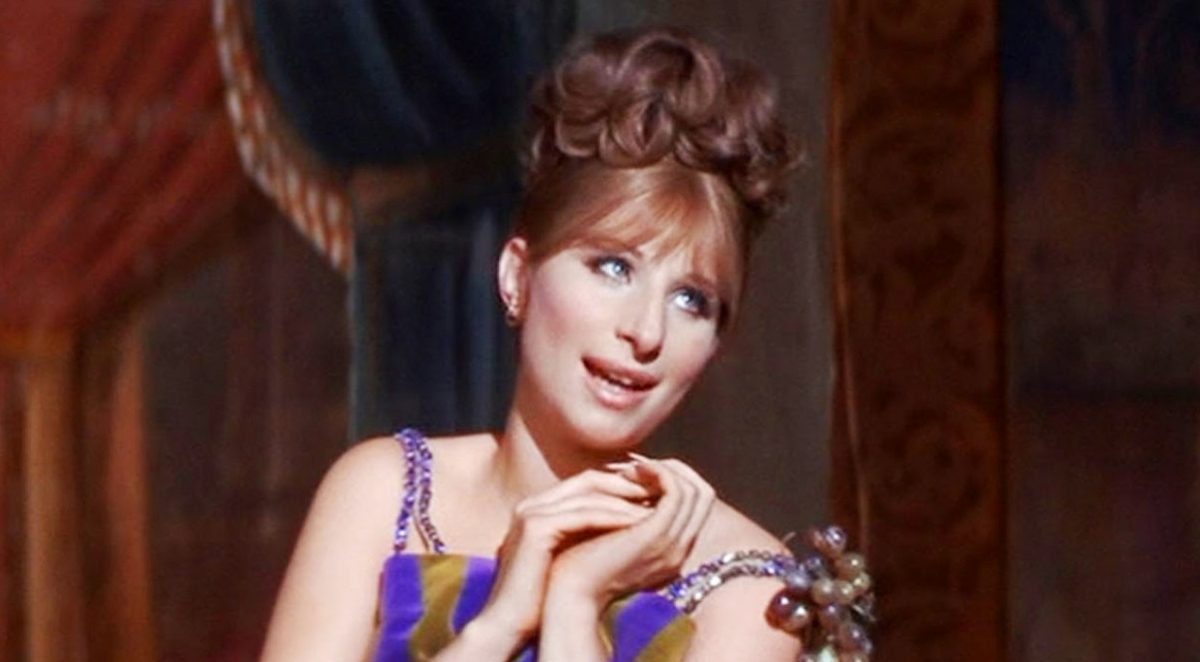 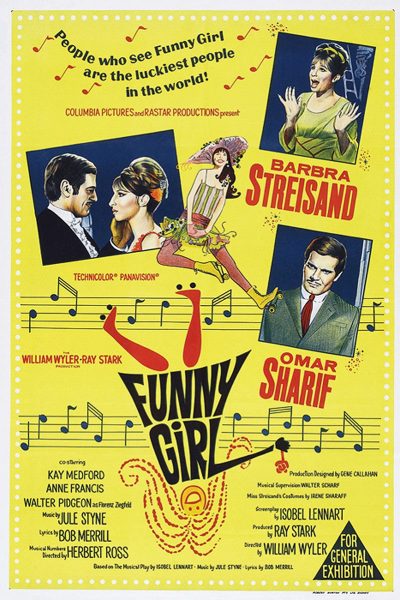 Staff Picks Series
Every month a member of the Moxie staff picks a film that impacted their lives and we put it up on the big screen.
October's pick was made by Hannah Brashers.

"Since I was a child, I've had an obsession with Barbra Streisand and Funny Girl is Barbra Streisand at her best. Hello, gorgeous. As a teenager, I’d watch this movie over and over again and see myself in the awkward but ambitious Fanny Brice. (In fact, I once created elaborate choreography for me and my little sister to “Don’t Rain On My Parade.”) While I’m grateful I’m not nearly as nerdy as I was at 13, I can still scream sing every word to every song in this film and I still cry in that final heartbreaking scene every time. To me, Funny Girl feels nostalgic, warm, and a little bit like coming home."

Summary: "Hello, gorgeous!" was Barbra Streisand's first comment to the Oscar statuette which she won for her performance in this biopic of entertainer Fanny Brice. This is also her first line in the film itself, the catalyst for a movie-long flashback. Repeating her Broadway role, Streisand stars as legendary comedienne Brice (1891-1951), whose life until the mid-1920s is romanticized herein. A gawky New Yawker, Brice fast-talks her way into show business, certain that she's destined to be "The Greatest Star." Hired as a "dramatic" singer by impresario Flo Ziegfeld (Walter Pidgeon), Brice defies orders to play it straight, turning a "Beautiful Bride" tableau into a laugh riot by dressing herself up as an extremely pregnant newlywed. The stratagem turns Brice into an overnight star and the toast of Broadway. But all is not roses for Brice, especially in her turbulent private life as the wife of big-time gambler Nicky Arnstein (Omar Sharif). Nicky at first finds it amusing to be referred to as "Mr. Brice," but he begins to resent his wife's fame and fortune and starts taking foolish risks with other people's money. The film was nominated for 8 Oscars, including Best Picture and Kay Medford for her portrayal of Brice's mother, Rose. ~ Hal Erickson, Rovi

"Barbra Streisand in her Hollywood debut makes a marked impact."

"When she is singing--in a marvelous scene on roller skates--when she throws a line away, or shrugs, or looks funny or sad, she has a power, gentleness and intensity that rather knocks all the props and sets and camera angles on their ear."

"The musical biography of comedian Fanny Brice emerges as a true classic, as enthralling as the day it was released in 1968. A superb example of Hollywood craftsmanship in which all elements have been blended to perfection with inspired artistry."