Pilot Amelia Wren (Felicity Jones) and scientist James Glaisher (Eddie Redmayne) find themselves in an epic fight for survival while attempting to make discoveries in a gas balloon.
(PG-13, 100 min.) 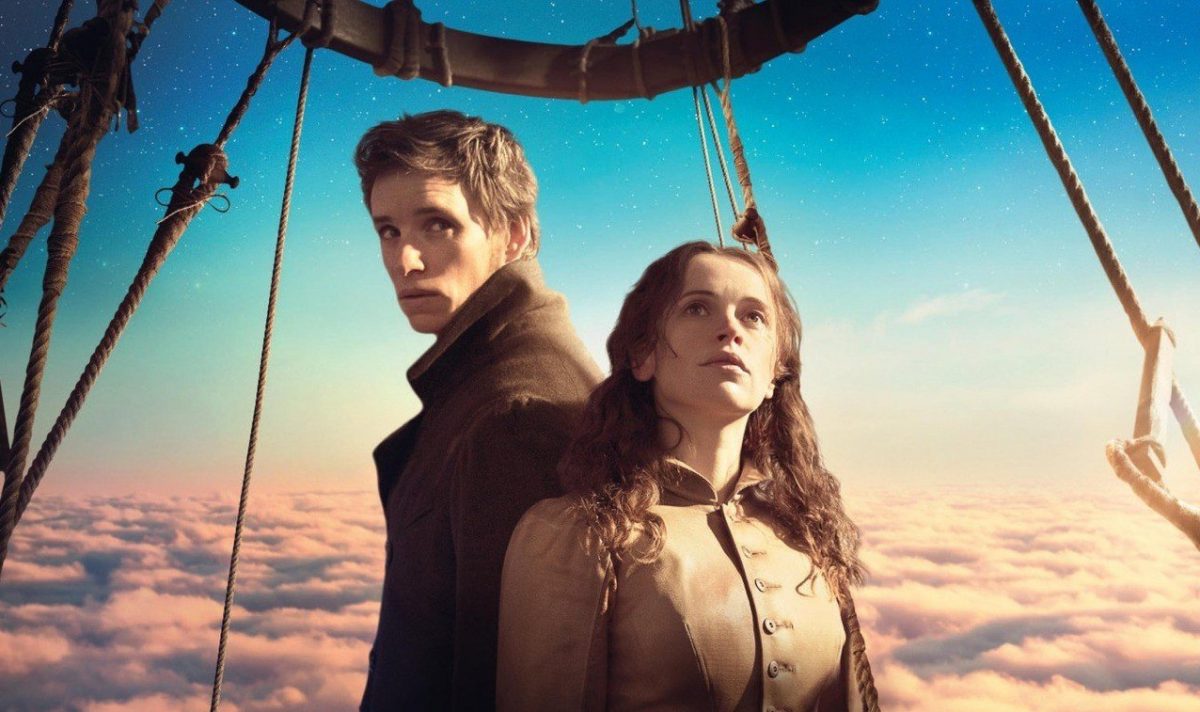 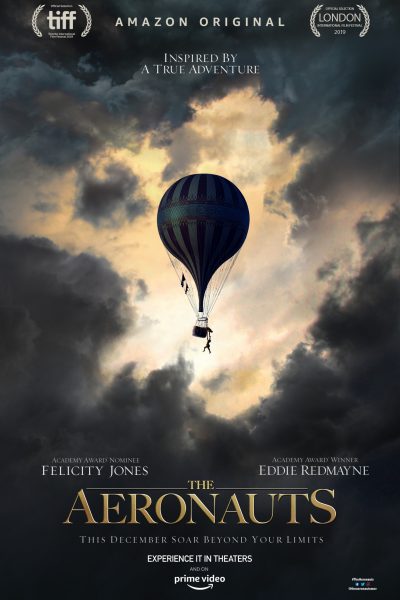 In 1862, daredevil balloon pilot Amelia Wren (Felicity Jones) teams up with pioneering meteorologist James Glaisher (Eddie Redmayne) to advance human knowledge of the weather and fly higher than anyone in history. While breaking records and advancing scientific discovery, their voyage to the very edge of existence helps the unlikely pair find their place in the world they have left far below them. But they face physical and emotional challenges in the thin air, as the ascent becomes a fight for survival.
[Metacritic]

"A thrilling, action-packed, wide-vista yarn from the sharp quills of Jack Thorne and co-writer and director Tom Harper, this Amazon-backed project is deceptively simple yet surprisingly deft."

"When so many supersized blockbusters take the potential of CGI action for granted, "The Aeronauts" finds a fresh use for it by turning the exhilaration of discovery into a real visual treat."

"The Aeronauts achieves impressive elevation as a bracing and sympathetic account of two early and very different aviators who together reached literal new heights in a perilous field of endeavor."

"Inspired by real events, the film is at its best when it leans into the action-adventure genre; director Tom Harper smartly uses camera-shake and closeups to immerse the audience in the weather’s volatility."

"The Aeronauts serves an important purpose as an aspirational film for young girls who either love science, or whose parents hope they see the movie and understand that women can be just as excited about taking a hero’s journey as any man."