The Essentials: It Happened One Night (1934) 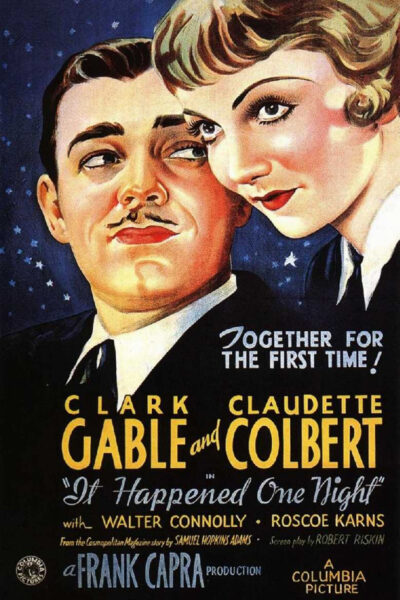 The Essentials: Classic Comedies This quarterly series showcases the “essential” films everyone should see on the big screen. For each month-long program, we’ll screen five films organized by one of the following themes: directors, actors, genres, and eras/movements. Essential tickets are $9 for Adults, $8 for Students/Seniors and Members get in Free! Summary: A spoiled heiress running away from her family is helped by a man who is actually a reporter in need of a story. It Happened One Night (1934) is one of the greatest romantic comedies in film history, and a film that has endured in popularity. It is considered one of the pioneering "screwball" romantic comedies of its time The escapist theme of the film, appropriate during the Depression Era, is the story of the unlikely romantic pairing of a mis-matched couple - a gruff and indifferent, recently-fired newspaper man (Gable) and a snobbish, superior-acting heiress (Colbert) - a runaway on the lam. It is a reversal of the Cinderella story (the heroine rejects her wealthy lifestyle), a modern tale with light-hearted sex appeal in which courtship and love triumph over class conflicts, socio-economic differences, and verbal battles of wit.