After withdrawing to the Chateau Marmont, a passionless Hollywood actor reexamines his life when his eleven-year-old daughter surprises him with a visit.
(R, 98 min.) 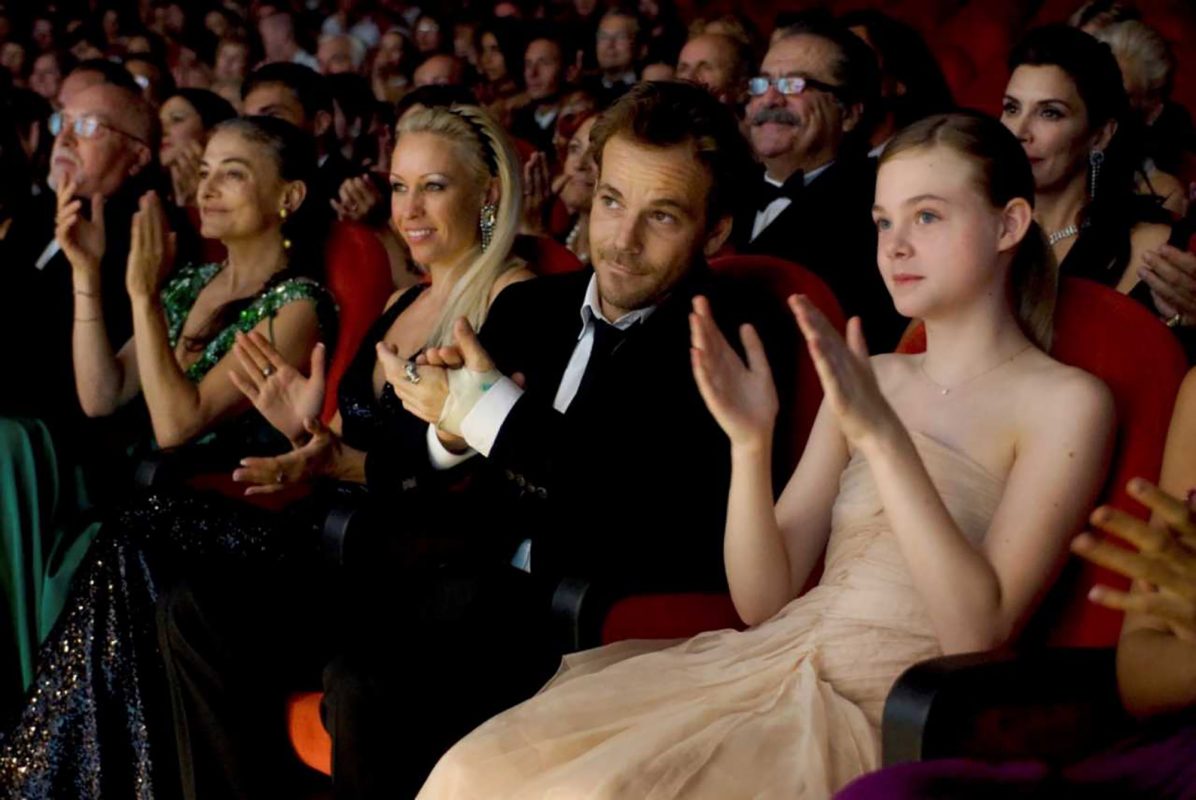 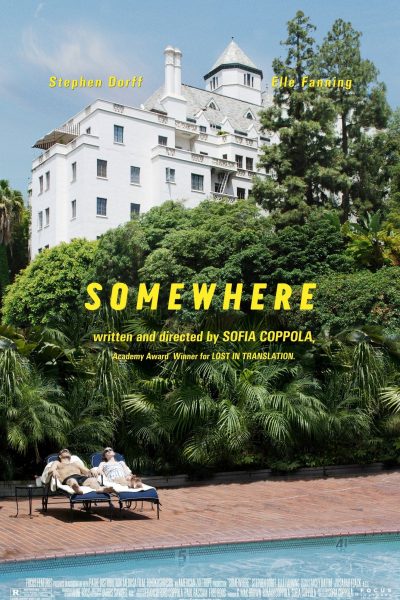 You have probably seen him in the tabloids; Johnny is living at the legendary Chateau Marmont hotel in Hollywood. He has a Ferrari to drive around in, and a constant stream of girls and pills to stay in with. Comfortably numbed, Johnny drifts along. Then, his 11-year-old daughter Cleo from his failed marriage arrives unexpectedly at the Chateau. Their encounters encourage Johnny to face up to where he is in life and confront the question that we all must: which path in life will you take?
[Focus Features]

"...one of the great cinematic portraits of a city."

"There's little dialogue, but a whole lot is said in every frame."

"Coppola is a true filmmaker, and in Somewhere she pierces the Hollywood bubble from the inside."

"There's grace here, in its aching assessment of loneliness, in its examination of connections and family..."

"Coppola's graceful, touching, father-daughter chamber piece feels like -- in the best sense -- a love letter to her father."

"An intimate foray inside the emotional life of an adult who realizes they've been focusing for far too long on the wrong priorities in life."

"A distinctly European exercise in observational nuance and tonal restraint in which Coppola stretches static images to the breaking point."

"Both Dorff and 12-year-old Elle Fanning give lovely, unforced performances. You can feel a tenderness building between them, and also a vast, upwelling reservoir of things they can't or won't talk about."

"A minimalist mood piece and that mood is the melancholy that comes with the realization that you've accomplished very little of real significance and your daily routine is nothing more than varying cycles of self-fulfillment."

"A fascinating, mature, beautifully crafted work of art, from a director who continues to surprise us. Sofia Coppola has absorbed the Italian avant-garde more completely than her father ever did, and has made a film about celebrity in the vein of Antonioni and Bertolucci, a film about Hollywood in which she turns her back on it, possibly forever."