A mob hitman recalls his possible involvement with the slaying of Jimmy Hoffa.
(R, 209 min.) 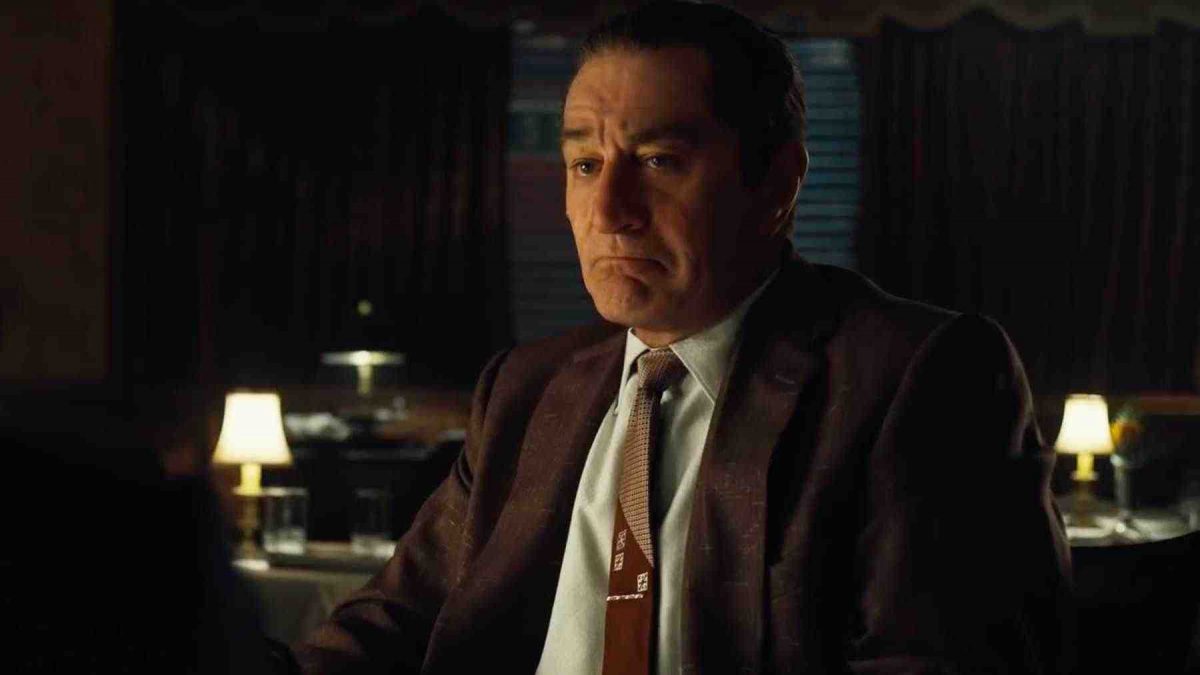 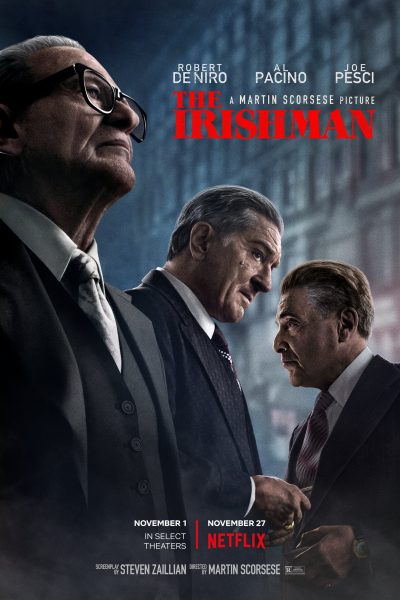 The Irishman is an epic saga of organized crime in post-war America told through the eyes of World War II veteran Frank Sheeran (Robert De Niro), a hustler and hitman who worked alongside some of the most notorious figures of the 20th Century. Spanning decades, the film chronicles one of the greatest unsolved mysteries in American history, the disappearance of legendary union boss Jimmy Hoffa, and offers a monumental journey through the hidden corridors of organized crime: its inner workings, rivalries and connections to mainstream politics. [Metacritic]

"With 'The Irishman,' Scorsese proves he's more alive than ever."

"The Irishman is a remarkable achievement that proves the best may yet to come from one of the most essential American filmmakers to ever live."

"It’s so much more than a story about mobsters. It’s a story of hope, success, and failure. It’s a sprawling behemoth of a film that surprisingly, considering its length, I already want to watch again."

"Of course, Scorsese delivers a stunning, gangster flick but The Irishman is so much more, a melancholy eulogy for growing old and losing your humanity. Savor every one of its 209 minutes, you won’t regret it."

"No-one but Scorsese and this glorious cast could have made this movie live as richly and compellingly as it does, and persuade us that its tropes and images are still vital. It is another massive achievement for Scorsese."

"The master filmmaker has made an introspective, thoughtful, even somber film that manages to be just as entertaining as his classics, even while diving deep into the darkest souls and finding some semblance of a heart."

"It’s in its long, sobering final act that The Irishman accumulates its full power and reveals its grander purpose. Overall, this is a remarkably brisk three-and-a-half hours—Scorsese, at a ripe 76, still directs with the energy of a hungry young filmmaker, his command of montage yanking the audience forward from scene to scene."

"The Irishman is vintage Scorsese, with an often sinuously moving camera, occasional break-the-fourth-wall monologues, wicked wise-guy humour, and explosions of sudden tenderness and casual violence. And its final half-hour pulls something even deeper from the filmmaker – moments of reflection, twinges of regret, worries about chances thrown away."

"Martin Scorsese’s The Irishman is a coldly enthralling, long-form knockout — a majestic Mob epic with ice in its veins. It’s the film that, I think, a lot us wanted to see from Scorsese: a stately, ominous, suck-in-your-breath summing up, not just a drama but a reckoning, a vision of the criminal underworld that’s rippling with echoes of the director’s previous Mob films, but that also takes us someplace bold and new."