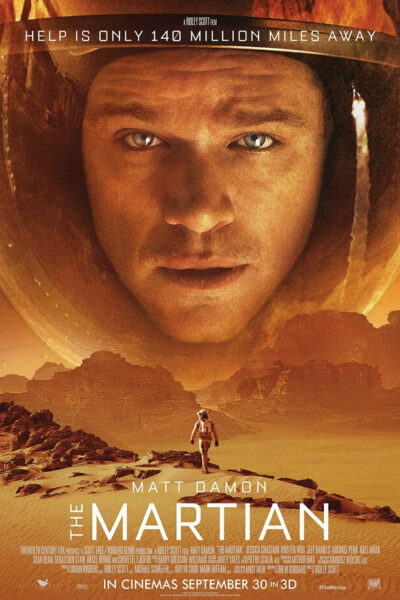 The Science on Screen film series is a creative pairing of classic, cult, and documentary films with a post show discussion by notable figures from the world of science, technology, and medicine. Dr. Michelle Bowe (MSU, Biology) and Charles Armstrong (NASA External Relations) will lead a discussion of the film. Admission price is $9 for Adults /$8 for Seniors and Students Free for Members Film Synopsis: During a manned mission to Mars, Astronaut Mark Watney (Matt Damon) is presumed dead after a fierce storm and left behind by his crew. But Watney has survived and finds himself stranded and alone on the hostile planet. With only meager supplies, he must draw upon his ingenuity, wit and spirit to subsist and find a way to signal to Earth that he is alive. Millions of miles away, NASA and a team of international scientists work tirelessly to bring “the Martian” home, while his crewmates concurrently plot a daring, if not impossible rescue mission. As these stories of incredible bravery unfold, the world comes together to root for Watney’s safe return. [20th Century Fox]