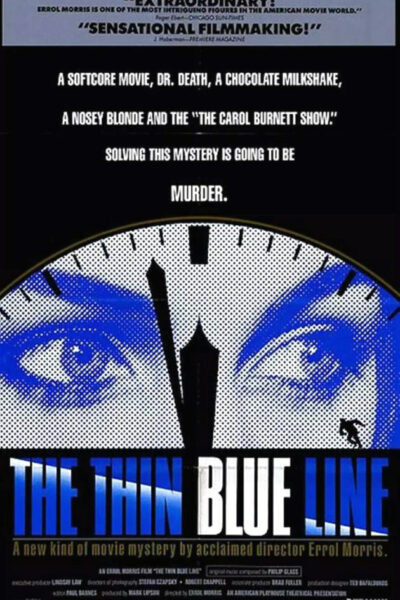 Staff Picks Series Every month a member of the Moxie staff picks a film that impacted their lives and we put it up on the big screen. August's pick was made by Mike Stevens. **What do you love about this film, and why do you want to share it with others?** _"I love how Errol Morris upends your expectations of a documentary. Irreverent and irascible, he forces you to explore, as Roger Ebert said, the space between facts. His movies also tend to be a lot of fun even as they tackle serious subjects"._ **Free for Members** Summary: Among the most important documentaries ever made, The Thin Blue Line, by Errol Morris, erases the border between art and activism. A work of meticulous journalism and gripping drama, it recounts the disturbing tale of Randall Dale Adams, a drifter who was charged with the murder of a Dallas police officer and sent to death row, despite evidence that he did not commit the crime. Incorporating stylized reenactments, penetrating interviews, and haunting original music by Philip Glass, Morris uses cinema to build a case forensically while effortlessly entertaining his viewers. The Thin Blue Line effected real-world change, proving film’s power beyond the shadow of a doubt.