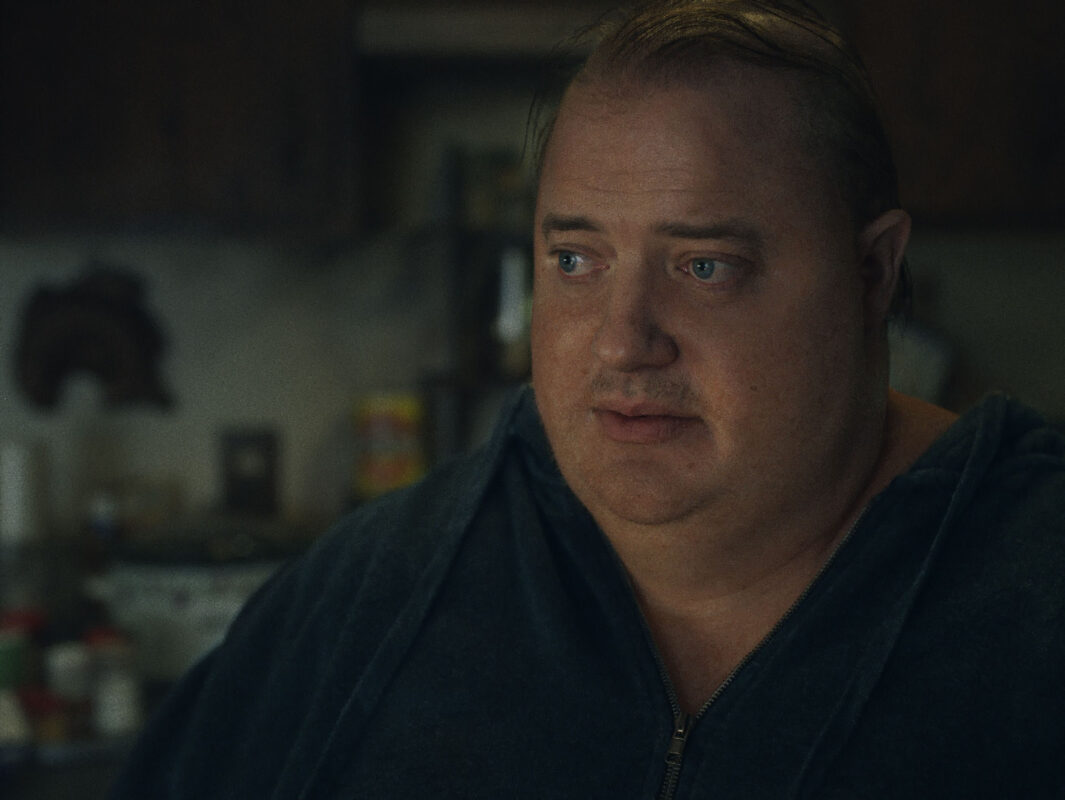 From Darren Aronofsky comes The Whale, the story of a reclusive English teacher who attempts to reconnect with his estranged teenage daughter. Starring Brendan Fraser and based on the acclaimed play by Samuel D. Hunter. [A24]

"This is a film that stays with you and changes you."

"The Whale is an exquisitely soulful tale that avoids forgettable sentimentality."

"A piercing, compassionate parable about grace and reconciliation, told with truly Biblical force."

"Fraser, so good, takes what could be a joke, a flat tragedy, or even a lecture about weight and imbues it with gorgeous humanity."

"Alongside The Wrestler, The Whale is Aronofsky at his most compassionate. It’s a gargantuan invitation to empathy and understanding."

"The movie might largely be remembered for being somber, an emotion that stays at the forefront of the narrative, but it’s optimism that buoys its ending."

"With The Whale, Aronofsky and Fraser have taken substantive risks, in the name of an insistent empathy. I think, and my tear ducts agree, that those risks paid off."

"What it boasts in abundance — in this riveting study of a deeply broken man, suffocated by nine years of self-immolation — is a rare and deep compassion, elevated by Fraser’s starring turn."

"Brendan Fraser is on the march to Oscar. That's how astonishing his acting is as a morbidly obese recluse in this deeply moving character study. Accusations that wearing a fatsuit diminishes his tour de force performances are nonsense. This is essential viewing."

"The intense chamber drama never disguises its stage roots but transcends them with the grace and compassion of the writing and the layers of pain and despair, love and dogged hope peeled back in the central performance. Fraser makes us see beyond the alarming appearance to the deeply affecting heart of this broken man."