A charismatic New York City jeweler always on the lookout for the next big score, makes a series of high-stakes bets that could lead to the windfall of a lifetime. Howard must perform a precarious high-wire act, balancing business, family, and encroaching adversaries on all sides, in his relentless pursuit of the ultimate win.
(R, 135 min.) 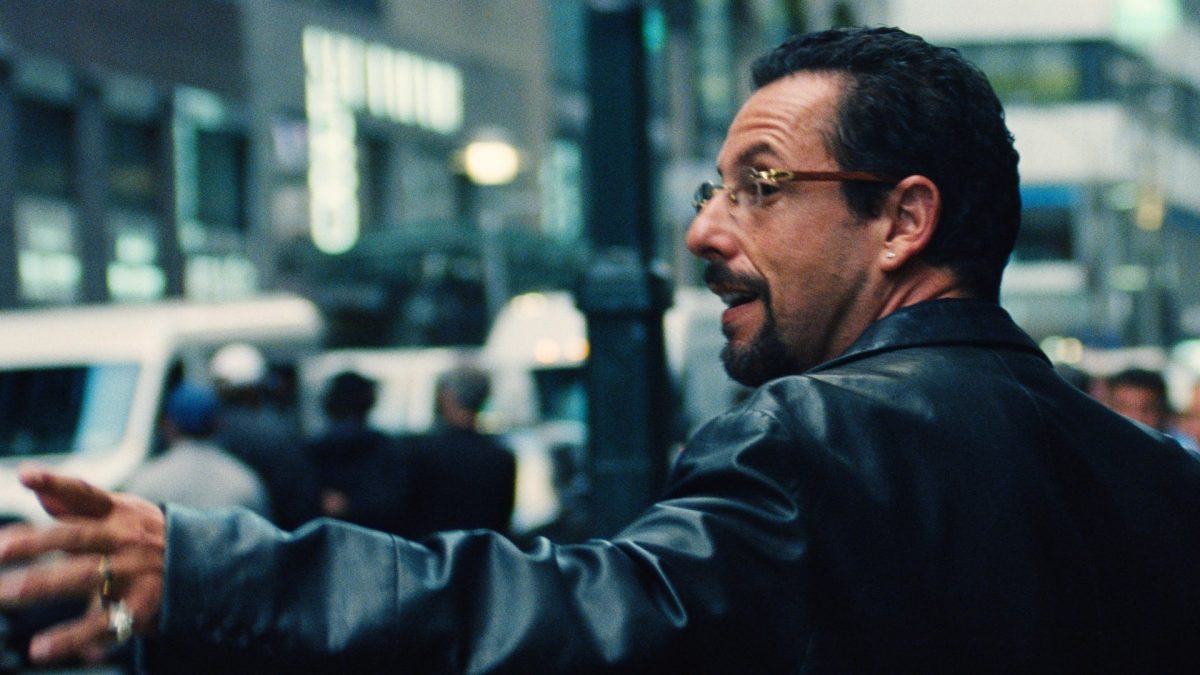 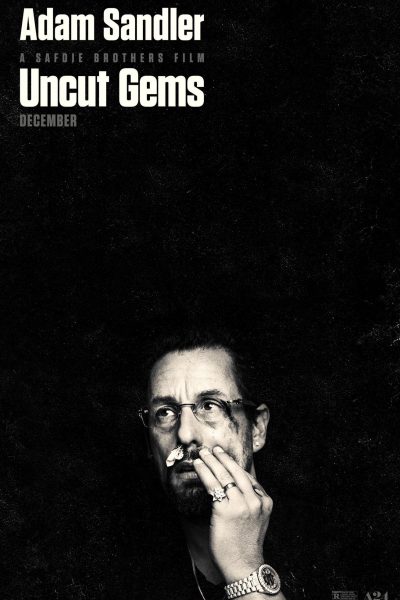 Howard Ratner (Adam Sandler), a charismatic New York City jeweler, is always on the lookout for the next big score. When he makes a series of high-stakes bets that could lead to the windfall of a lifetime, Howard must perform a precarious high-wire act, balancing business, family, and encroaching adversaries on all sides, in his relentless pursuit of the ultimate win. [Metacritic]

"Uncut Gems is an insane ride with no respite that will grind your senses down to their last nerve."

"It’s made with so much love, care and enthusiasm—plus no small amount of risk—you thrill to think that they’re just getting started."

"It’s practically a cinematic panic attack, feverishly sustained over more than two hours by two directors who never fail to get under the skin."

"Uncut Gems emerges as real gem itself, a sparkling comedy-drama about a compulsive gambler and risk-taker who never knows when to quit."

"It is the most arrhythmia-inducingly tense film I have seen in years: by the end, I felt as if I’d spent the last two hours being dangled by my ankles over a crocodile pit."

"It's a bruising, desperate anxiety attack of a film that rips the rug out from under you when you least expect it. And, because it really cannot be said enough: Adam Sandler is on the form of his life."

"Suggests "Mean Streets" by way of Preston Sturges, with a touch of "Death of a Salesman" to boot - a mesmerizing chronicle of desperate schemes, and it's hard to imagine anyone but Sandler at the center of it."

"The Safdie brothers continue their winning streak of making harshly real films about everyday New Yorkers with fatal flaws. But this time, they’ve also given Adam Sandler a platform to show just how good he is with the right collaborators. The results are as stylish as they are affecting."

"You’re not dreaming. Billy Madison, Mr. Deeds, Happy Gilmore, Robbie Hart and the guy that sang “The Hanukkah Song” is doing the finest work of his career in Uncut Gems, a new crime comedy co-written and directed by Joshua and Benny Safdie. Pigs have flown, for Sandler is brilliant."

"At close to two and a half hours, Uncut Gems is a wild and long ride that refuses to let either the characters or the audience relax. But hey, you don’t go to a Safdie Brothers movie to relax — you go to let them take you on a hell of a ride. Or is it a ride to hell? With these guys, it can sometimes be hard to tell the difference."

"Sandler somehow manages to make him both totally exasperating and oddly magnetic—we watch his foolhardy flirtation with ruin in a state of shocked disbelief that borders on admiration. It’s a performance as live-wire exciting as the one the Safdies got out of Robert Pattinson in Good Time. And the movie itself is exhilarating. Just bring a Xanax."

"The Safdies have crafted a complete experience here: A pointed critique of the “American Dream,” a wry portrait of Jewish assimilation in the 21st century, a cautionary tale about gambling addiction (that also doesn’t shy away from showing how seductive sports betting can be), and an unflinching character study centered around the best performance of Adam Sandler’s career."