A young apprentice hunter and her father journey to Ireland to help wipe out the last wolf pack. But everything changes when she befriends a free-spirited girl from a mysterious tribe rumored to transform into wolves by night.
(PG, 103 min.) 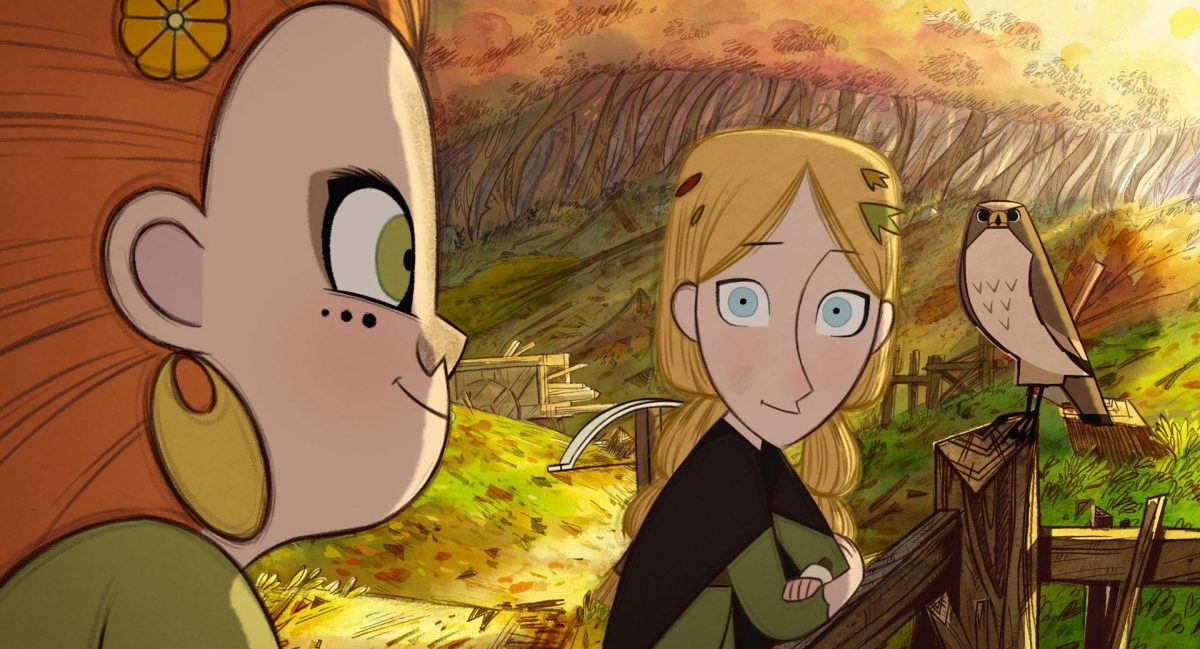 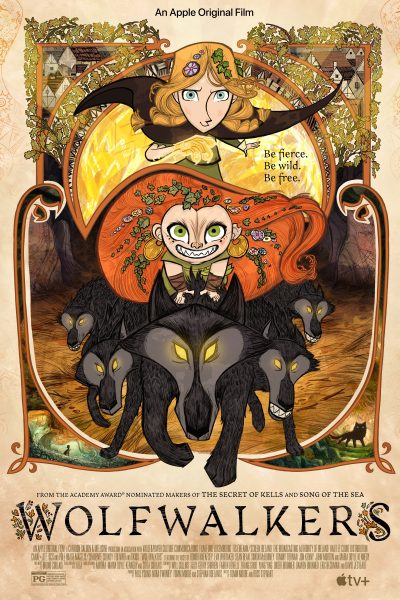 In a time of superstition and magic, a young apprentice hunter, Robyn Goodfellowe, journeys to Ireland with her father to wipe out the last wolf pack. While exploring the forbidden lands outside the city walls, Robyn befriends a free- spirited girl, Mebh, a member of a mysterious tribe rumored to have the ability to transform into wolves by night. As they search for Mebh’s missing mother, Robyn uncovers a secret that draws her further into the enchanted world of the wolfwalkers and risks turning into the very thing her father is tasked to destroy.
[Metacritic]

"Not only is Wolfwalkers easily the best animated film of the year, but a stirring masterwork, as stunningly gorgeous as it’s philosophically profound."

"Exciting, thought-provoking and visually striking, it is everything an animation can and should be for viewers young and old."

"A treat. With astonishing craft and visual storytelling that howls from the screen, Cartoon Saloon have surely secured their place in the animation hall of fame."

"Just like Moore’s previous films The Secret of Kells and Song of the Sea, a consistently mesmerizing Celtic flavor is imbued into the animation, music, and story."

"Textured in ways that family entertainment is rarely allowed to be and even more visually ambitious that the other Cartoon Saloon films, this is a special movie."

"The beautifully rendered result proves to be even more than one had hoped for: a visually dazzling, richly imaginative, emotionally resonant production that taps into contemporary concerns while being true to its distant origins."

"Every aspect of Wolfwalkers is thoughtfully, beautifully rendered, and the story is full of twists that keep things unpredictable until the finale. It’s one of the most impressive films of the year, and the best animated film of 2020 thus far."

"Far and away the best animated film of the year so far (one worthy of such hosannas no matter how limited the competition has been), this heartfelt tale of love and loss is the most visually enchanting feature its studio has made thus far, as well as the most poignant."

"In the decade since “Kells,” it’s not just the technological advances that make Moore’s latest so impressive, but the rapidly changing cultural conversations as well. He brings everything together by borrowing from timeless visual influences, leaving audiences with another stunning artwork for the ages."