Do nothing. Stay and fight. Or leave. In 2010, the women of an isolated religious community grapple with reconciling a brutal reality with their faith. (PG-13, 104 min.) 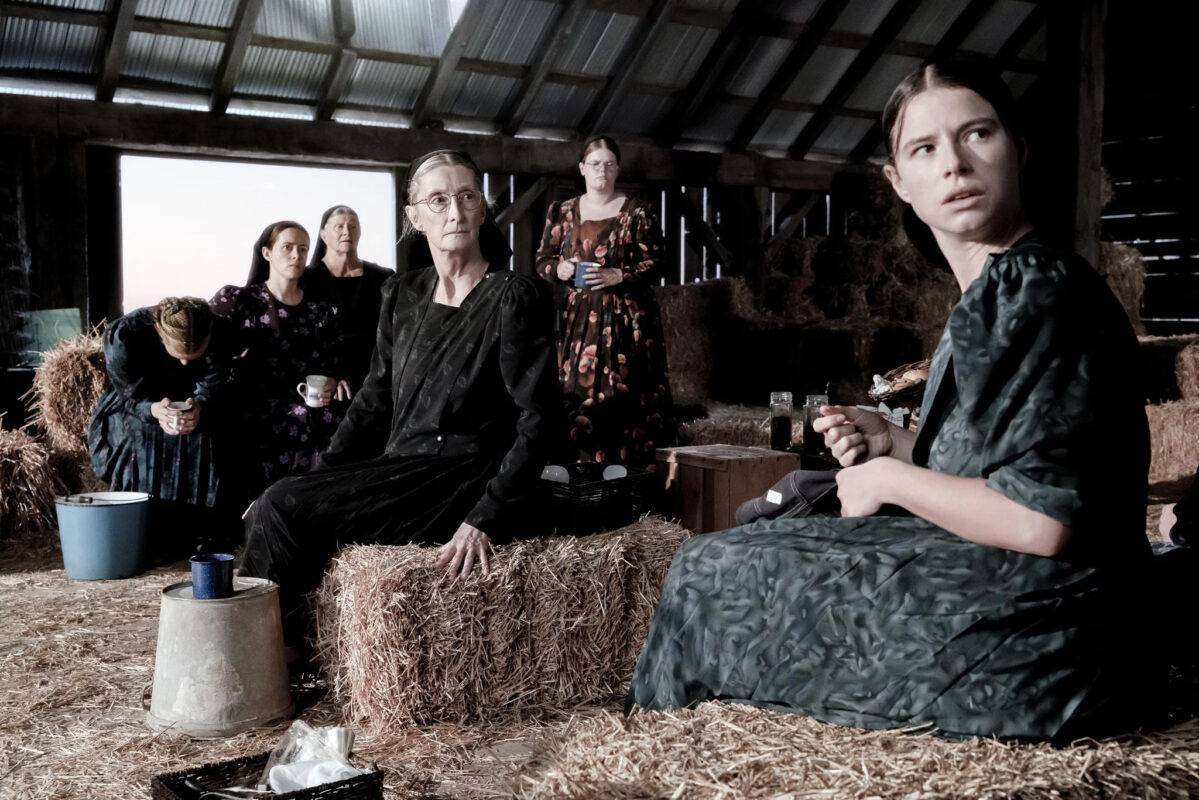 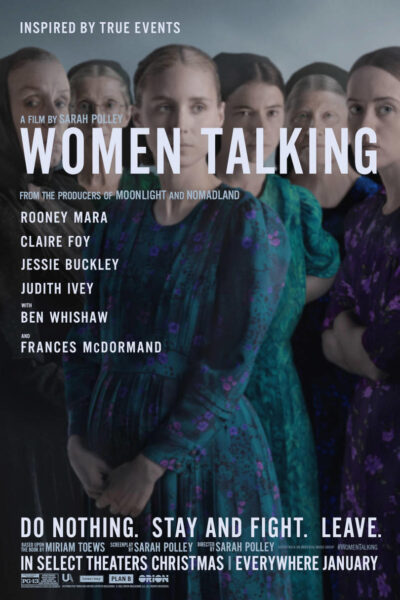 In 2010, the women of an isolated religious community grapple with reconciling their reality with their faith. Based on the novel by Miriam Toews. [Metacritic]

"'Women Talking' is full of phenomenal acting by a group of actors at the top of their game."

"'Women Talking' is a powerful, moving tribute to quiet strength — and, unexpectedly, to hope."

"Brilliant and devastating Women Talking [is] a daring experiment in riveting conversation as high drama."

"Self-assured, brimming with conviction and intellectually demanding - Women Talking is what cinema should be about."

— Martin Carr, We Got This Covered

"From the acting to the directing and on to one of the best screenplays of the year, it is a tour-de-force in every sense."

"Polley has taken a pointed, of-its-moment novel and turned it into an indictment and a plea for civil discourse in a call-to-arms moment."

"Women Talking is full of phenomenal acting by a group of actors at the top of their game. There are a lot of characters here, but even the most minor are given moments to shine."

"Insightfully complex, for a film where almost every meaningful minute takes place in the dusty hayloft of a creaky old barn, this is as tense and as suspenseful a thriller as anything I’ve seen in 2022."

"Hard as it might be to imagine, Women Talking is an upbeat and propulsive film cut with a sharp wit and a ready sense of humor, even if its characters are often laughing as hard as they wish they could cry."

"Just as a war movie can encourage its audience to appreciate heroism and sacrifice, Women Talking reminds us of the value of language—its capacity for context, for constructive debate, and, in the end, for collective healing."

"Toews’ book could easily have been made into a play, but every widescreen frame of Polley’s film will make you glad that it wasn’t. She infuses this truth-inspired tale with a gripping multi-generational sweep from the very first line."

"Moments of levity and joy twinkle throughout the crackling, tense narrative, endearing the characters to us viewers. It's a fierce message against the oppressors, unapologetically feminist in reckoning against the patriarchy."

"Though the subject matter is intense and shocking, the intuitively sensitive and subtle Polley teams with a brilliant ensemble cast to tell the story with grace and empathy and even some much-needed doses of earned humor. It’s a film you won’t soon forget."

"Writer-director Sarah Polley’s vital film gathers together eight women—acted with heat and heart by a miraculous cast—to debate what to do about male sexual predators. Doing nothing is not an option in this unique and unforgettable landmark in the making."

"Women Talking is not melodramatic or desperate or exploitative. It is astute and urgent and may just help those previously unable to find words or even coherent feelings for their own traumatic experiences. And hopefully it might just inspire more works of wild female imagination."