Each member of a middle-class Taipei family seeks to reconcile past and present relationships within their daily lives. (NR, 173 min.) 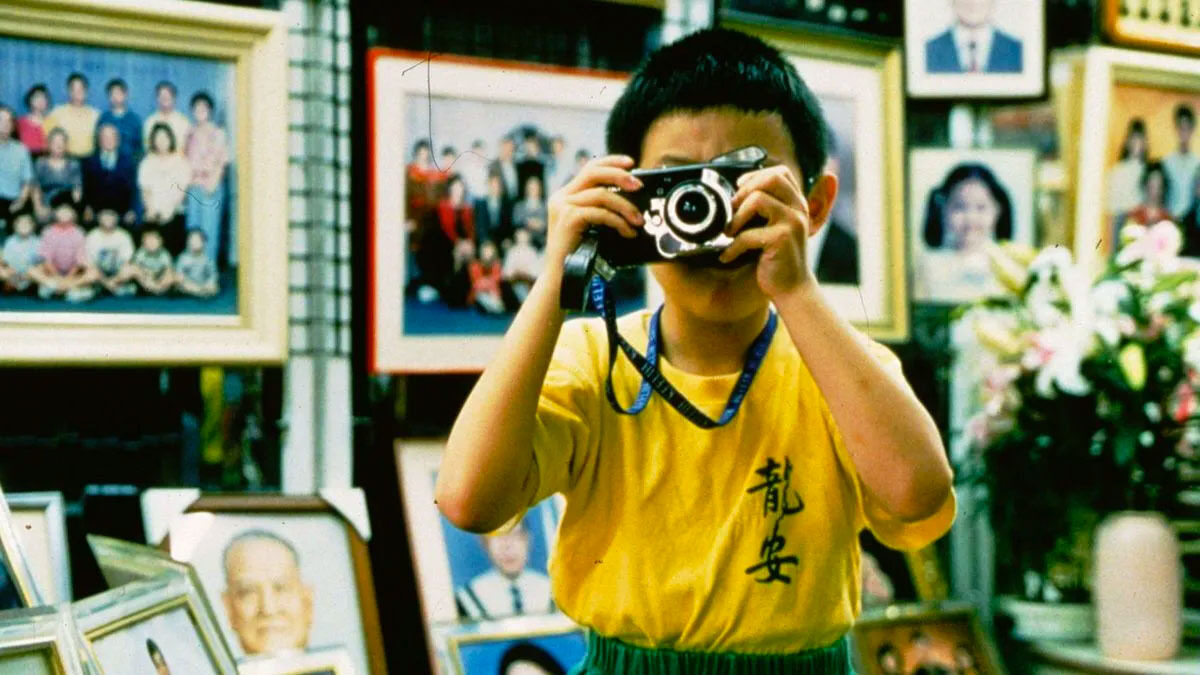 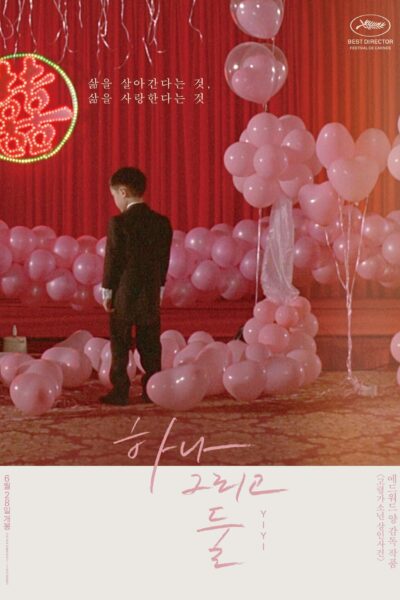 The extraordinary, internationally embraced Yi Yi (A One and a Two . . .), directed by the late Taiwanese master Edward Yang, follows a middle-class family in Taipei over the course of one year, beginning with a wedding and ending with a funeral. Whether chronicling middle-age father NJ’s tentative flirtations with an old flame or precocious young son Yang-Yang’s attempts at capturing reality with his beloved camera, the filmmaker deftly imbues every gorgeous frame with a compassionate clarity. Warm, sprawling, and dazzling, this intimate epic is one of the undisputed masterworks of the new century. [Criterion]

"A marvel of delicacy and humor."

"Chances are, you'll watch most of it with a smile on your face, and you'll miss these characters when it's over."

"Yang favors a gentle and introspective style that shows how deep and strong everyday emotions can run. A memorable treat."

"In its low-key way, Yi Yi presents an intelligent, profound and at times heartrending slice of Taiwanese middle-class existence."

"The one movie so far this year that every filmgoer should see, if only to get a big dose of what we've been missing from Hollywood."

"An amazing experience: as if a TV soap opera, packed with the usual catastrophes, were done with unaccustomed depth and real storytelling genius."

"One of the year's best: a rich, funny, enormously humane portrait of a middle-class Taipei family in the throes of romantic, economic and spiritual upheaval. [2000]"

"Wise, delicate and impeccably performed, Yi Yi is a three- hour drama that looks at one middle-class family in transition -- and does so with such a kind and probing eye that we all see our lives reflected through Yang's lens."

"It's a magical film -- an exquisitely made and exceedingly wise family drama that communicates a touching sense of the universality of the human condition, and leaves us with the rich emotional satisfaction we just don't seem to get often at the movies anymore."

"A humanistic masterwork. The film’s brilliance emanates equally from its structure (the story is delicately bookended by two cultural rituals: a wedding and a funeral), the acuteness of its gaze, and Yang’s acknowledgement of life as a series of alternately humdrum and catastrophic occurrences, like a flower that blooms in the summer and wilts in the fall; he hopes you will notice it, because seeing is what validates its unique extraordinariness."