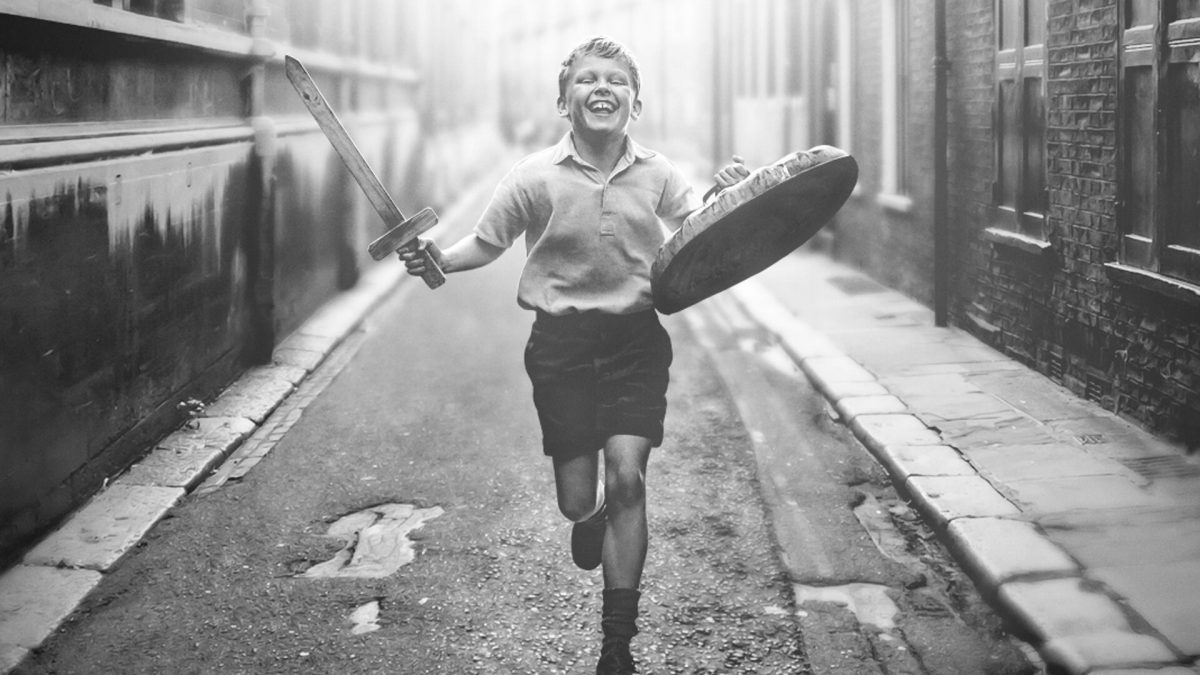 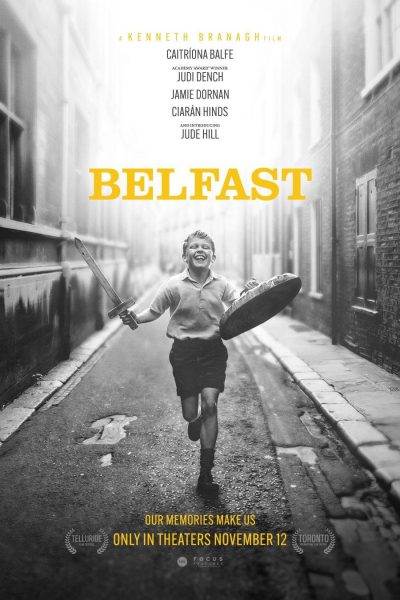 A coming-of-age drama set during the tumult of late-1960s Northern Ireland, the film follows young Buddy (Jude Hill) as he navigates a landscape of working-class struggle, sweeping cultural changes, and sectarian violence. Buddy dreams of a glamorous future that will whisk him far from the Troubles, but, in the meantime, he finds consolation in his charismatic Pa (Jamie Dornan) and Ma (Caitríona Balfe), and his spry, tale-spinning grandparents (Ciarán Hinds and Judi Dench). [TIFF]

"[Branagh's] most intimate and deeply felt film to date."

"It will nab an easy best picture Oscar nomination next year."

"It’s a heartfelt salute from Branagh to his hometown, and what he loved there."

"The story that's told is deeply affecting, and how many films contain five superb performances? This one does."

"Love letters to the past are always addressed to an illusion, yet this is such a seductive piece of myth-making from Branagh."

"The result is engaging, tender film-making which tugs at the heart-strings, spurred by a sympathetic cast and the young lead, newcomer Jude Hill."

"The acting is brilliant across the board, starting with Jude Hill; who really does seem like a nine-year-old Branagh and doesn't have a false moment on screen."

"The film feels true in the way it must be exploring Branagh’s memories of a tumultuous and confusing time, and the way it pays tribute to a vibrant community as that community is irrevocably changed."

"Belfast is a love letter to both a city, and the ghosts of Kenneth Branagh’s past. There’s clearly soul-searching going on as he re-examines events from his childhood, and how they affected those he loved, and the decisions they made."

"No wonder Kenneth Branagh’s funny, touching and vital look at his own coming of age in Northern Ireland’s turbulent capital city is the Oscar frontrunner for Best Picture. No movie this year cuts a clearer, truer path of the heart. It’s his personal best."

"The parts of the movie that are going to resonate the most have the pacing they need to bring up one’s own memories of listening to a grandparent’s advice, of doing something you shouldn’t have to impress someone, or working up the nerve to talk to someone you liked. Perhaps these resurfaced memories are an unintended souvenir of visiting Branagh’s “Belfast,” but it’s one that may stick with moviegoers for quite some time after the credits roll."